During the late 1600s, the monarchic system of governance of both England and France were undergoing a change. In England, the shift was away from an absolute monarch towards a more powerful parliament. In France, Louis XIV reinforced his own authority while sabotaging the general assembly of France. This Historyplex article elaborates on absolutism vs. constitutionalism comparison witnessed during this period.

During the late 1600s, the monarchic system of governance of both England and France were undergoing a change. In England, the shift was away from an absolute monarch towards a more powerful parliament. In France, Louis XIV reinforced his own authority while sabotaging the general assembly of France. This Historyplex article elaborates on absolutism vs. constitutionalism comparison witnessed during this period.

During the late sixteenth and seventeenth century, the power moguls, England and France, set examples of two contrast rules. One was of absolutist monarchy in France, and second was a parliamentary monarchy in England. These parallel ruling styles became world models of communism and democracy.

The causes for these two contrasting forms of administration were the direct influence of the sovereigns of both countries. The monarchs of France, Louis XIII and Louis XIV, worked with the nobles and upper class of society, manipulating them into asserting the ‘divine rights of kings’. France also flourished under the Roman Catholic Church, and the monarchs gained support from the Roman Catholic masses that outnumbered the Protestants, thus staying away from religious strife, unlike England. Hence, an absolute monarchy system prevailed in France.

The monarchs of England, James I, Charles I, Oliver Cromwell, Charles II, and James II reigned when England was going through religious turmoil due to contrasting religious dogmas and ideologies. There was high religious intolerance among the Catholics, the Protestants, and the Puritans. During this period, the Parliament arose as the supreme power because the nobles and the upper class controlled the political and financial strings of the monarchs, thus creating a bone of contention among the nobles and the reigning crown. By the end of the seventeenth century, Parliament held most of the positions in policy-making than the monarch, leading to the birth of parliamentary monarchy.

Definition
Absolutism is a monarchical form of governance where the monarch exerts ultimate authority as head of state and head of government, thus maintaining political power over the sovereign state and its subjects.

Constitutionalism is a form of governance in which a monarch is legally restricted within the boundaries of a constitution, and the power to create and pass legislation resides with an elected Parliament.

◆ In absolutism, the state comes under the rule of one despotic individual who claims to have a divine right to rule. By seeking the co-operation of the nobles, these sole rulers levied ways to increase taxes and increase the state revenue.

◆ These monarchs maintained permanent standing armies to exert their supremacy, power, and control over the masses.

◆ The Calvinist-turned-Catholic Henry IV ended the French religious wars with the Edict of Nantes and with his minister Maximilian de Béthune, Duke of Sully, thus laying the foundations of French absolutism. Within twelve years, the economy and standard of living improved in France. After the murder of Henry IV, in 1610, Marie de’ Medici headed the governance on behalf of the child-king Louis XIII, but the feudal nobles and princes of the blood also dominated the political scene.

◆ In 1624, Marie de’ Medici appointed Armand Jean du Plessis (Cardinal Richelieu) as the first minister of the Crown. Richelieu reorganized the power of the nobility by reshuffling the royal council, leveling castles, and executing blue-blooded conspirators who worked against the king. He divided France into thirty-two districts and placed a royal attendant with extensive responsibility of justice, police, and finances. These royal attendants enrolled soldiers for the army, supervised tax collection, kept an eye on the local nobility, presided over the administration of local laws, and regulated economic activity. Richelieu and Louis XIII temporarily solved the financial woes by sharing the money from altered taxation with local elites.

◆ Jules Mazarin was nominated as the successor of Richelieu, and when Louis XIII died in 1643, Queen Anne of Austria administered the governance on behalf of the child-king Louis XIV, thus exalting Mazarin as the supreme power of the crown. Mazarin aroused rebellion among the nobles, called the Fronde, in 1648, when he proposed new methods of raising state income. All these situations led to the rise of absolute monarchy under the reign of Louis XIV.

◆ The reign of Louis XIV, also known as the ‘Sun King’, was the longest in European history, and the absolutism in French monarchy reached its zenith during his reign.

◆ Louis XIV segregated power from status and nobility using court ceremonials, entertainment, sleuths, and informers to keep an eye on the nobles. He ranked bourgeois officials who served him without the need to share the power with them. Finances turned grave for the poor because the burden of taxation fell on them as the rich class were exempted from the same, and the pomp and luxury of the court of Versailles and extensive military reforms cost money.

◆ Louis XIV appointed Jean-Baptiste Colbert as the controller general of finances, who later managed the entire royal administration and became chief financial minister. Mercantilism grew, Colbert, in order to boost exports, proposed that the French sell items abroad without buying back and use subsidies for domestic industries, tariffs, and policies to attract foreign artisans in order to make France self-sufficient. He also created a powerful merchant navy to transport French goods and promoted colonization of French territories. The absolutist state also sought to control religion, and in 1685, Louis XIV evoked the Edict of Nantes because he wanted to promote the propaganda of ‘one king, one law, one faith’.

◆ In 1666, Louis appointed François Michel Le Tellier marquis de Louvois to create a professional army with the king as the supreme head. Louvois devised various vicious methods in recruiting troops by seizing men off the streets, conscription, and through lottery. Under the strict supervision of Jean Martinet, the foreign and native soldiers were turned into a strong-armed military political machine.

◆ The War of the Spanish Succession, which ended in 1713 with the Peace of Utrecht, applied partition, and Philip remained the first Bourbon king of Spain. The treaty completed the descent of Spain as a great power, flourished the British Empire, and marked the end of French expansionist policy.

◆ The English Civil War (1642-1649) tested the sovereignty in England, and the period between 1649 and 1660 was known as the ‘Interregnum’, because it divided two monarchic periods, Cromwell and the Protectorate. After King Charles I was beheaded on January 30, 1649, a republican form of government was proclaimed and legislative power was vested on members of Parliament, and executive power was lodged in a council of state.

◆ The Restoration of 1660 reinstated the sovereignty of Charles II, houses of Parliament, the Anglican church, the courts of law, and the system of local governments, but failed to solve the conflicts of Puritans, Catholics, and protesters from the state church. New members of the Parliament proceeded to ordain a set of laws that sought to compel religious uniformity. According to the Test Act of 1673, those who refused the sacrament of the Church of England could not vote, hold public office, preach, teach, attend the universities, or even assemble for meetings.

◆ The kinship between the Parliament and Charles II was due to the appointment of a council of five men who served both as his major advisers and as members of Parliament, thus acting as liaison agents between the executive and the legislature. Charles had no legitimate children and his brother and heir, James, Duke of York, who publicly admitted his favor towards Catholicism, became the next successor to the throne of England.

◆ James II appointed Roman Catholics to supreme posts in the army, educational institutions, and local government administration. In later political development, Parliament offered the throne to James’s Protestant daughter Mary and her Dutch husband, Prince William of Orange. With this turn of events, James II fled to France in December 1688.

◆ The period of events from 1688 to 1689 are termed as the ‘Glorious Revolution’ because William and Mary accepted the English throne by acknowledging the supremacy of Parliament. Parliament framed their intentions in the Bill of Rights, which was stated that there would be Parliament sessions at least every three years. The Crown could no longer make judicial decisions, there would be no standing army during peacetime. Thus, it gave rise to constitutionalism in the once absolute state.

◆ Political philosopher John Locke’s Second Treatise of Civil Government recorded that people set up civil governments to protect life, liberty, and property. His writings linked economic liberty and private property with political freedom and served as the great source of information for the liberal English revolution of 1688.

◆ In the absolutism form of governance, it’s easier to make decisions as the state is ruled by a single person without having to consult any one. Monarchs taking quick decisions during the time of war is considered time- and life-saving.

◆ Countries that use absolutism form of governance are more stable because the people look up to a single leader as their sovereign head.

◆ The citizens are treated fairly, especially regarding legal issues, as the rules are uniform throughout the state.

◆ Absolutism governance aides in maintaining alliances with other countries especially during war.

◆ Constitutionalism limits absolute power. A uniform set of constitution laws frame the administration of the country. Civil liberties, judicial system governed by courts, freedom of speech, and uncensored media access are some of the advantages.

◆ The absolutism form of governance becomes despotic and oppressive under one ruler. The upper class enjoy tax privileges, and all the burden is levied on the poor class.

◆ Constitutionalism leads to corruption as leaders keep changing, and there is a tussle for power.

While France was centralizing power through absolute monarchy, England moved increasingly in the direction of representative government and constitutional monarchy, leading to a gradual reduction in the power of the monarch rather than a fierce overrule, as it was later witnessed in France. 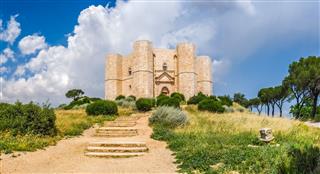 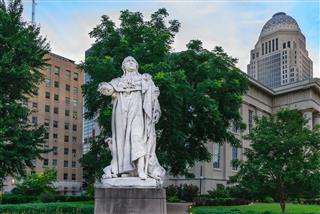