These Accomplishments of Princess Diana Will Warm Your Heart

Princess Diana was a humanitarian and a philanthropist. People all over the world remember her for what she was. In her honor, Historyplex takes to enlisting her myriad accomplishments.

Home / Uncategorized / These Accomplishments of Princess Diana Will Warm Your Heart 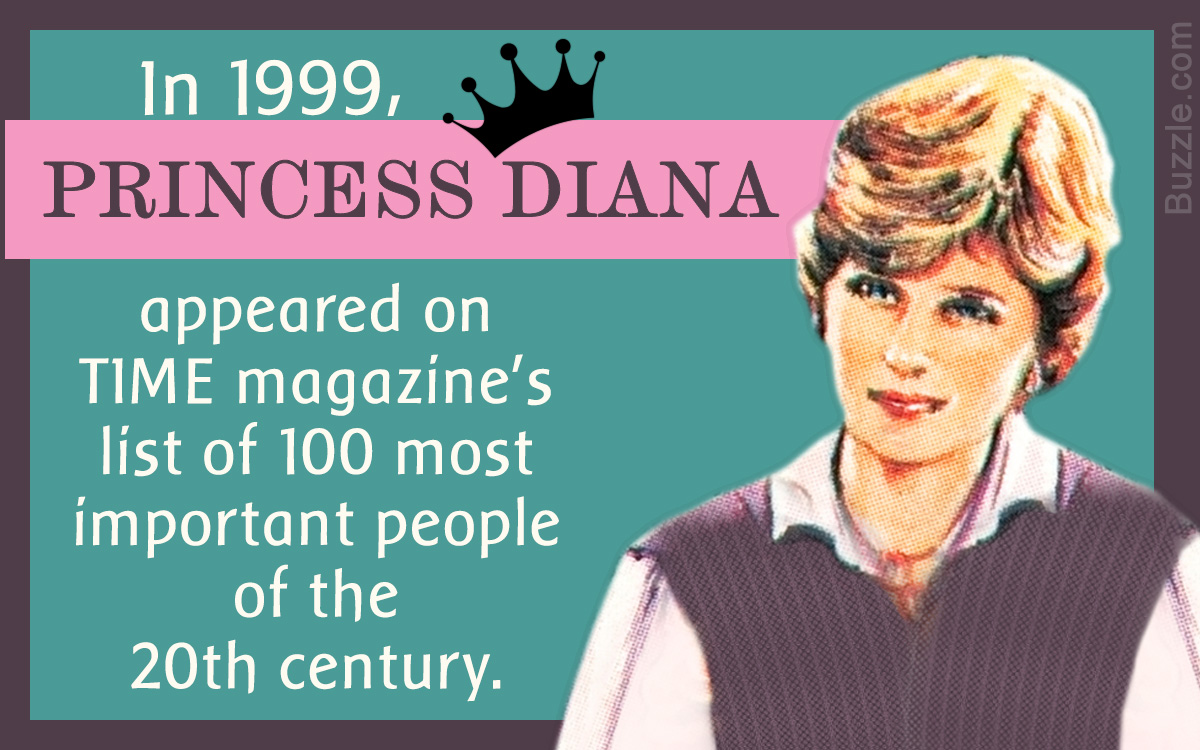 Princess Diana was a humanitarian and a philanthropist. People all over the world remember her for what she was. In her honor, Historyplex takes to enlisting her myriad accomplishments.

Princess Diana was born on July 1, 1961, as Diana Frances Mountbatten-Windsor and became the Princess of Wales by marriage to Charles, Prince of Wales. She was an icon of femininity not only for the people of Britain, but also for the entire world. Princess Diana was the queen of the people’s heart and mother of princes William and Harry.

✦ One of the accomplishments of Diana was she succeeded in making the world a better place for a lot of people around the globe. She supported many causes and charity projects. Apart from supporting various charity works, she also helped many people personally.

✦Princess Diana played a significant and active role in the International Campaign to Ban Landmines. She worked towards a ban on anti-personnel mines, and this campaign won the Nobel Peace Prize in 1997. Diana was concerned about the injuries that occurred to the landmine workers, especially children.

✦ She helped raise AIDS awareness through AIDS programs and revealed to the world that victims of AIDS deserve to be treated with compassion and kindness. She played a significant role in de-stigmatizing the perceptions about people who were HIV-positive. Princess Diana allayed prejudices regarding the AIDS victims by holding and shaking hands with them.

✦ Diana was involved in many charity works for children who were underprivileged, drug abused, and who were suffering from ill-health. She was a patron of the British Deaf Association. She learned a number of sign languages in order to associate and communicate with the hearing-impaired people in the UK and around the world.

✦ This great personality was involved in many fundraising programs for various charities. She did not give much importance to the glamor side of the charity projects. Diana made it a point to visit all the charitable societies under her patronage twice a year. She spoke with the inmates and the staff personally.

✦ A rare ability that Princess Diana possessed was to make people happy by simply shaking hands with them, hugging them, or by just talking to them. She was a good listener and a great empathizer.

✦ She visited many hospitals unannounced and spent time with patients who were terminally ill. Once she was asked whether she was depressed about meeting people who were sick, and she replied: “No, sitting on the edge of someone’s bed in those situations is the least complicated relationship you can have in your life. They’re happy to see you, you’re happy to do whatever small amount you can do just by being there. And it’s incredibly energizing. It’s what keeps me going.”

✦ Princess Diana was a great mother and raised her children with love, affection, and devotion. She followed her heart rather than the royal protocols in raising her children. She involved her children in her charity work; the young princes would accompany her to visit sick people in hospitals and also wrote letters to sick and old people who lived in her charity. As per the idea of Prince William, many of her dresses were sold to fund her charities.

✦  She was listed as being amongst the list of 100 most important people belonging to the 20th century by the TIME magazine in the year 1999. In addition to this, she was also named 3rd in the list of 100 greatest Britishers.

✦ Her photographs appeared on the front cover of the People magazine 81 times.

It would be wise to summarize the accomplishments of Princess Diana in the words of Queen Elizabeth II of England: “She was an exceptional and gifted human being. In good times and bad, she never lost her capacity to smile and laugh, nor to inspire others with her warmth and kindness. I admired and respected her – for her energy and commitment to others, and especially for her devotion to her two boys.”