This is How Concentration Camps Used to Be During the Holocaust

The most barbaric treatment of human beings that can be likened only to punishment in the middle ages, was the treatment of the Jews in concentration camps during the Holocaust. Learn all about the bitter reality in this article. 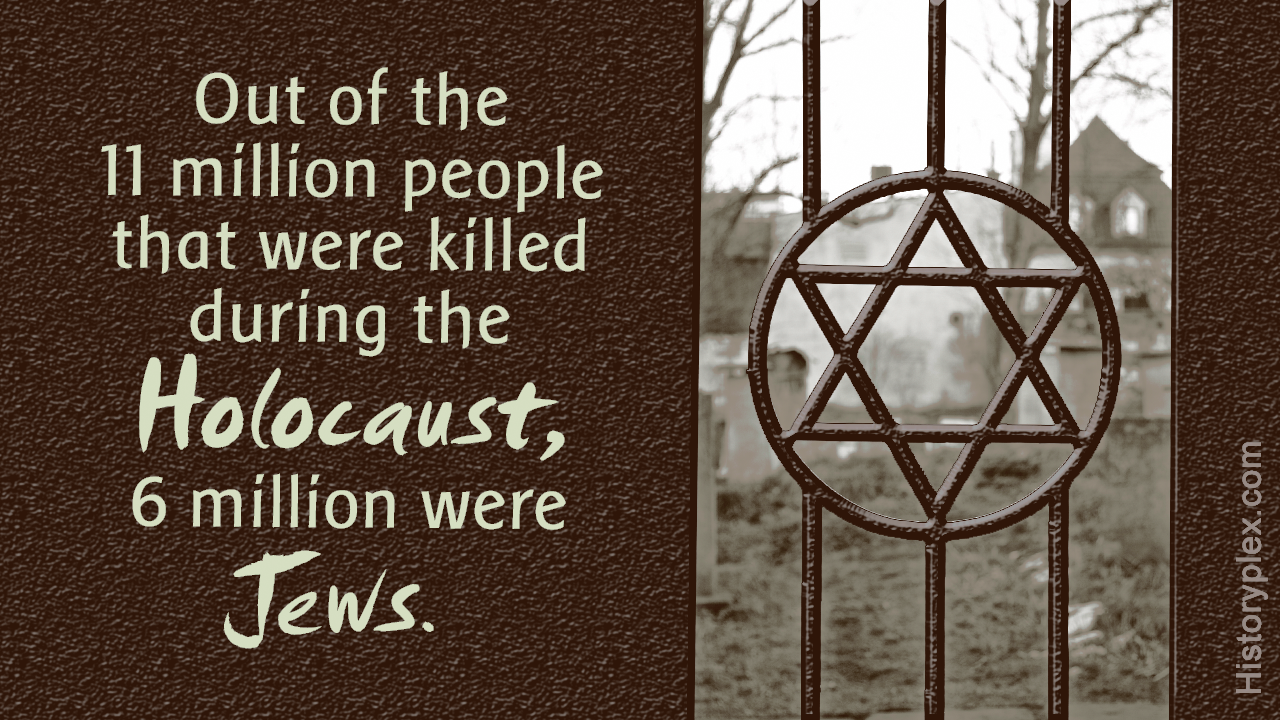 The most barbaric treatment of human beings that can be likened only to punishment in the middle ages, was the treatment of the Jews in concentration camps during the Holocaust. Learn all about the bitter reality in this article.

Defined as the mass extermination of European Jews during World War 2, because they were not considered to be of the pure Aryan race. Adolf Hitler considered the Jews to be a reason for the failure of Germany in World War 1, and further perpetrated the already prevailing hatred against them. Nazi concentration camps started out as the place to hold captive prisoners of war, and opponents of the political regime. As the second world war began, the brutal face of Nazism became clearly visible, as millions of Jews were captured and sent to these camps, in what they called a ‘purification drive’ or ‘final solution’.

What ensued was the establishment of over 9000 concentration camps, of which the most infamous camp was Auschwitz. The extermination drive was at its prime in the years 1942 till the end of the second world war, after which the camps were discovered and destroyed. These camps consisted not only of Jews, but also criminals, prisoners of war, physically disabled, mentally disabled, Polish laborers, homosexuals, Russian Jews, Italian Jews, and even Catholic priests.

Nazi principles stated that a Jew would always be a Jew even if the person converted to Christianity or any other religion. They thus encouraged and implemented extermination practices in all areas. Given below are some chilling facts about these camps.

The task of fabricating the concept of concentration camps, and implementing the extermination process of the Jews was entrusted to Adolf Eichmann, a trusted commander. Several of these camps were set up along railroad lines. Most of these camps were placed outside Germany. All the Jews were brought together in ghettos, and were told that they were being relocated to work in the east. The camps were taken care of by a commandant, who overlooked the daily operations. Under him was the Schutzhaftlagerfuhrer, who was in charge of the inmates, followed by an administrator, to handle finances. Further, there were several engineers, doctors, and finally, the guards.

Phase 1: Arrival at the Concentration Camps

The journey to the camp began with a train journey, where the prisoners had to travel for several days without food and water. They were ordered to then get off the train, and get ready to work. The Jews were always chided by officers, telling them that they ought to put their lives to some constructive use. Men were made to perform laborious tasks, while women were either to work with the men or maintain the house.

The young, the old and the useless were executed first. Sometimes in defiance, the Jews would remain close together on the train, and refuse to move. This act of defiance was immediately met with an open fire on them by the German guards. They would be coaxed out of the train saying that work awaited them, and when they stepped out of the train, the guards opened fire on them. This left very few Jews in a condition to enter the camp.

Phase 2: Immediate Death vs Settling In

After the Jews got off the trains, they were faced by a doctor at the entrance of the camp. Every prisoner was to be seen by the doctor, who would point to the left or the right with his thumb. An indication to the left meant the prisoner was to be put to death immediately. The stronger ones were directed to the right, leading to the camp. Families were torn apart in the process. Men were put into barracks separate from their wives and children. A number was tattooed on their forearm, by which they were now recognized. Their names held no meaning, and this led to a complete loss of identity. More than ten thousand prisoners were huddled into barracks designed for a mere thousand.

Phase 3: A Typical Day in a Concentration Camp

Phase 4: The Consequences of Living in a Concentration Camp

Conditions in the camps were never humane. Upon seeing the brutalities that were inflicted on people around, and with the constant fear of punishment that sometimes led to death, several inmates entertained thoughts of suicide. The grouping together of several thousands of people, in order to punish them and make them pay for being born of blood that was not ‘pure’, resulted in the following occurrences.

In an effort to survive all the inhumanity, the prisoners turned to religion. They began to believe that all this was happening for a purpose, and that there was a meaning to all that they were suffering. The only way to maintain their dignity was to live through it, without giving up.

Death was constantly looming in the concentration camps. It either came naturally, or was invited. Sometimes, death of the prisoners was a game played and thoroughly enjoyed by the German officers. Some of the different ways in which people died have already been mentioned above. There were more.

By German Officers: Many a time these officers would engage in a ‘shooting competition’. While the prisoners were performing their daily duties, of carrying stone, or other material, the officers would aim and shoot at the tip of their nose, or any other body part. As has been mentioned before, being sick, or injured meant death. The prisoners injured in this ‘competition’ were then considered of no specific benefit to the concentration camp, and were shot immediately.

Death Upon Arrival: As has been mentioned before, upon arrival several inmates were sentenced to immediate death, as they weren’t considered healthy enough to be a part of the concentration camp. In such cases, they were transported to death camps, which were sometimes close to the concentration camps. At other times, it involved more long journeys, in gassed trucks and trains, which means they died on the way to the death camp.

Gas Chambers and Extermination Camps: These were used not only for the mass murder of Jews, but also those who were physically and mentally disabled. This was a practice carried out even to eliminate homosexuals from society.

What was surprising, was that the officers who carried out the entire extermination process, knew that the same fate awaited them. Many a time they would come across the corpse of a relative, their wife, their kids, and would behave like they were just another dead body. Another surprising revelation about concentration camps during the Holocaust is what is popularly known as the ‘Holocaust Denial’.

In spite of every shred of evidence present before their eyes, prominent political figures and historians have actually refuted the claims of the existence of concentration camps. Some of the claims include calling the Holocaust a myth, created by allied countries during the second world war, to defame Adolf Hitler and Germany. They say that this was further magnified by the Jews to garner support for their own homeland.

The bitter truth however, lies in the fact that there were indeed over 1,600,000 Jews sent to concentration camps, and several millions met their deaths in gruesome manners. Survivors suffered from severe trauma and shock that was caused as a result of the treatment meted out to them. They would often relive the indescribable events that had been etched in their memories, in the form of terrifying nightmares; memories of what can justifiably be called the most deplorable and distressing human experience in history.