This write-up is a very brief chronology of the events that occurred in the history of the Dominican Republic. Here goes... 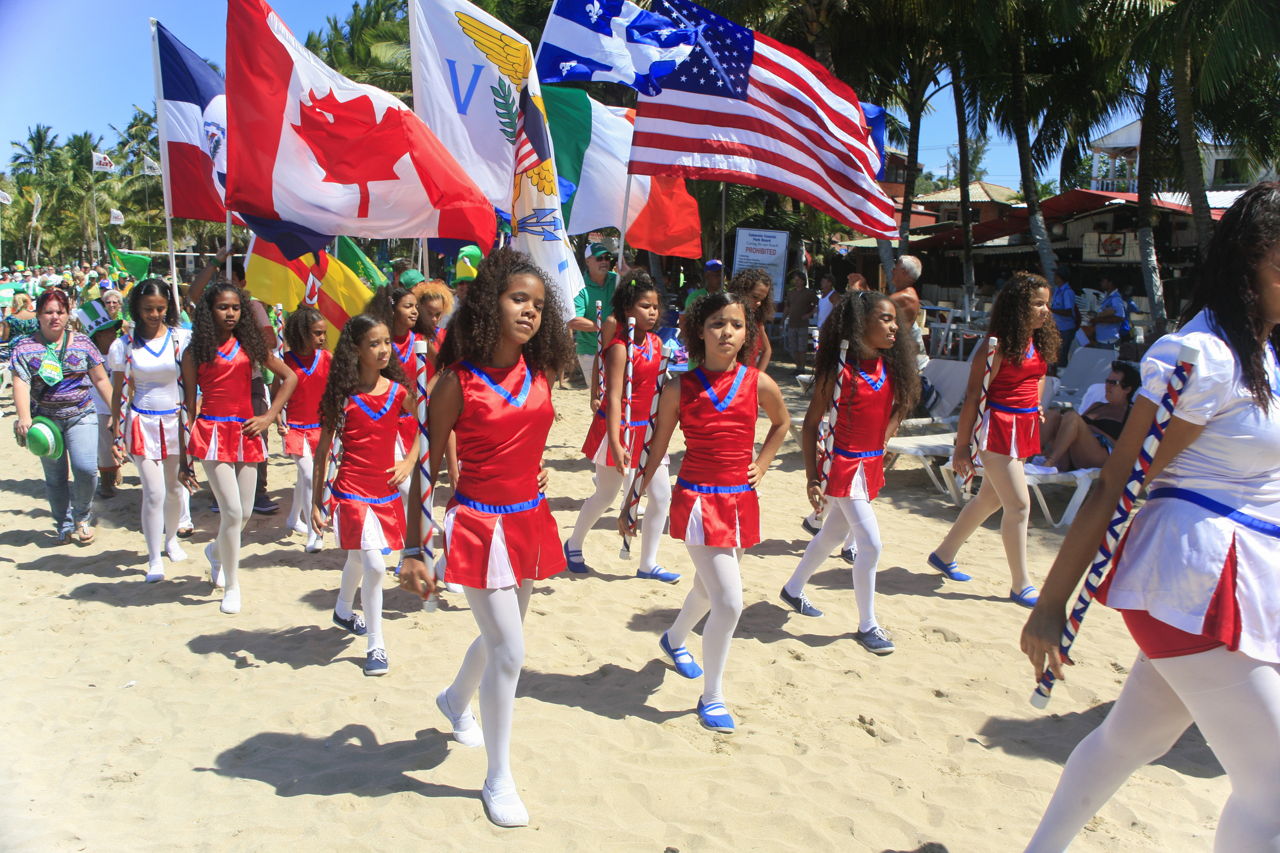 This write-up is a very brief chronology of the events that occurred in the history of the Dominican Republic. Here goes…

The Dominican Republic shares the island of the Hispaniola along with the Republic of Haiti. Its close neighbors are Puerto Rico on the east, Jamaica and Cuba on the distaff west, and Venezuela on the south, for which it is a maritime boundary. The capital of the Dominican Republic is Santo Domingo.

This primarily Spanish speaking country has seen a much checkered history, full of violence and turmoil in its years of existence. The following are the prime events that occurred in the history of this land.

The Discovery by Christopher Columbus

Christopher Columbus was the first outsider to reach the land that we know today as the Dominican Republic. He reached here on the 5th of December, 1492, and occupied two-thirds of the island. The rest one-third belong to the Republic of Haiti. In fact, Columbus was searching for India when he reached here, by mistake. That is the reason the original natives of this land were thought to be Indians. The original natives of the Dominican Republic were the Taíno aboriginals, who probably settled there since 600 AD. These original inhabitants had named the island as Quisqueya, which literally means ‘highest land’. In 1508, after Columbus acceded the land to King Ferdinand, the island heretofore known as Quisqueya was rechristened as Island of Santo Domingo.

The Extermination of the Taínos

After the Spanish settlement in the Island of Santo Domingo, began a long and arduous historical era in which the Taínos were exterminated in one way or the other. The Taínos had welcomed the Spaniards in the beginning, but when they saw that the Spaniards were totally infiltrating their land, they began resisting. One of these resistors, Queen Anacaona was captured and executed. Though other people like Chief Enriquillo and Chief Guacanagari fought valiantly to preserve their land, the Taínos quickly reduced in numbers. They diluted their own race by breeding with African slaves, and the women who produced children with the European invaders.

By the mid 1500s, by 1560 to be specific, the Taíno population had significantly died out. The people now walking the land of the Island of Santo Domingo were primarily Europeans (Englishmen and Frenchmen had also come in, along with the Spaniards) and slaves from Africa.

The Struggle for Independence

The Spaniards began neglecting and mismanaging the Island of Santo Domingo, once their initial conquests and establishment of supremacy were done with. This was when the Island of Santo Domingo felt the need of breaking the yoke of the Spanish rule. An ephemeral independence was declared by José Núñez de Cáceres, a Spanish lieutenant. This could have been a successful movement, but within three months, troops from the neighboring Haiti Republic attacked the island.

The Haitian rule brought some good to the land―slavery was abolished, feudalism was ended, and the Church supremacy was trimmed. But there was forceful drafting of men into the army, and education declined. This was the period of the flight of Dominicans to neighboring countries like Cuba and Venezuela to escape the drafting.

Independence to the Island of Santo Domingo came only in the 1800s, after a long struggle that was spearheaded by such leaders as Juan Pablo Duarte, Romón Matías Mella, and Francisco del Rosario Sánchez. These Founding Fathers drafted the First Constitution of the country on November 6, 1844, and the Dominican Republic came into existence.

Back to Colonialism and Restoration

Despite winning its independence, the Dominican nation did not see its historical turmoil smoothening out yet. The El Liberador Pedro Santana turned the Dominican nation back into a colony, under the Spanish crown. This was in 1861, and in 1863, the War of Restoration broke out, with the leaders at the helm being Santiago Rodríguez, Benito Moncíon, and Gregorio Luperón. Haiti supported the Dominicans in this, because they were wary of a colony on their border. Even the US helped, primarily due to its own taste of revolution with the Civil War.

It was a vigorous fight, and eventually the Spanish troops were vanquished. The Dominican Republic’s restoration was officiated on August 16, 1863.