The following article provides a quick peek into the lifestyle of people during the Elizabethan era. Read on to know about the life, food, clothing, means of entertainment, music, and famous names of this golden age...

The following article provides a quick peek into the lifestyle of people during the Elizabethan era. Read on to know about the life, food, clothing, means of entertainment, music, and famous names of this golden age…

This era of Great Britain is also known as the golden age, and is named after its virgin Queen Elizabeth I. Of course, that’s not the only reason why it’s called the golden age. Culture, music, clothing, food, customs, literature, and not to mention the famous people such as William Shakespeare and explorers like Sir Walter Raleigh and Sir Francis Drake, have each contributed to make this era very special and memorable in the European history.

It was the age of the Renaissance so lots of new ideas pertaining to literature, science, education and religion began affecting the way people lived their lives. But mostly, the life of the people in this era depended on the class they belonged to. Family ties were very strong among the village people and professions were passed on from one generation to another. Women were considered inferior to men, both in lower classes as well as upper classes, and depended on men for all kinds of support.

For entertainment, people looked towards theater and sports. Gambling, hunting, hawking, archery, dog and cock fights, wrestling, skittles, bear and bull baiting, and hammer-throwing were the most popular sports of this era. Many new types of theater flourished, and produced some of the best plays in the English language. Some of the popular theaters were the Globe, the Curtain Elizabethan Theater, the Bull Ring and the Hope Elizabethan Theater, the Swan Theater, Newington Butts, and the Boars Head.

The diet, just like anything else in the era, varied according to the social class a person belonged to. The poor people mostly ate fish, cheese, bread, and ale. On the other hand, the rich had a wide variety to choose from. Meats such as mutton, bacon, beef, lamb, rabbit were a preferred choice of the elite. Fish, meats of pigeons, goose, swan and blackbirds were also eaten along with vegetables like carrots, turnips, leeks, onions, radishes and garlic. Some of the popular fruits were apples, strawberries, plums, pears and cherries. As for desserts, pastries, custard, cakes, cream, and tarts were widely savored. To decorate the banquet tables, models of birds, animals, wine glasses, playing cards, etc, were made out of marzipan and sugar.

The clothing in the Elizabethan era was very elaborate. Women wore dresses which were made of a number of garments. The dresses were designed in such a way that they highlighted the thin waist of the wearer. Padding up the shoulder and the hip area was pretty common. Both men and women were very fashion-conscious. They went to great lengths, such as importing fabrics from all over the world, to use in their clothing. The commonly used fabrics were silk, velvet, and fur. However, the lower classes could only wear clothes in fabrics like linen, wool, and sheepskin.

The kind of clothing one could opt for depended a lot on the Sumptuary Laws passed by Queen Elizabeth. According to them, only the queen and her relatives could wear clothing in which golden embellishments were used. Some of the popular ornaments and embellishments used were brocades, laces, embroidery, velvets, ribbons, buttons, and cords. As far as clothing in this era is concerned, there were some peculiarities to it, such as the women aped many of the designs in men’s clothing. Secondly, slashing of the clothes was done so as to reveal the inner garments. Men, on their part, wore jerkins with silk hats and leather shoes. Long flowing robes were worn by both men and women alike.

As Queen Elizabeth herself was a music lover, she greatly patronized musicians in her court. Religious church music, dance music and ballads were often played at the court. And it was not just the elites; people belonging to all the classes became interested in singing and performing. While the lower classes preferred to sing themselves during family dinners, the rich people, who could afford more, hired musicians to play music for them during parties and get-together.

Some other forms of music that became popular during this era were street music and theater music. William Shakespeare’s plays of this era, usually had poems accompanied by music, which were very aptly used to express all kinds of emotions. Some of the famous musical instruments of this era were – virginal, lute, trumpet, hautboy, big clarions, harp, sackbuts, and viol.

There are many popular names today whose origins lie in the Elizabethan era. Names such as “Miranda” and “Olivia” were in fact used for the first time by Shakespeare as names for his characters in his plays. Here is a list of some of the popular male and female names of this era.

Although people lived ordinary lives during this era, yet the kind of intellectual achievements and creativity this age fostered can be compared to none in the English history! 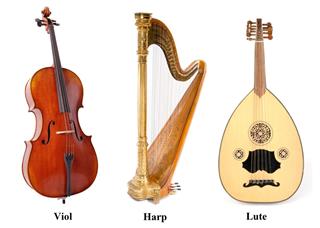 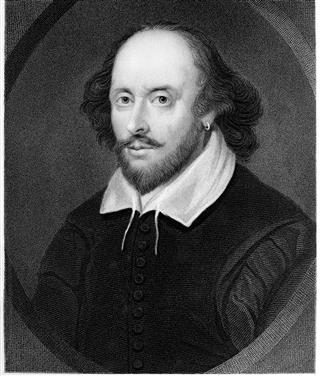 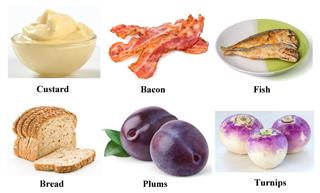