Former Iraqi president Saddam Hussein ruled his country with an iron fist for more than two decades. He is infamous for torturing and executing thousands of people under his rule. This Historyplex write-up will enlighten you with important facts about Saddam Hussein.

Former Iraqi president Saddam Hussein ruled his country with an iron fist for more than two decades. He is infamous for torturing and executing thousands of people under his rule. This Historyplex write-up will enlighten you with important facts about Saddam Hussein. 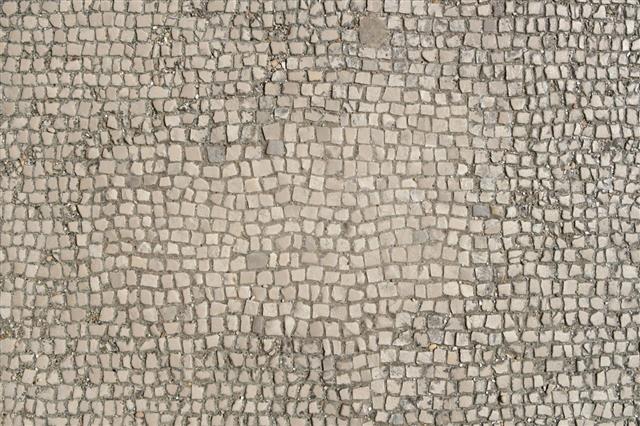 Considered as one of the most notorious dictators in recent history, Saddam Hussein ruled Iraq for almost two-and-a-half decades with an iron fist. An ardent admirer of Joseph Stalin, he tried to incorporate many of Stalin’s policies during his reign. It is hardly surprising then that like his idol’s, his reign too was a violent one, where opponents and even the general public suffered greatly.

We all are aware of how during his trial, he tried to justify his every action and even atrocities on women and children, but few of us know that he went on a hunger strike during his trial. He believed that the court wrongly accused him and in protest refused to eat. He had to be hospitalized due to malnutrition. This is a little known fact about the Iraqi dictator that epitomizes the personality and defiance of Saddam Hussein. Here, this Historyplex post shall take a closer look at his life and try to list other little known facts.

☞ Born on the 28th of April 1937, in Al- Awja a town 13 km away from Tikrit Iraq. He was the son of Hussein Abid al-Majid and Subha Tulfah al-Musallat. His birth name was Saddam Hussein Abd al-Majid al-Tikriti. His name Saddam in Arabic means “One Who Confronts.”

☞ His father was a shepherd who disappeared a few months before the birth of Saddam. A few months later, Saddam’s older brother died due to cancer. Unable to bear the death of her eldest son, the disappearance of her husband, and Saddam’s birth, she went into depression, which affected Saddam’s upbringing.

☞ When Saddam was three years old, he was sent to live with his uncle Khairallah Talfah in Baghdad. His mother remarried and had three sons from that marriage. After few years, Saddam came back to live with his mother, but his stepfather Ibrahim al-Hassan treated him very badly. So at the age of 10, he again fled to Baghdad to stay with his uncle.

☞ Kharaillah Tulfah was a devout Sunni Muslim. With his uncle’s support, Saddam enrolled into a nationalistic high school in Baghdad, after completing his secondary school, he joined an Iraqi law school for three years. However, he dropped out at the age of 20, in 1957, and joined the pan-Arab Ba’ath party, which his uncle supported.

☞ Sajida Talfah was Saddam’s first cousin and first wife. She was the daughter of Kharaillah Tulfah, their marriage was fixed when Saddam was five years old and Sajida was seven. They were married in Egypt in 1958.

☞ They had five children: Two sons―Uday and Qusay―and three daughters―Raghdad, Rana, and Hala. Both sons were killed in a firing in Mosul on July 22, 2003. After the war, all the daughters fled to Jordan and are currently living under the sanctuary of the royal family.

☞ In 1986, Saddam married his second wife Samira Shahbandar. Before marrying Saddam, she was the wife of an Iraqi Airways executive, but later she was Saddam’s mistress. Saddam forced her husband to divorce her so that he could marry her. After the war, she fled to Beirut, Lebanon.

☞ Wafa el-Mullah al-Howeish is rumored to be Saddam’s fourth wife. They got married in 2002, but there is lack of evidence. She is the daughter of Abdul Tawab el-Mullah Howeish, who was a former minister of military industry in Iraq and Saddam’s last deputy Prime Minister.

☞ At the age of 20, he joined the Ba’ath party whose ultimate objective was to unite all the Arab states in the Middle East. But Abd al-Karim Qasim, the then President of Iraq, had other plans, and he was not pleased with the idea of uniting all the Arab states. So on October 7, 1959, Saddam and other members of the Ba’ath party tried to assassinate him. Qasim’s driver was killed and Qasim was shot many times, but he somehow survived the attack.

☞ Saddam was shot in the leg and many of the assassins were captured and executed, but many others including Saddam managed to escape, and they all fled to Syria. He stayed in Syria for a while before going to Egypt where he took his law degree.

☞ Saddam’s uncle Kharaillah Tulfah was his guide as well as mentor. In 1963, Saddam’s wish was fulfilled and Qasim’s government was brought down during the Ramadan Revolution. Upon hearing this, Saddam returned to Iraq, but was arrested the following year due to fights within the Ba’ath party.

☞ However, he was actively interested in politics while serving his time in the prison. In the year 1966, he was appointed as the deputy secretary of the regional command. He managed to escaped from prison and took efforts to strengthen his political standing.

☞ In 1968, Ahmed Hassan al-Bakr became the President of Iraq and Saddam became his deputy. Saddam made some notable changes in his country, thereby proving himself to be an effective politician.

☞ Saddam also assisted in creating Iraq’s first chemical weapons program and even created a strong security apparatus. Upon hearing of al-Bakr’s plan to unite Iraq and Syria, Saddam made sure that al- Bakr resigned from the post of President. On July16, 1979, he became the President of Iraq.

☞ Weeks after he became President, Saddam called a meeting of the Ba’ath party and listed out 68 members from the party. These 68 people were tried because they were guilty of treason. 22 people from the list were executed.

☞ Ayatollah Khomeini launched a highly successful Islamic revolution in Iran, the same year when Saddam was elected as the president. In 1980, Saddam ordered the Iraqi military to occupy Khuzestan in Iran. This small conflict led to a great war between the two countries that lasted almost a decade, Saddam was clearly in power because he enjoyed the support of by many western nations, including the U.S., even though the invasion was against U.N. law.

☞ But on August 20, 1988, after many years of severe battle, a ceasefire was finally signed. At the end of 1980s, to improve Iraq’s infrastructure and economy, Saddam turned his attention towards Kuwait. On August 2, 1990 he ordered the invasion of Kuwait on the grounds that Kuwait was historically a part of Iraq.

☞ However, a strong resolution was passed in the UN meeting, asking Saddam to remove his forces from Kuwait. They were given a deadline, but when it was ignored a U.N. Alliance Force removed all the Iraqi forces within six weeks.

☞ A ceasefire agreement was signed, one of the clauses included Iraq dismantling its biological and chemical weapons program. During 1990, various Kurdish and Shiites decided to stand up to Saddam, but none of the Western or Middle-Eastern nations supported them fearing another war. Thus, they were crushed under Saddam’s ever-increasing power.

☞ He started a torture chamber wherein he used to drag anybody he felt was a threat to him. That included women, children, old people, and men. Many people can still recollect the inhumane treatment people received in Saddam’s torture chamber. People, especially women, were constantly raped and tortured. Many came out alive while others were killed or perished due to inhumane conditions in the prison.

☞ In 1980, Saddam was handed over the key to Detroit city, because he had donated a certain amount of money to one of the churches in Detroit

☞ To strengthen his hold on the political front, he ordered the killing of millions of innocent Kurds and the Shias. He carried out this genocide with the help of his cousin Ali Hassan al-Majid, infamously known as Chemical Ali. They tortured many people using mustard gas, sarin, tabun, and VX.

☞ He introduced many draconian laws that further solidified his hold on the general public; one of them was in defense of men who murdered their family members. The law allowed a man to kill any woman in his family. The man did not have to fear punishment as long as he could prove that the killing was carried out to save his family’s honor.

☞ On January 2001, Saddam announced that he would be donating USD 94 million to support and help poor people in America.

☞ After the 9/11 attacks, Soviet intelligence disclosed information to the U.S. government about Iraq’s plan on terrorist attacks in the United States. President George W. Bush was sure that Iraq was developing weapons of mass destruction and supporting terrorist attacks.

☞ Therefore, Iraq was asked to open its research facilities to U.N. observers, who checked thoroughly but no traces or weapons of mass destruction were found. However, on March 20, 2003, a U.S. led coalition occupied Iraq and on April 9, 2003 Saddam’s regime came to an end. He however managed to escape.

☞ After eluding the American forces, intensive search for Saddam began. In hiding too, he managed to release certain audio recordings, in which he spoke against Iraq’s invaders. Following an intensive search, he was finally found on December 13, 2003, living in a small underground bunker in a farmhouse in ad-Dawr, near Tikrit.

☞ Later, he was transported to the U.S. Base in Baghdad and on June 30, 2004, he was officially handed over to the Iraqi government.

☞ During Saddam’s trial, he would proudly defend himself and was observed to make many bizarre statements. On November 5, 2006, he was pronounced guilty for crimes against humanity and was sentenced to death.

Although Iraq’s major population was 97% Muslim, Saddam Hussein was not a practicing Muslim until 1990, when he decided to have the Qur’an written in his blood. He was accused of keeping weapons of mass destruction, but the dictator surely had an interest in collecting bling weapons. U.S. soldiers discovered many gold and silver plated pistols and rifles.