Family Life in the 1950s: A Decade of Social and Economic Prosperity

In the 1950s, America underwent some major changes in the political and economic spheres, which in turn were responsible for its social makeover. Family became a powerful unit, efficient enough to subdue the demons of war that were haunting the common man. The public sentiment was to live a peaceful and a less complicated life.

Home / Uncategorized / Family Life in the 1950s: A Decade of Social and Economic Prosperity 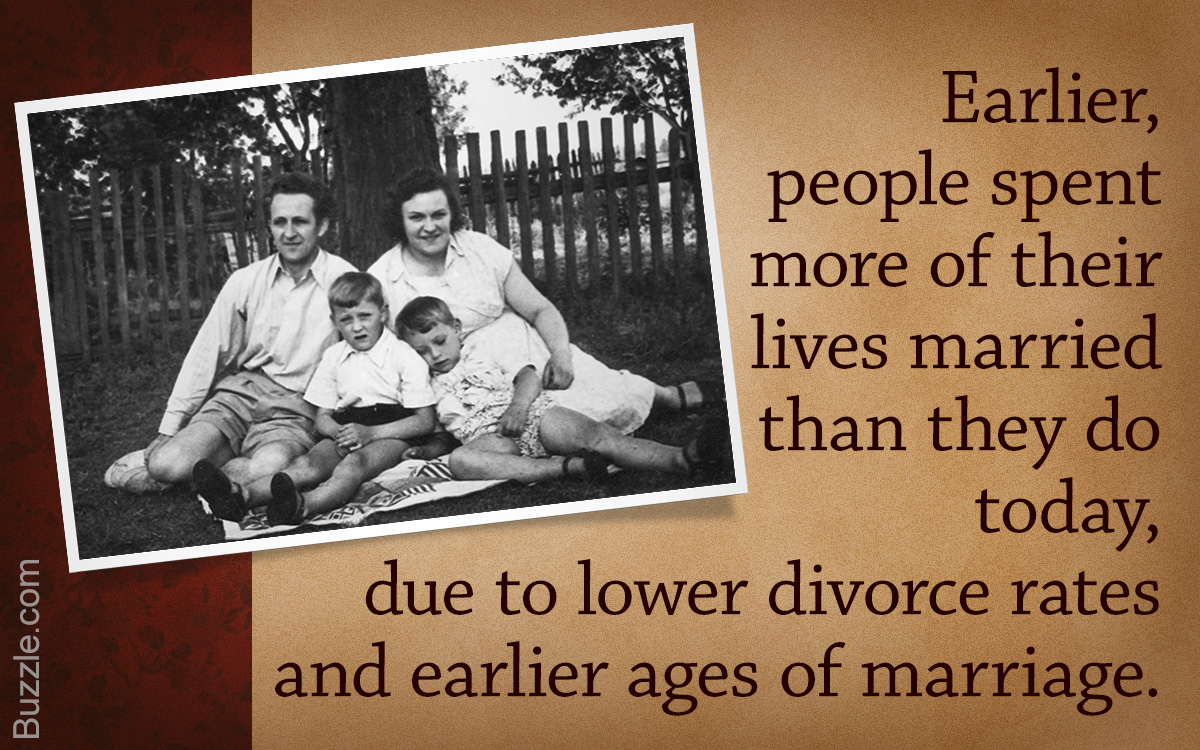 In the 1950s, America underwent some major changes in the political and economic spheres, which in turn were responsible for its social makeover. Family became a powerful unit, efficient enough to subdue the demons of war that were haunting the common man. The public sentiment was to live a peaceful and a less complicated life.

The decade from 1950 to 1959 witnessed major social, political and economic changes, that took place all over the world. These changes were happening at two different levels. On one level were the changes which took place in different parts of the globe, though independently of each other, but having a simultaneous occurrence. On the other level were those changes which occurred as the consequence of the social/political/economic interdependence between different countries. This phenomenon could be seen everywhere, and America was not an exception.

In context of the United States, the year 1950 was a revolutionary period. It was marked by major events such as the Cold War, rise of capitalism and consumerism, the civil rights movement, and anti-communism, which changed the fate of the country. This was a period of economic boom that followed World War II. Therefore, it was marked by tremendous economic growth, with the manufacturing and consumer goods industry gaining enormous impetus, which had already grown to a considerable extent during the industrial revolution – the period immediately preceding the one in question.

American society of the 1950s was very conservative and materialistic in nature. This was, as opined by numerous people, an effect on the society of World War II.

American people living in the post-war era wanted to liberate themselves from their past, and were in search of a smoother and more secure future. This is what a political crisis can do to people’s psyche!

The impact of the rampages of World War II was so deep-rooted into the mind of a common man, that he was in search of a safe haven, where he could stay peacefully with his near and dear ones for the rest of his life. This was precisely where the concepts of close-knit families and domestic containment arose.

The American youth of the post-war period, unlike their parents and children, wanted to have long-lasting and stronger relationships. So they were seen finding solace in the ideas of marriage and parenthood. This was supposedly the result of their fears and ambitions that were unraveled after the war ended.

Numerous servicemen who returned home after the war, suddenly wanted to get married and raise families, as they had experienced the uncertainties of life when the nation was at war. This sudden rise in the number of marriages also seemed to have taken place due to the economic boom. Since the number of marriages rose at an unprecedented rate, the phenomenon of housing boom followed. Around 13 million new homes were built in the 1950s, which would house the new families that were coming up.

In the 1930s and 40s, an average American household consisted of two breadwinners, viz. the husband and the wife. This was the age of the Great Depression, when two breadwinners was a necessity, but millions were jobless. However, even then, the society competed with two parallel viewpoints – one which said that the man of the house should share tasks with his spouse, and a second one that clearly demarcated the roles of a man and a woman. Ultimately, the second viewpoint became a popular system of familial setup, a system that seems to be more than visible from the 1950s.

A standard structure of an American family in the 1950s comprised a breadwinner male, his wife who did household chores and looked after the children, and the children. This supposed return of women to domesticity after the war, seems to have been a consequence of gender bias that prevailed in the social order as families adopted the patriarchal lifestyle.

There have been interesting contexts as to how the gender bias takes its toll on the society. In the post-war period, when the devastating qualities of the atomic bomb came before the public, female sexuality came to be equated with it. Local slang that developed at that time described a sexy woman outside the house as a ‘bombshell’ or ‘dynamite’. Home became a place where such disturbing and harmful social forces as woman sexuality could be subdued. As a result, while sex inside the house was culturally ‘right’ and moral, premarital sex became a taboo.

The rewards of marital sex were the children, and so a family with children became a standardized format accepted by the society. The family of the celebrated series ‘Father Knows Best’ was, for the most part, a creation of the 1950s. However, because the women were bound to their homes and had almost no social lives outside their families as such, there was a sort of dissatisfaction among them. As there was no place for this dissatisfaction to go, it remained restrained in the home itself.

The decade of the 1950s has been called the ‘last age of innocence’, after which American culture drastically changed from being conservative to being more liberal and progressive. In the ’50s, families dined together, went together for outings, met and chatted with their neighbors regularly, and did many more things which brought peace and harmony to the society.

Discipline with respect to children was a major concern within families. Kids were made to attend Sunday Mass in the church every week, and had to do their homework daily. Disrespect of the elders was out of question and was dealt with severely. Kids were more attached to their friends, with whom they hanged out due to the fact that they were not allowed to watch television for long hours, though it was becoming popular amongst families. Computers had not entered the common households by then. All in all, there was a safe atmosphere outside the house, even for kids, who could roam about alone even after sunset without any fear.

Girls, as discussed before, stayed at their parental homes until they got married. The concept of live-in relationships did not exist in their social structure, and was tagged as a ‘bold’ and ‘bad act’. Gender bias that was prevalent in the society can also be deduced from the ratio of boys and girls attending colleges or institutions imparting higher education. Clearly, girls were not considered to be fit for the attainment of higher education, as they were looked upon as housewives, who had to deal with the day-to-day household activities and look after their families.

With the rise in popularity of television and AM radio, a new kind of music known as ‘rock and roll’ emerged, and it gathered tremendous fan following, especially from the youngsters. Elvis Presley and Marilyn Monroe became youth icons, with more and more youngsters wanting to be like them. This trend resulted in major changes in clothing styles as well. For the boys, jeans and leather jackets became latest fashion, whereas girls started wearing pedal pushers and scarves, which were termed as ‘trendy’. However, the basic conservative morals of the families did not seem to have changed alongside the new trends, and so freedom inside and outside the house was an altogether different concept.

Historical documents portray the year 1950 as a period when everyone worked together in order to achieve a common end. Society was advancing positively and discontents were rare. It seemed to be a perfect model of the Utopian social order, wherein the age limit for marriage and motherhood decreased, birthrate increased, marriages became more long-lived with the decline in the number of divorces, and the new trend of nuclear families began. Children were supposed to pursue their studies until they reached their teenage, after which they were ‘permitted’ to earn their allowance.

With the end of World War II, a secured life was an immediate necessity. People who were deeply affected by the war wanted to have their own stable families, and this also seemed necessary for national security and civil defense. This was a generation that bred in the midst of depression and war, and so for them, domestic containment was a logical way out. Home for them was the safest place on earth. Family provided them with life that was free from all the trials and tribulations, and full of comforts. So, during the 1950s, the structure of the American families became more stringent, and the people, as Elaine Tyler May aptly puts it, were Homeward Bound.