The History of the Hell Fighters Will Surely Melt Your Heart

The Hell Fighters were all black, and the irony of being asked to fight injustice abroad while upholding bigotry back home was lost on none of them. Here's more... 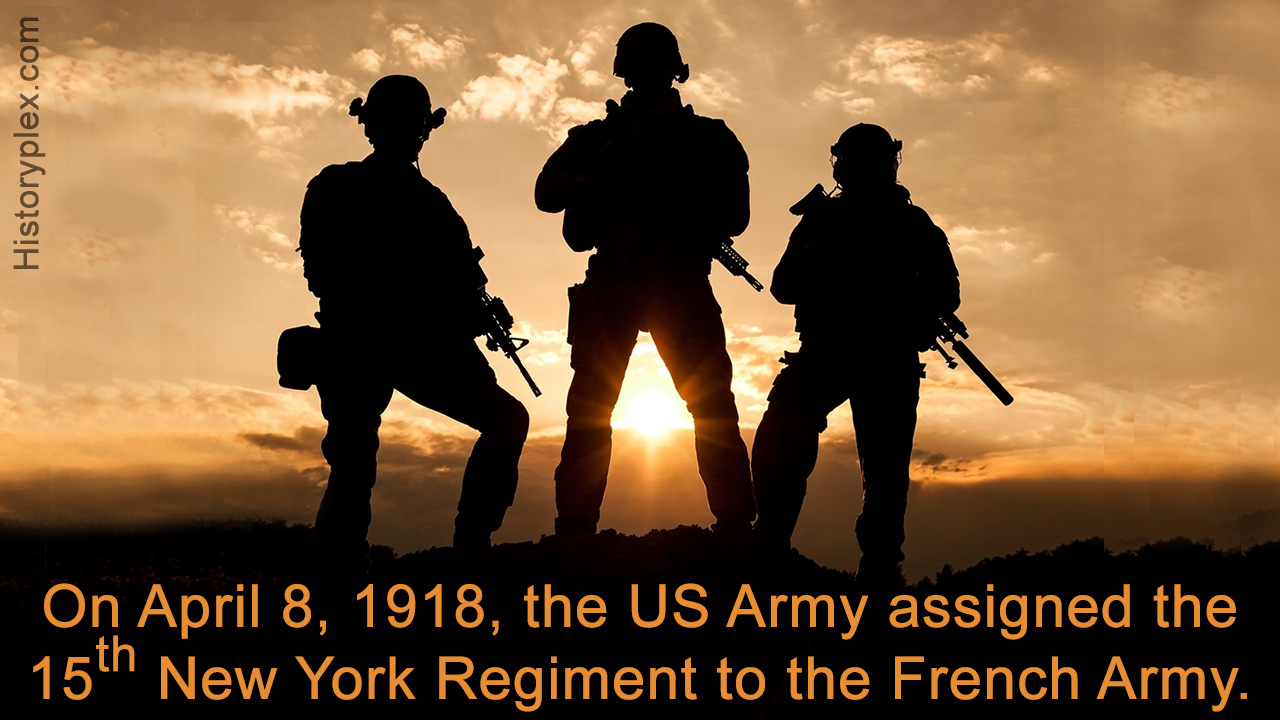 The Hell Fighters were all black, and the irony of being asked to fight injustice abroad while upholding bigotry back home was lost on none of them. Here's more…

It was one of the darkest period in human history―the war to end all wars had turned into a big-time nightmare, rather than the expected grand adventure of the new century. New Year’s Day, 1918, however, offered a modicum of entertainment relief to a certain section of war-time France.

To further aid the Allied war effort, a new batch of American soldiers had just landed on the coastal town of Brest in Brittany. They were the 15th New York Regiment, and were mainly made up of enlisted men from the Harlem District of New York.

They were 2,000 strong, and many of them had joined up not so much from a sense of patriotism as from the hope of social acceptance and justice at the end of the war. Perhaps the most telling example of the situation back home could be found in the hostile opposition to their after-enlistment training in Spartanburg, South Carolina.

The Mayor and other upstanding citizens of this town were so offended and outraged at the idea of having black soldiers in their midst, that they rattled all the sabers in their closet and vowed not to stoop to treating the new arrivals as fellow human beings.

Well, they didn’t stoop―they more or less prostrated themselves after they heard the extraordinary Jazz music that the Regimental Band, under its director, Lieutenant James Reese Europe, played in the introductory concert soon afterwards.

It wasn’t the first time Jazz had silenced the violent elements, and it wouldn’t be the last, but Spartanburg wasn’t the sort of place that could be converted overnight into a home ground of racial integration, no matter how great the music.

In the days to follow, the soldiers of the 15th New York Regiment found themselves on the receiving end of all manners of insults, abuses, and assaults. They were expected to step off the sidewalk to make way for approaching white folks, they were expected to doff their hats when they spoke to them.

They weren’t served in shops and restaurants―that is, if no one had protested their entry in the first place. The soldiers―some because they did not wish to create ‘incidences’ and others because they were too basically superior to their tormentors to be able to respond in kind―maintained a stoic calm in face of such aggravating behavior.

Their white army mates having discerned during their association that blacks could be as human as anyone, were infuriated that the rest of the white public couldn’t come to the same conclusion, and fiercely avenged any perceived slighting of ‘their men’. So there were incidences, and quite a few of them―enlightened whites beating up bigoted whites.

With a World War going on, a burgeoning Civil War wasn’t likely to delight the authorities, and expectedly, it didn’t. They decided to resolve the whole problem, not by offering the people of Spartanburg some spartan and much-needed lessons in public relations, but by shipping off the 15th New York Regiment for a less needed French Experience.

It was a welcome change, however, as the French were less neurotic about the color of anyone’s skin, and moreover, were completely bowled over by the music. They had never heard anything quite like it, and the rendition of W.C. Handy’s ‘Memphis Blues’ proved to be an especial hit.

It was an extraordinary experience for the soldiers as well―it was perhaps the first time they were subjected to such wholehearted appreciation from white audiences. The French were smitten further by the undoubted courage that this regiment was to soon enough display under wholehearted attention of another kind―unrelenting enemy gunfire.

The 15th New York Regiment, now officially dubbed the 369th Infantry Regiment by the U.S. Army, and more fondly by the French as ‘The Hell Fighters’, and soon to become the recipients of around 171 decorations for outstanding bravery, lost its versatile Band Leader early on in April 1918.

The Germans, who hadn’t had the chance to hear his music yet, spewed Poison Gas in his direction, and he retired from the battle-ground for a prolonged stay in the hospital. Here, his creative spirit undaunted, and in fact inspired by his recent experience, he thrilled the hospital staff and fellow patients with some brand-new compositions.

After the war, James Reese Europe was to resume the successful music career he had abandoned in 1915 for the army―a career that had seen him masterminding dance music for one of the most famous dancer couples in the history of American Showbiz, Irene and Vernon Castle.

There was first but a tremendous homecoming reception that was markedly different from the farewell party, and where everyone but everyone, whatever their color, turned up en masse to salute the returning heroes. Sadly, this moment of multi-colorful joy was not to last.