A Short But Interesting Summary of the History of Mesopotamia

Mesopotamia was the first civilization in ancient history. This civilization has achieved far beyond anyone's expectations, as the inventions in those days were very much ahead of their time.

Mesopotamia was the first civilization in ancient history. This civilization has achieved far beyond anyone’s expectations, as the inventions in those days were very much ahead of their time.

Mesopotamia is derived from the Greek words, mesos means ‘middle’ and potamos refers to ‘river’. It covers the geographical area between the rivers, Euphrates and Tigris; and hence is also known as the ‘land between two rivers’.

Eannatum of Lagash, was a Sumerian King who conquered Sumer, including Ur, Larsa, Uruk, Akshak and Nippur. He also captured some parts of Elam and Az. Many temples and palaces were built during his reign.

Sargon of Akkad, was the founder of the Akkad Dynasty and ruled for 56 years. He conquered the Sumerian cities, and was the first ruler to create a multi-ethnic empire. The Sargon Dynasty ruled Mesopotamia for almost a century and a half.

Hammurabi was the sixth king of Babylon and also the founder of the Babylonian empire in the 17th century BC. He was known for his codes of law, called Hammurabi’s Code. These codes were written on a six feet tall stone tablet.

Tiglath-Pileser III was an Assyrian king and the founder of the Neo-Assyrian Empire in 8th century BC. He was considered to be their most successful military commander.

Nebuchadnezzar was one of the most powerful king of the Babylonian Empire during 1125 BC to 1103 BC. Nebuchadnezzar’s name implies, ‘Nabo protect the crown’. His achievements include re-establishment of Babylon by driving out the Elamite invaders from its territory.

Belshedezzar was the last Babylonian king. He was the son of Nabonidus and Nictoris; Nictoris was Nebuchadnezzar’s daughter.

Sumerian was the first language written in Mesopotamia. This language was used for religious, administrative, scientific, and literary purposes. Other popular languages were Semitic and Akkadian. Initially, the Mesopotamians used cuneiform script. The meaning of cuneiform is ‘wedge-shaped’, because of the triangular stylus tip used to impress signs on wet clay. The most popular literary work of that period was the Epic of Gilgamesh, based upon the astronomical principles and stories of Gilgamesh.

The origin of astronomy dates back to the Mesopotamian civilization. The Mesopotamian astronomers were fond of studying stars and planets. They invented a lunisolar calendar which had 12 months and two seasons, summer and winter. They even predicted the motion of planets and eclipses; some scholars referred to this approach as the first Scientific Revolution. The Babylonian astronomers supported the heliocentric model of planetary motion, where the Earth revolves on its axis, which in turn revolves around the Sun.

The Mesopotamians were the first to invent batteries, called the Baghdad Battery during the Sassanid Period. They also invented a pump, which was first used by Sennacherib (King of Assyria) in the 7th century BC. Textile weaving, metal and copper working, flood control, glass and lamp making and irrigation were some other technologies devised by them. Copper, bronze and iron were used for making armor and weapons like swords, daggers, spears, etc. Along with these metals, gold was also used to decorate their palaces.

The Mesopotamians were polytheistic and believed in many gods. Although, they had common beliefs, there were some regional variations; the Babylonians worshiped Marduk, the Assyrian Empire believed in Ashur, the Sumerians considered An and Ki as their god and goddess, and Enlil (son of An and Ki) as the air god. They also believed in other gods like, Mahore (the god of love and birth), Nabu (the god of writing), Ninurta (Sumerian god of war and heroes) and Pazuzu (the evil god).

According to the Mesopotamians, the earth was a flat disc; surrounded by a huge, holed space and above that, was heaven. They also conceived that, water was everywhere and the universe was born from this sea. The Mesopotamians had holidays and feasts every month, which they determined from the phase of moon, equinoxes, and solstices of the solar year; and the phase of annual agricultural cycle.

The people of Mesopotamia were efficient and advanced in their mathematical skills. They followed sexagesimal (base 60) numeral system, as number 60 is the most composite number that has many divisors like, 2, 3, 5, 6, 10, 12, 15, 20 and 30. General rules were used for measuring areas and volumes. Babylonian mile was used to measure distance, which is a measure of distance equal to 7 miles or 11 kilometers today. They had lists of the squares of numbers up to 59 and the cubes up to 32, which helped them in solving different problems. The Mesopotamians used true-place value system and were well-known for the usage of the Pythagorean theorem. Standard quadratic formulas were also used to solve algebraic problems. Their knowledge in mathematics also helped them in map-making or cartography.

The medical text referred by the Babylonians was the Diagnostic Handbook written by Esagil-kin-apli, a physician during 1069 – 1046 BC. This book helped the Babylonians with the concepts of diagnosis, prognosis, physical examination, and prescriptions. The medical symptoms and experimental observations in the book were helpful in diagnosing the observed symptoms in a patient’s body and also in the recovery. The book also included symptoms for different epilepsy and ailments, along with its diagnosis and prognosis. Patients were cured using therapeutic methods like bandages, creams and pills. Exorcism was even done to cleanse the patient from any curse.

Mesopotamia had a patriarchal society, where men governed the family. Earlier, it was ruled by a council of elder people, where men and women had equal rights. Boys were taught their father’s trade and if they belonged to a rich or aristocrat family, they could go to school. Girls stayed at home and had to do the housework. The Mesopotamian women could own a property and get divorce for a valid reason. Their houses were built with mud brick, mud plaster and wooden doors. They played games like boxing, wrestling, and polo for recreation. Hunting was another adventure game, especially popular among the kings. The Mesopotamians were good traders and traded grains and textiles, but the wealth of the Mesopotamian cities mainly came from merchants and craftsmen.

The Mesopotamians had unique and complex methods of farming. Since Mesopotamia was surrounded by two rivers, there was rich supply of food, as the land near the river was fertile and good for crops. They planted crops like barley, onion, grapes, apples and turnips. People always kept cows, sheep and fish as alternate sources of food, in case of any natural calamities like flood. During the dry season they built canals for irrigation.

Mesopotamians had their own beliefs and a unique lifestyle. Their inventions and achievements are commendable and still appreciated throughout the world. 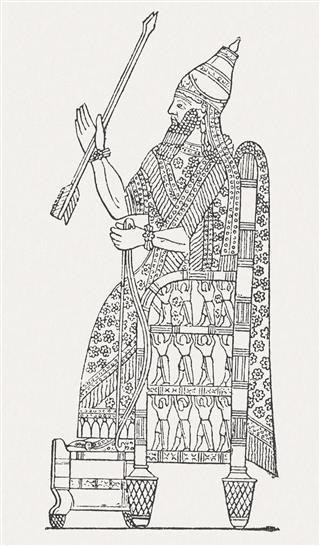 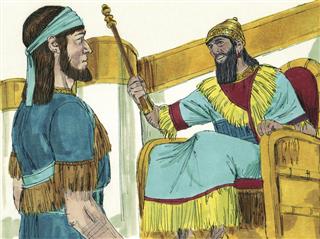 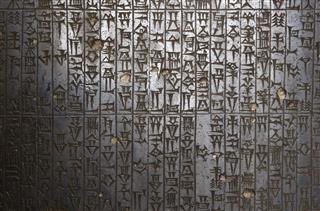 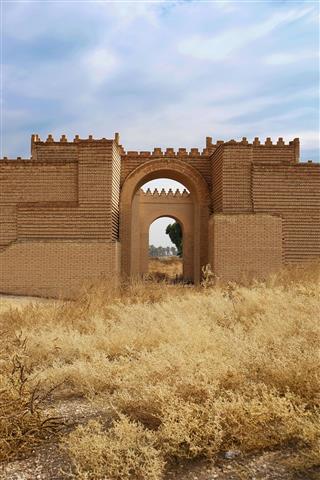 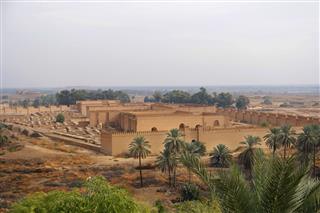 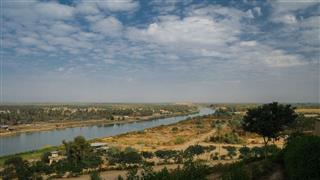