"A cavern. In the middle, a boiling cauldron. Thunder. Enter the three WITCHES.

In the poison'd entrails throw.-
Toad, that under cold stone,
Days and nights has thirty-one;
Swelter'd venom sleeping got,
Boil thou first i' the charmed pot!

ALL: Double, double toil and trouble;

This is, of course, from Shakespeare's famous play, Macbeth, in which hag-like, bearded witches that cast strange spells play prominent roles. It is said that Shakespeare wrote the play reflecting the attention that witch-hunting was beginning to draw in England in King James' era, when there were large-scale trials and executions.

Such practices of casting spells, in order to harness occult forces to produce unnatural effects, have existed ever since humans started banding together in groups. Magical rites to ensure success at the hunt are depicted in prehistoric art. Western notions of witchcraft originated from the folklore and mythologies of ancient people, particularly the Greeks and the Romans. According to Roman laws, distinctions were made between harmful magic and good magic, with harmful magic being made punishable by law. These distinctions began to disappear with the spread of Christianity. Witchcraft then began to be associated with Devil worship.

Witchcraft from the Middle Ages to the 1700s
Starting from around 700 A.D., this practice was viewed more and more as heresy, or the rejection of the teachings of the church in Europe. Thus was begun a long campaign by the Christian church to eradicate heresy. From around the 1000s, heretics began to be sentenced to death by burning by religious leaders.

In fact, the Inquisition, which had its beginnings circa 1230, was an attempt by the church to hunt out and penalize the heretics and coerce them to follow the church's teachings. Eventually, both the Christian churches as well as the nonreligious, secular courts began persecuting the witches. As a matter of fact, particularly after the 1500s, it was in the secular courts that most of the trials were held.

Historians are skeptical whether Devil worship was ever actually widespread. However, the stories that were spread about it created a climate of anxiety and fear.

It was during the late 1500s and the early 1600s that the trials reached their peak in Europe. Many of the victims, comprising mostly women, were charged falsely of witchcraft. Most of the accused were cruelly tortured until they were forced to confess. Then they were imprisoned, banished, or were executed.

In the American colonies, particularly in New England, a small number of women incriminated as witches were persecuted from the middle of the 1600s to the early 1700s. While some faced banishment, others were summarily executed.

The Salem Witchcraft Trials
It was in 1692 that the most infamous witch hunt began in Salem, Massachusetts. There, a group of girls in the village became fascinated by the occult and started dabbling in them. However, things started getting out of hand. They began acting oddly, uttering strange sounds and shrill screams. Suspicions of witches being involved in the behavior of the girls resulted in three women being arrested. Later, more people were accused of witchcraft and arrested, and mass trials were conducted. Around 150 people were charged and imprisoned. Of them, nineteen women and men were convicted as witches and hanged. A man who refused pleading either guilty or innocent to the charge of practicing black magic was put to death by being crushed under large stones.

The scare of witches in Salem lasted for a year. After that, the people who were still in prison were freed. In 1711, the colonial legislature of Massachusetts paid compensations to the families of the victims of the Salem witchcraft trials.

Most historians today agree that all the victims of Salem trials were accused falsely. The conjecture is that the girls feigned being possessed, although the reasons for doing so are not clear.

Modern-day Witchcraft
It was in 1939 that Gerald B. Gardner (1884-1964), who is considered the father of modern witchcraft got his initiation into a coven comprising people who claimed to be hereditary witches. They declared that they practiced the old religion, which was passed down to them through many generations. They were of the belief that witchcraft had existed as a religion since ancient times.

It is thought that the coven Gardner joined was in all likelihood influenced by the writings of Margaret A. Murray, a British anthropologist. In her writings in the 1920s, Margaret Murray expounded the view that witchcraft was a pagan religion that had existed as a fertility cult in the pre-Christian era.

Fearing that witchcraft was in danger of dying out, Gardner wrote and published a number of books about the ancient rituals in the 1950s. While much of the information was collected from his coven, he also included material from various other sources like eastern magic, European folklore, as well as the writings of Aleister Crowley, a friend of his. Crowley, a writer of British origins, was well-known for his interest in the occult and spiritualism, along with his writings on ceremonial magic. Later, Gardner worked together with Doreen Valiente, who was initiated as a witch by him in 1953, to revise and write the rituals. Valiente included the significance of the Goddess, which was not present in Gardner's work.

The modern-day religion of witchcraft is based on Gardner's Witchcraft Today, published in 1954 and The Meaning of Witchcraft, published in 1959. Modern-day witchcraft as a religion gained in popularity in the 1960s, partly for being feminist and anti-establishment. It spread to the rest of Europe as well as to the US, Canada, Asia, and Australia.

However, as the religion was in the process of developing, Margaret Murray's theory was scrutinized and came in for criticism. Historians claimed that they could find no evidence that an ancient religion of witchcraft had ever existed. It had become clear that Gardner had taken information from various sources and had exaggerated the claims he had made of the existence of a historical religion of witches. Nonetheless, witchcraft has continued to grow in popularity as a religion. Its followers today are placing greater emphasis on making it a religion of Goddess worship, out of the theosophists of non-Christian and pre-Christian religions.
Share This 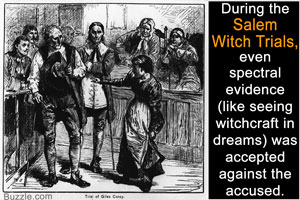 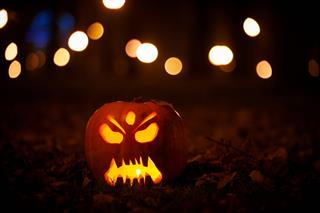