Today's global economic downturn is often compared to the time 80 years ago, when the economy went through a similar, yet much worse, slump. The Great Depression of the early 20th century started in the United States when the stock market crashed on October 29, 1929, which is referred to as 'Black Tuesday'. The depression spread throughout the world shortly afterward and ended in the 1930s, or the early 1940s in some countries. It was the biggest and most impactful economic downturn of the 20th century, and is often noted as an example of how one economy can drastically affect the entire world's economic systems.
Many people believe President Herbert Hoover coined the term when discussing the emotional response to the problems of the time. There had been economic downturns previously in the history of the US, but they were referred to as "panics" or "crises." Hoover thought that the word "depression" was less alarming, so he chose it to put the public's fears at rest. However, he was not the first commander-in-chief to have used the word; previous presidents had used it to talk about an economy in downfall. Some of them used the word during troubled economic times that were later referred to as "panics."
For example, James Monroe referenced the bank failures and rapidly depreciating dollar during the Panic of 1819 as "the depression." During the Panic of 1873, President Ulysses S. Grant told people of his concern with regards to the American industry, in similar fashion. President Rutherford B. Hayes made a similar remark in his inaugural address of 1877, wherein he said that there was a continuing depression in the commercial and manufacturing enterprises throughout the country.
This term was clearly not a Hoover invention, but neither is the term "great depression." This phrase was used by James Monroe in 1820 during his fourth annual address to the American public. In 1928, an announcement by the Republican Party boasted that under the current administration the country had been "lifted from the depths of a great depression to a level of prosperity." Not only Hoover, but also Calvin Coolidge referred to the recession following WWII as "the great depression of 1921."
When this crisis was first beginning, Hoover adamantly denied that the economy was in trouble, saying that it was "fundamentally sound," even just a few weeks after Black Tuesday. A few months afterward, he still maintained in addresses to the public that the strength of the American economy was unimpaired. By 1931, when it was painfully obvious that the economy was in shambles, Hoover began to talk about the economic situation as being "a great depression." However, by his use of the indefinite article "a" rather than "the," Hoover continued to imply that the current phase in economic history was just one of many, not a singularly catastrophic event.
However, today it is definitely regarded as a specific historical event, and therefore the term is attached to the definite article "the," as in "the Great Depression." Such nomenclature actually did not begin until after Hoover was no longer president. Some historians postulate that the actual person who coined the proper noun phrase was Lionel Robbins, an economist who lived in Britain at that time. After Hoover's term ended, Robbins wrote a book titled "The Great Depression," which is considered to be the first usage of the term as a proper noun. Robbins' use of the term was unique in that he capitalized the term, whereas all the presidents who had used the term previously had used it in lowercase, as a general term rather than a specific name of a historical era. In 1952, when Harry Truman was running for office, he criticized the Republican Party for having brought on "the Great Depression." Later, after the depression was over and relegated to a past historical era, the term took on its full potential as a proper noun and has since been capitalized as we now use it today.

Life After The Great Depression

Life During the Great Depression 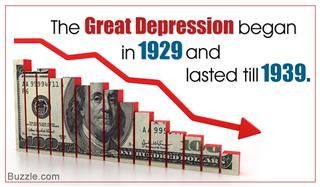 Effects of the Great Depression

Causes of The Great Depression 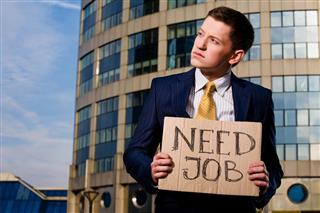 Unemployment During the Great Depression 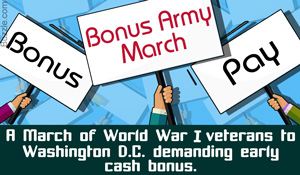 Information about the Bonus Army March