A List of Truly Enchanting Irish Celtic Symbols and Their Meanings

Irish Celtic symbols are very popular. All the symbols stand for something unique, and people often gift them or things having these symbols on them, to their loved ones. This article provides a list of some Irish Celtic symbols, along with the meanings associated with them.

Irish Celtic symbols are very popular. All the symbols stand for something unique, and people often gift them or things having these symbols on them, to their loved ones. This article provides a list of some Irish Celtic symbols, along with the meanings associated with them.

Celtic symbols are inspired by designs that are hundreds of years old such as ancient Celtic manuscripts including the 9th century masterpiece of Irish art history, ‘The Book of Kells’.

Irish Celtic symbols have been an inspiration for art and painting for a long time now. Their shapes have intrigued people and as a belief or a piece of art, people have been creating and using various things that have these symbols on them. Here is a list of some of these symbols, along with their meaning.

The Celtic Tree of Life

It stands for spirituality, wisdom, and hope. The tree is the source of sustenance, since it was the provider of food and shelter. The Irish believed that it had the power to convey their messages to the gods, and it was considered that, it is actually a bridge that connects the upper and lower realms of beings. Among all the trees, the Oak tree is the most sacred of all. They also believe that some trees had the power of healing and therefore, hung personal belongings on such trees.

The salmon which is a predominant symbol, stood for wisdom and knowledge. It is said that the fish lived in the sacred wells and were aware of the mysteries of the world and had deep and secret knowledge.

The Shamrock or The Three Leaf Clover

The shamrock is a very popular Irish symbol that is engraved on boxes and gift items. Its significance lies in the three leaves. They symbolize the three goddesses of Celtic tradition and are considered to hold many mystical powers. The number ‘3’ makes it all the more powerful. They believe that the leaves incorporate the entire world symbolically. Past, present, and future; heaven, earth, and hell; land, sea, and sky all come in triplets and so come the three leaves of shamrock.

Its shape is enough to convey the message that it bears – two hands holding a heart, which has a crown on its head. It is said that Claddagh upholds the emotions of love, friendship, loyalty, and affection. Initially it could only be seen on rings, especially wedding and engagement rings, but nowadays it can be seen on pendants, jewelry boxes, and many other things. Nowadays, it can be given to friends as well and to anyone whom you want to express love.

There are various shapes of spirals. At times there is only one spiral and at other times, there are two or more spirals attached to each other, which most of the time describe a man’s journey from his inner world to encompass the world beyond. It shows his journey from the inner to the outer world. Triple spirals symbolize the cycle from birth to death and rebirth again.

Celtic knots are vivid representations, consisting of knot work and patterns for decoration. They are created by using various shapes and patterns that include animals, mythical creatures, spiral patterns, etc. The trinity knot and the dara celtic knot are two types of the same, the meanings of which are explained below.

This symbol has innumerable meanings. Moreover, it is difficult to know the exact meaning as the stories related to Celtic knots were not present much in written form. This knot is believed to signify the lunar or solar phases according to the ancient Celtics. This was concluded based on the presence of triquetra alongside other solar and lunar symbols in ancient remnants. Also known as ‘Triquetra’ (three-cornered shape), it symbolizes three separate forms intertwined as one. In other words, it represents the union of the 3 forms. This Trinity knot may either stand for Christianity trinity wherein the 3 forms may represent the Father, Son, and Holy Spirit, or the Pagan trinity wherein the 3 forms may represent the Mother, Crone, and Maiden. Some of the others are:

This symbol may also relate to the three Bridgits, the three aspects being Art, Healing, and Smithing. Bridget is one powerful goddess who embodies the three aspects mentioned. There is usually a circle around the triquetra which symbolizes protection, eternity, and the infinite. Circles around the Celtic knots depict spiritual unity.

Dara comes from the Irish word for oak tree. The oak tree, which has great importance in the Irish culture, signifies destiny, wisdom, strength, endurance, power, and leadership. It is believed to represent the root system of the oak tree. It reminds us of the infinite sources of inner strength below the calm exterior (beneath the soil). This knot may have various representations, out of which the figure above is one.

The harp is the traditional symbol of Ireland. This symbol is believed to signify that the soul is immortal. It means that there is eternal life after passing on from this world. This symbol was first depicted on Irish coins. The tradition is followed even today and the harp can also be seen on the official state seal, official documents, and uniforms.

This symbol is a combination of the traditional Christian cross with a ring surrounding the intersection of the four arms which are equidistant from the center. According to Christians, the Celtic cross has all the symbolism and meaning of the cross on which Christ was crucified. The attributes include hope, life, honor, faith, unity, balance, transition, temperature, ascension and navigation. However, the followers of the Celtic-based Pagan traditions believe that the Celtic cross symbolizes the four cardinal directions (North, South, East, and West of the compass), the four elements (earth, air, fire, and water), and the meeting place of all the divine energies. The Celtic cross is widely used today, in jewelry and other ornamentation.

The Oak tree is of great significance to the people of Ireland, famed for its endurance and longevity. The oak is considered as the king of the green realm, because it is generous with its gifts like any good ruler sharing its bounty within the kingdom. The
oak tree deals with ideas of durability, purity, and constancy. It also symbolizes wisdom, strength, life, nobility, family, loyalty, power, longevity, heritage, and honor. Its tendency to attract lightning, make it a powerful symbol.

The influence of the aforementioned symbols can be easily seen in modern jewelry all over the world, especially in America. 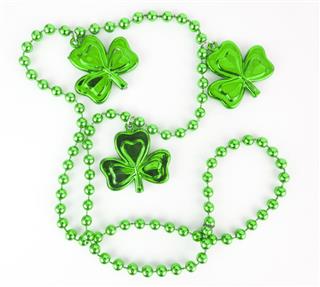 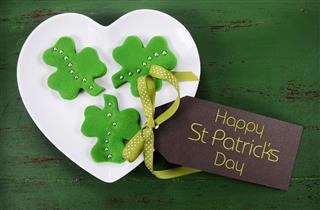