Japan, also referred to as Nippon, is an island nation situated in the Pacific Ocean in eastern Asia. The archipelago consists of approximately 6,800 big and small islands; prominent ones being Honshu, Hokkaido, Kyushu, and Shikoku. One of the major economic powers of the world today, Japan has come a long way after experiencing one of the worst human-induced disasters―the atomic bomb. However, the island nation didn't quite compromise in terms of cultural heritage, which is still rich and well-rooted.
Festivals
It is said that at any given point of time, at least one festival is being celebrated in some or the other part of Japan. Some of the most popular festivals of the island nation include the Aomori Nebuta Festival, held in August, and the Doll Festival and Sakura Festival, both of which are held in March. The Sakura festival is the Japanese way of celebrating the blossoming of cherry plants.
February is the festive month for Japan with numerous festivals lined up to celebrate winter. Lake Shikotsu Ice Festival, Lake Towada Snow Festival, and Sapporo Snow Festival, all of which are held in February, are some of the most popular festivals of the country.
Food
Japanese cuisine is no doubt one of the most prominent aspect of the Japanese culture. Over the period, it has experienced a remarkable growth, spreading to the various parts of the world, including Europe and North America. Mouth-watering sushi, teriyaki, and tempura are some of the most popular dishes native to Japan. The local cuisine emphasizes on the concept of seasonality of food, wherein special dishes are prepared at a particular time of the year.
Clothing
Kimono, the traditional full-length flowing robes, is likely to be the first thing to come to your mind when we talk about Japanese clothing. This traditional wear has some of the most unusual facts about the Japanese culture associated with it. For instance, a kimono worn by a married lady, i.e., tomesode, differs from a kimono worn by an unmarried girl, i.e., furisode. Another common piece of clothing used extensively in Japan is happi, a straight sleeved coat normally imprinted with the family crest.
Did You Know?
Family life is yet another important attribute of their culture. Although family roles may have changed, the roots of a traditional Japanese family still prevail. In fact, a Japanese saying which loosely translates to: 'Even if a family doesn't live together, the parents and grandparents should live close enough to carry over a bowl of hot soup from one house to another' speaks volumes about the cultural values inculcated in people of Japan. 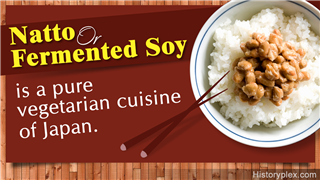 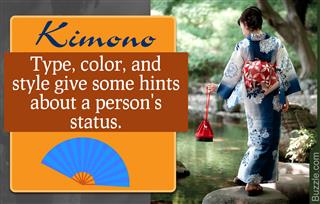 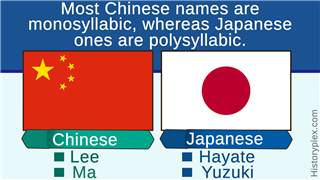 Cultural Differences and Similarities Between China and Japan