In Love With Traditional Japanese Clothing? You’re Not Alone

Traditional clothing of Japan has always been a subject of curiosity and interest among ethnic and cultural enthusiasts, including travelers. The kimono is the most popular of the traditional clothes here, but there are other garments too which are worth a mention. 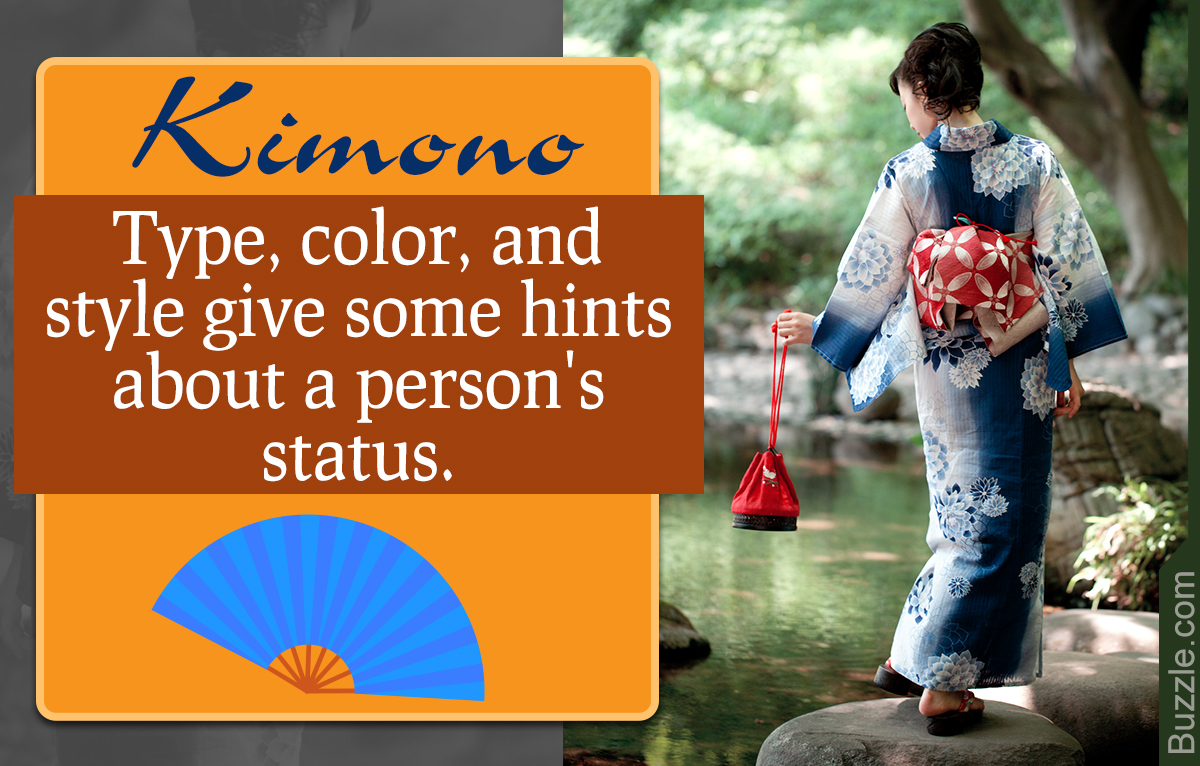 Traditional clothing of Japan has always been a subject of curiosity and interest among ethnic and cultural enthusiasts, including travelers. The kimono is the most popular of the traditional clothes here, but there are other garments too which are worth a mention.

The way the people in Japan traditionally dress has been a topic of interest for a long time. With a different type of kimono for each occasion, be it formal or casual, the traditional attire of Japan is extremely fascinating.

The Japanese kimono and the yukata are two of the most commonly worn garments in the country. Here is a compilation of the varied pieces and accessories that go with the kimono. 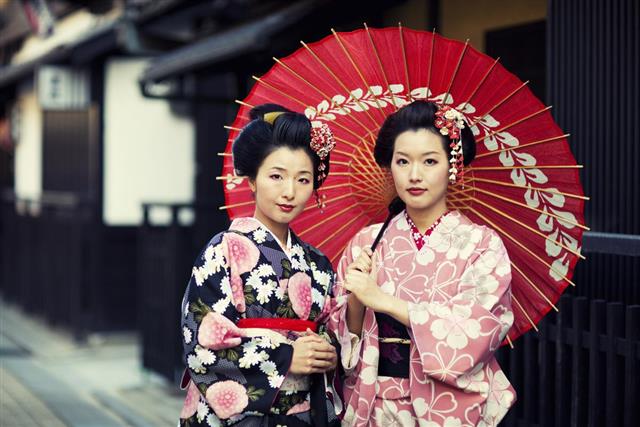 A kimono (\kə-ˈmō-(ˌ)nō, -nə\) is a full-length robe made of silk, worn by both men and women. While men have a simple black or brown-colored kimono, there are different designs of this for women. Traditionally, an unmarried woman wears a furisode (swinging sleeves) kimono, which has long sleeves (110 cm in length).

Out of the 9 to 10 different styles of kimonos, a woman chooses one depending on various factors, such as her age and marital status, type and color of the garment used, its symbolism, and the sort of occasion. During winter, kimonos made of woolen fabric are worn more often. For funerals, a black kimono is worn by both sexes.

The yukata is also a part of Japanese traditional clothing, and can be considered as a casual version of the kimono. People generally wear a yukata after bathing, which is a common sight at traditional Japanese inns. These garments are meant to cool the body, are made from fabrics like cotton.

This is a robe that takes the shape of a kimono, and is worn underneath it. Kimonos are usually made of silk, and because they are difficult to clean, a nagajuban is worn to avoid contact between the silk and ones skin.

Only the edges of the nagajuban collar are visible from outside the main garment, that is, the kimono. Often, the collar of the nagajuban is covered or wrapped with a haneri for decorative and/or cleanliness purpose.

The haori  is a loose-fitting, coat-like, knee-length garment. This formal-looking coat was originally worn only by men, but nowadays, it has become popular among women too. It is lightweight and generally used as a coat to keep the kimono clean.

The haori himo is a kind of tie-up, usually a woven string, which holds the haori together. The formal color of this tie-up is white.

The hakama  is a wide-pleated, ankle-length skirt. It has 7 pleats in all, 5 on the front and 2 at the back. These skirts are always worn over a kimono and can be divided (umanori) or undivided (andon bakama).

Traditionally, a hakama is tied around the waist, and over the obi (sash), with ribbons. In ancient times, the hakama was worn by the Samurais so that opponents would not be able to see their footwork. Today, both sexes wear this outfit, but in the earlier days, the hakama was worn only by men.

Tabi  are actually traditional Japanese socks worn by men as well as women. They are generally ankle-high, and have a separation between the big toe and the rest of the toes (divided-toe socks). The jika-tabi is often worn by workmen, since these are made of a durable material.

This forms a major part of Japanese traditional clothing. They are flat sandals often worn with the kimono. They can be made of cloth, plant fibers, rice straw, or leather.

Geta are open-toe sandals that are described best as slip-ons or flip-flops. They are made of leather or cloth, and are mostly used for informal occasions, and are worn with the yukata.

The obi  was worn with many types of traditional clothing, such as the kimono. This is a kind of sash that is used by both sexes. It can conceal several other sashes that are worn beneath.

Obis can be tied with various knots (musubi), each having a definite meaning. In the olden days, the knots were believed to keep evil spirits away. One can also see the obi worn with martial-art uniforms. The color of the obi denotes the rank of the individual.

A pillow called obimakura  is used to support the knot of the obi. An obiage is a piece of clothing that covers the obimakura. The obiage is significant in knowing the marital status of a woman. An unmarried woman always makes sure the obiage she wears is visible to others; as opposed to a married woman who hides it semi-discretely.

The obijime  is a string which is tied into a knot on the obi. The string can be made from different materials such as silk, satin, or can even be woven. Generally, an obi is around 150 – 160 cm in length, with a different knot and material used for each occasion.

Obidome are adornments placed over the obijime for decoration. Usually, whenever an obijime and obidome are opted for together, a thinner and flatter obijime is used. The usual ones are available in varied widths and lengths.

Worn usually by women, this is a kind of hairpin that is used to hold a woman’s hairdo in place. The appearance, nature and color of this hair ornament changes in accordance to the month or season of the year. It is usually sported by geishas and maikos, since they wear it more often.

Japanese clothing is known for its highly-detailed work, given a woman’s marital status and position in the concerned society. Even a minute flaw in the arrangement or choice of clothing is considered to be an insult or a mark of disrespect.