"I know of no South, no North, no East, no West to which I owe my allegiance. The Union is my country."
- Henry Clay
Today, a nation is divided into a state or a province based on various criteria. Most of these nations, however, have existed with the current boundaries only since the 20th century. This time period overlaps with the decline of the colonial rule as well as the end of the second World War. Before this period, that is the time before the New World was discovered and its colonization had begun, the nations had a very different structure. In most parts of the world, there were no countries but just empires. The area that was under the rule of these empires kept on altering every few years. In such a scenario, the people were bound to be more loyal towards the state or the province that they belonged to, rather than the empire as a whole.

Sectionalism has been a traditional, or so to say an ancient way of thinking. It is very likely that most of it stemmed from the dynamism in the friend-or-foe equation of different empires that kept swinging time and again. From the mid of the 20th century, as the boundaries drawn since have been relatively stable, the people of various states have been able to identify and relate themselves as being a part of something larger than the demarcations of a state, a nation.

Sectionalism
When people are loyal towards their state, or the area, that they belong to, more than the nation of which the state is a part of along with many other, then this school of thought is known as sectionalism.

Nationalism
When people find themselves being more loyal towards their nation as a whole entity over their state, then their thought process is known as nationalism.

● Unlike nationalism, sectionalism may lead to a bias in the thinking of people towards the people of other parts of the nation.

● Sectionalism can also lead to people playing favorites with others who are from their region and this can be a major reason that hampers progress of the nation as skilled and qualified professionals are deprived of the opportunity.

● Sectionalism may lead to disharmony and threaten the peace of a nation as opposed to nationalism that will make whole nation come together as one in the face of an adversity.
Sectionalism can be perceived as a threat to nationalism but it cannot hold true if the same were to be said the other way round.

● Nationalistic thought process is adherent to a political creed rather than to ethnicity towards which sectionalism finds more affinity.

The United States in the 19th Century

In the 1800s, sectionalism had established roots in America. One of the main reasons for this was the differing political views of the people from Northern and Southern parts of America. The other factors that were also responsible for this divide were the differences in lifestyles, social structures, and customs of the people from these parts of the country. Representation in the House as well as the senate was a bone of contention between these two sides, as were the differences in opinion over the tariffs.

Another issue that had divided the nation was that of slavery. People from the Southern parts of America found the weather was favorable for agriculture and this required a large labor force and most of these laborers were slaves. In the Northern parts, the climate was not favorable for agriculture. However since the region was riding high on the industrial revolution, there were many industries that were set up in these parts. Most of the work in these industries was automated and this decreased the requirement of the labor force.

The northern parts of the country was against slavery, whereas, the southern states were in favor of it. The plantation owners of the south were not ready to give away their 'rights' to slaves. This prompted the states from the southern parts of America to secede and form a 'Confederate States of America', while the rest of the states from north formed the 'Union' and the nation plunged into a civil war between these two sides at the end of which slavery was abolished and America was united. This ushered in a wave of nationalism throughout the country.

Some similar examples that have brought forth the issue of nationalism vs. sectionalism have been of Kashmir and India, Quebec and Canada, and Scotland and England. Recently, a referendum was held to decide the future and secession of Scotland from Great Britain. The referendum did rule out the possibility of any need to chalk out new international borders, yet the demand was so popular that there was a need to find out the popular public opinion through an electorate.

All in all it is a good thing to be proud of one's origins but these cannot trump over the reality of the people belonging to a nation, especially in today's political scenario where the extent of a nation, as mentioned earlier, is not fluctuating.
Share This 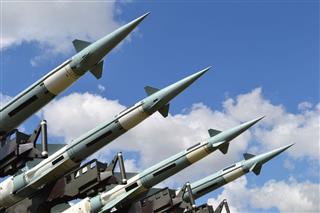 Top 10 Military Powers of the World 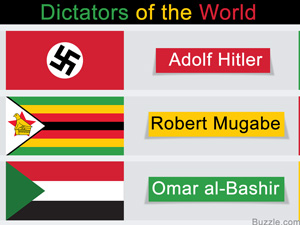 Top Ten Dictators of the World