The Importance and Significance of Cats in Ancient Egyptian Culture

Cats were held in very high esteem by the ancient Egyptians. This Historyplex post attempts to shed some light on the significance of cats in Ancient Egypt.

Cats were held in very high esteem by the ancient Egyptians. This Historyplex post attempts to shed some light on the significance of cats in Ancient Egypt.

In a battle between Persians and Egyptians, the former captured a large number of cats to use them against the latter. Seeing their revered felines running haphazardly across the battlefield, the Egyptians chose to surrender, rather than killing the cats.

Located at the crossroads of Africa, Asia, and Europe, the land of Egypt comprises hot, sandy deserts crossed by the ever-meandering Nile that constantly makes its way into the Mediterranean sea. The Nile valley is one of the most fertile regions of the world, and it has been supporting human habitation since almost 9,000 years. On this land, some 7,000 years ago, a mighty civilization rose, and attained such a height that we can only but admire it.

The ancient Egyptians have left a huge legacy of their material remains, which has helped us understand numerous interesting aspects of their life and culture. Their pyramids and mummies have always been the subjects of awe. However, there are several other aspects as well, which have managed to attract substantial amount of popular attention. One such aspect is the peculiar relationship that the ancient Egyptians shared with felines―cats in particular. It is absolutely fascinating how cats not only entered the common households of Ancient Egypt, but also occupied an important place in their religious realm.

Cats were called Mau in Ancient Egypt, and initially the animals attained an important place as the protectors of the country’s grain, as they killed rodents and snakes. Owing to this, cats came to be regarded as protectors of evil by the ancient Egyptians, and were domesticated by them. Several archaeological remains point towards the domestication of cats in Ancient Egypt. Moreover, various DNA comparisons also suggest that many species of modern cats may have been descended from the Egyptian wildcat (Felis silvestris catus).

The ancient Egyptians admired cats for their friendly, playful, and intelligent traits. But, they were also held in high esteem for their aloofness and mysterious characteristics. There is ample historical and archaeological evidence to show that the cat was, indeed, an integral part of a standard ancient Egyptian household. Most tomb paintings representing household scenes have depictions of cats either playing, feeding, or just resting. The ancient Greek historian, Herodotus, who traveled to Ancient Egypt, has mentioned in one of his travelogues about the importance of domesticated cats. Herodotus wrote that in Ancient Egypt, the pet cat was considered as another member of the family. Even when a pet cat died, elaborate funerary rituals were held in its honor, and the entire family would go into deep mourning. Moreover, the men of the household would shave their eyebrows to express their sorrow.

One of the most obvious evidences showing that cats were, indeed, the most domesticated animals in Ancient Egypt comes from the period between 2,000-1,000 BCE, from the desert on the outskirts of the town of Beni Hasan, an ancient Egyptian cemetery site. Here, in an accidental recovery in 1888, an Egyptian farmer stumbled upon thousands and thousands of cat mummies, buried underneath the desert sands. These, according to archaeologists, were apparently domesticated cats, as people would not otherwise take trouble to go in the wild, look for dead cats, and mummify them.

The Egyptians worshiped a huge pantheon of gods and goddesses, with the inclusion of various sacred animals. Cats were obviously important, and there were enormous cults, which revered these felines. If we consider lions as cats, the cult of the Lion-headed Goddess, Sekhmet, was prominent. She was a warrior goddess, who led the pharaohs in warfare. She also protected humans from venomous animals, and since venomous creatures, such as snakes and scorpions were (and are) in abundance in the Egyptian desert, the goddess had an important place in the pantheon.

While all the other ancient Egyptian gods and goddesses are depicted in the form of big cats―mainly lions―only Goddess Bast was represented as a domestic cat. In fact, all the cats were considered to be the manifestations of Bast, who was, in turn, their protector. Bast was depicted as a young woman with a cat’s head. However, she became Bastet, when she was portrayed fully as a cat. She sat in a crouched position, in most depictions.

Because domestic cats were known for their mysterious and secretive nature and also possessed an ability to see in the dark, Bast and all her earthly manifestations came to be associated with the Underworld―the realm of the dead. Owing to the cat’s status as a guardian, it was then regarded as the sacred guardian of the Underworld.

The Cult of the Cat

The cult of the cat, as it was known, was functional in Egypt right since the 16th century BCE. However, the culmination of the cult came about only by the 8th century BCE, when Sheshonq I (or Sheshonq I), the founder of the Twenty-second Dynasty developed Bubastis into an important city. Bubastis, situated on the east of the Nile Delta, was a major center for the worship of Bast. Owing to the rising importance of the city, the cult of Bast also became increasingly popular throughout the land. The cult at Bubastis became so huge during this time, that the name of the city became almost synonymous with the name of the goddess.

According to Herodotus, the population of cats in and around the temple of Bubastis was so large that, in order to control it, these felines were regularly sacrificed to the goddess. Their corpses were then mummified and sold to pilgrims as relics. Each year, a festival was held at Bubastis in honor of the goddess, and people from every nook and corner of Egypt, flocked to the place. Cat, as a divinity, then came to be associated with fertility and motherhood, alongside her older domain of protection against evil.

Slowly and steadily, as the cult flourished even beyond Bubastis, the cat became a very important and common, sacred motif. Cats began to appear on objects, such as jewelry, clothing, mirror handles, etc. Wooden and bronze statuettes of cats were also made and sold, especially for funerary purposes, but also sometimes for decorative purposes. Cat figurines were also placed outside houses and shrines, in order to ward off evil spirits. A mummified cat is one of the grave goods that has been abundantly found in tombs, especially of nobility and the royalty. This shows how important the cat was for the ancient Egyptians.

The ancient Egyptian law forbade the killing of cats, except of course for sacrificial purposes. The punishment for killing or harming (even accidentally) even a stray cat in Egypt was death. Even the export of cats was prohibited by law in Ancient Egypt, but they were often smuggled by Phoenician traders to be sold in the Mediterranean countries. However, the Egyptian Pharaohs sent their soldiers to recapture their cats.

In 390 CE, cat worship in Egypt was officially banned by the Roman empire. Owing to this, the cult’s reach and popularity declined to a great extent. Though they are no longer worshiped in the manner they used to be, cats are still loved the world over as pets and for their mouse-hunting skills. 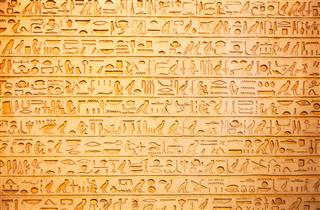 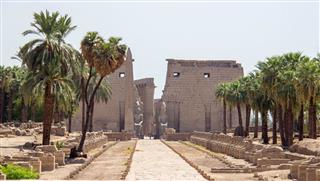