The U.S. constitution drafted in 1787 was ratified in 1788, and several amendments were made to it thereafter. Till today, it remains to be one of the shortest (7 Articles and 27 Amendments) written constitutions of the world. Article Five of the U.S. Constitution provides for the procedure of amendment to the Constitution. The 15th Amendment falls under the category of 'Safeguards of Civil Rights'.
Background
The 13th Amendment (1865) abolished slavery, and the 14th Amendment (1868) granted U.S. citizenship to all, including the slaves. Although it was widely discussed and debated upon by the Congress, the 14th Amendment to the U.S. Constitution did not include anything related to the voting right. This left the issue of suffrage with the States. The Northern states were equally unwilling to allow the right to vote to African-American people, both the newly freed and to those who had never been slaves.

The 39th Congress session extended the right to vote to African-Americans through the law made for the District of Columbia and the seceded states (as a condition of readmission had to guarantee Negro suffrage). After the election of Ulysses. S. Grant as the President, the third "lame duck" (the last session of the sitting Congress, when the new Congress has already been elected) session of the fortieth Congress proposed the Fifteenth Amendment for ratification by the states.

The members of Congress were roughly divided into three factions:

The amendment went in favor of the third faction.
The Fifteenth Amendment to the U.S. Constitution
Fortieth Congress. Session III, Resolution no. 14

Resolved by the Senate and House of Representatives of the United States of America in Congress assembled, (two-thirds of both houses concurring,) That the following article be proposed to the legislatures of the several States as an amendment to the Constitution of the United States, which, when ratified by three-fourths of said legislatures, shall be valid as part of Constitution, namely:

The state legislature of New York withdrew the ratification of the amendment, but the state of Georgia ratified the amendment. Thus, the Secretary of State Hamilton Fish issued a proclamation certifying the ratification of the 15th Amendment by the states on March 30, 1870.
Summary
The 15th Amendment gave African-American men the right to vote. No law, neither the federal nor the state legislation, could deny them this right on the basis of their race or skin color, or due to their existence as slaves in the past. The U.S. Congress was given the authority to enforce this right of enfranchising all citizens by making laws in accordance to the amendment.

Various states tried to disenfranchise the black voters by bringing up trivial objections and by making discriminatory laws. One of such law was the 'Grandfather Clause'. Persons who had been voters or descendants of voters could register as voters. They did not need to take any literacy tests (another way of discrimination), which favored the illiterate whites over the blacks. African-Americans were prevented from voting on grounds of illiteracy or discriminatory administration of these literacy tests.
Significance of the Fifteenth Amendment
The 15th Amendment is important as a 'just principle' in deciding who has a right to vote. Thomas Mundy Peterson was the first black person known to vote on 31st March, 1870 in Perth Amboy, New Jersey, to elect the Mayor.

Excerpts from the newspaper Daily National Republican of March 31, 1870:
...and as President Grant remarks in his message, the adoption of this fifteenth amendment "completes the greatest civil change and constitutes the most important event that ever has occurred since the nation came into life."


► It abolished the qualifications of suffrage (right to vote). It eliminated any irrational preconditions for exercising the right to ballot.

► It is important as a natural corollary of the earlier Emancipation Proclamation (1863), the 13th Amendment (1865), and the Civil Rights Act of 1886. establishing equality between the former slaves and the whites constitutionally.

► In 1910, the Supreme Court, interpreting the 15th Amendment, struck down the 'Grandfather Clause' of Oklahoma state, which was discriminatory towards African-Americans, as it had exempted the white voters from a literacy test.

► Later, in 1944, the Supreme Court overruled its earlier judgment, by ruling that denying non-white people a ballot to vote in primary elections violated the 15th Amendment.

► The 1957 Civil Rights Act was passed to give effect to the 15th Amendment. The Attorney General of the United States was authorized to prevent any interference with the voting rights of citizens.

► The 1960 Civil Rights Act further expanded the scope of this authorization, by enabling the courts to find a "pattern or practice" of discrimination in any jurisdiction.

► The Voting Rights Act of 1965 abolished any "test or device" as a basis for denying any person the right to vote.

► Discrimination on racial basis was observed also during drawing of the city limits. The Supreme Court in 1960, struck down this gerrymander in Tuskegee, Alabama.


The 15th Amendment acts as a milestone in the rectification of the U.S. constitution to protect the civil rights largely and the voting rights specifically of its racially diverse population.
Share This 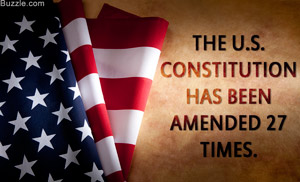 27 Amendments to the US Constitution

How Many Amendments are there to the U.S. Constitution?

Who Wrote the United States Constitution? 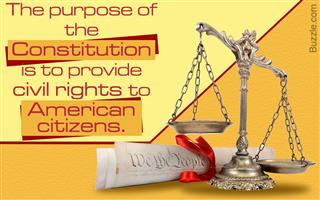 What is the Purpose of the Constitution of the United States? 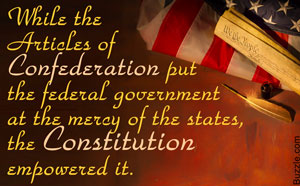 Articles of Confederation Vs. Constitution

When was the Constitution Written?

Bill of Rights for Dummies 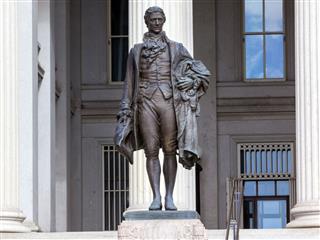