The temple of Athena Nike is considered the earliest and one of the smallest temples in the Acropolis of Athens, Greece. It was constructed in honor of the Greek goddess of victory - Athena Nike, and was designed by an architect named Kallikrates. It is located on the southwest corner of the Acropolis, on a protruding tall rock on the right hand side (as one ascends the steps) of the Propylaea - the monumental gateway to the Acropolis.
History
Archaeological evidences suggest that worship of Athena Nike at that site, dates back to the Bronze Age. During the Archaic era (6th century B.C.), a wooden temple was built on the site, which was demolished by the Persians in 480 B.C. The reconstruction of the temple started around 448 B.C., and was completed in 420 B.C. According to the ancient writer Pausanias, there was a wooden statue of Athena Nike, which had a helmet in her left hand and a pomegranate in the right hand. Nike, the winged goddess of victory was depicted without wings in this temple of Athena. Hence, Athena Nike was also known as Nike Apteros, which means wingless victory.
In 1686, the Turks were cornered by the Venetians at the Acropolis. During the siege, the Turks demolished the temple of Athena Nike, and used the stones from the temple to build a wall in front of the entrance of the Acropolis and a tower. After the surrender of the Turks, the temple remained in dilapidated condition till the time of the Greek War of Independence, in 1835. During the reconstruction of the Acropolis (from 1835 to 1838), the temple was also rebuilt. It was dismantled and rebuilt once again during 1935 to 1940. In 1998, reconstruction of the temple started again, and some parts of the frieze were shifted to the Acropolis Museum.
Structure
The temple was built on the remains of the earlier one, which was destroyed by the Persians. The new one designed by Kallikrates, was a typical Ionic style structure with four columns each on the front and the back (east and west directions). On both sides, there existed a portico, between the columns and the unadorned walls of the cella (inner part of the temple, where the statue was located).
The frieze - the middle region of the horizontal band, above the columns, was beautified with sculptures on all four sides of the temple. The frieze depicted gods, like Athena, Zeus, and Poseidon on the east side; the Battle of Plataea with the Persians on the south; and the battle between the Greeks on the north. Some sculptures of this frieze is now kept in the Acropolis Museum.
This temple, made of pentelic marble, is about 23 feet high, 27 feet long, and 18 feet wide. The columns are 13 feet high, and the ratio of height to its diameter is 7:1. The temple faces east, with its back side facing the entrance of the acropolis. Around 410 B.C., a parapet was constructed around the temple (except the east), to protect the visitors from falling off the bastion.
Restoration works are still underway at the Acropolis site, and the temple of Athena Nike still exists, thanks to the frequent restoration and reconstruction efforts.
Share This 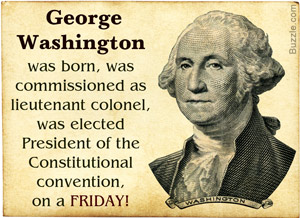