Timeline, Effects, and Significance of the Battle of Yorktown (1781)

One of the most important battles in the American Revolutionary War, was the Siege of Yorktown. Let us look at some interesting facts about this battle of 1781, and find why it took place and its after-effects.

Home / Uncategorized / Timeline, Effects, and Significance of the Battle of Yorktown (1781) 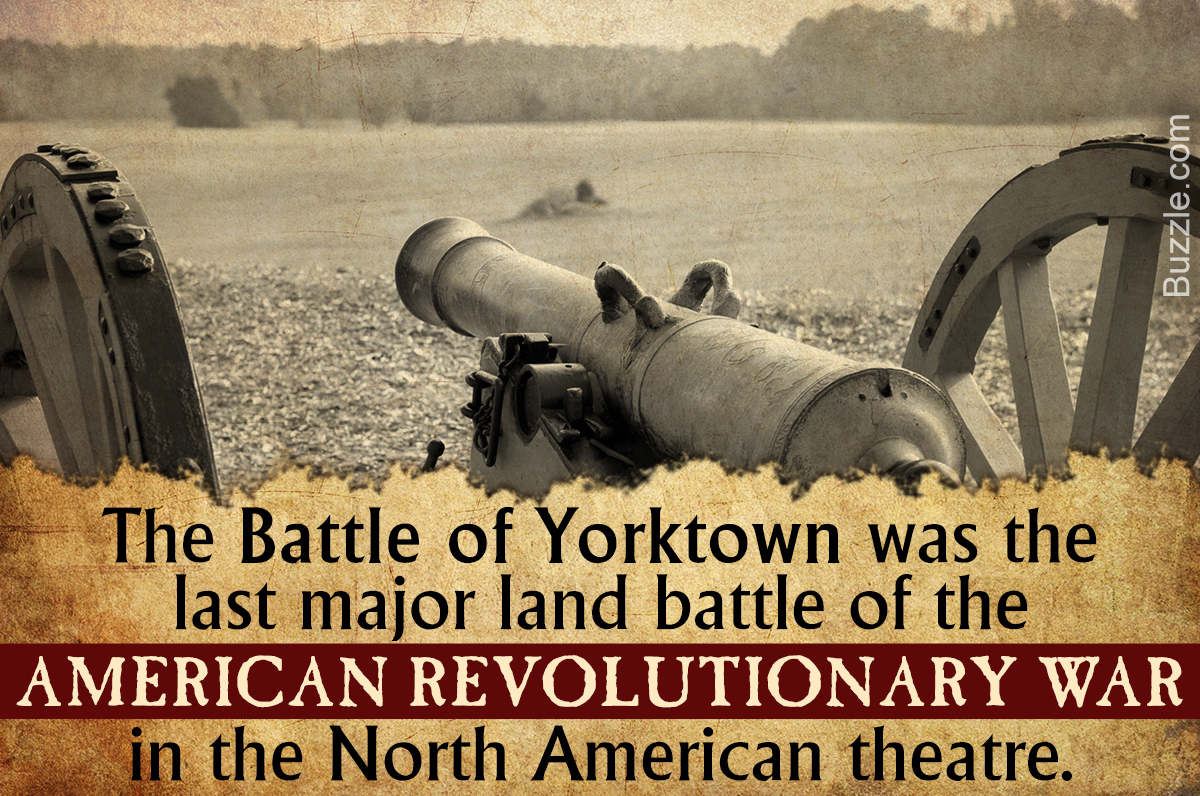 One of the most important battles in the American Revolutionary War, was the Siege of Yorktown. Let us look at some interesting facts about this battle of 1781, and find why it took place and its after-effects.

It is rumored that when the British troops and General Cornwallis were leaving Yorktown, they played a tune called ‘The world turned upside down’signifying their defeat by the hands of the American revolutionary underdogs.

The Battle of Yorktown was an important incident of military conflict between the forces of the Kingdom of Great Britain, and the thirteen colonies of North America, during the war of independence of the United States of America.

On the 28th of September 1781, the combined forces of approximately 17,000 French and American Continental troops under the command of General George Washington, commenced the siege against the British General, Lord Cornwallis and approx. 9,000 British troops, at Yorktown, Virginia. It is considered by many historians as the most important battle of the revolutionary war. The fight culminated in victory for the French and American troops, and the destruction of the British force, effectively ending the war in the colonies. Let’s now look at the participants of this battle and the timeline of events in some detail.

Between December 1780 and April 1781, the British army under the leadership of General Benedict Arnold had gained major victories, at Richmond, Rhode Island, Blandford, and Petersburg. In May, he was joined by Charles Cornwallis, who had retreated to Petersburg after incurring heavy losses at the battle of Guilford. The British forces then set to attack depots and supply convoys, and they started building a deep-water port in Yorktown.

In July, George Washington and Rochambeau met near New York, where Washington wanted to use the combined French and American Forces to capture the city. However, he was dissuaded by Rochambeau, who recommended to attack the British near the Virginia coast, because of the strong presence of the French navy under de Grasse in that area. After a lot of deliberation and discussion, George Washington abandoned his plans of capturing New York, and prepared his army to attack Virginia.

Participants of the Battle

The strength of the British troops was augmented with soldiers of the Hesse-Kassel and Ansbach-Bayreuth colonies. Together they made approximately 9,000 men. They were led by Lord Charles Cornwallis, who was seconded by Charles O’Hara, and Thomas Symonds.

The colonist troops were divided into three parts, i.e., around 8,000 American soldiers with more than 3,000 militia from the nearby areas under the leadership of General George Washington, 8,000-9,000 French soldiers led by French General Comte de Rochambeau, and a naval fleet of 29 warships led by the French Admiral Comte de Grasse.

Timeline of Events of the Battle of Yorktown

The continental troops under Major General Marquis de Lafayette, were sent to be stationed at Virginia.

The British troops under Lord Cornwallis entered Virginia, in the belief that defeating the continental troops and capturing Virginia would be a deathblow to the American revolutionary campaign.

The British troops made camp in Yorktown, near the York river, at Gloucester point. General George Washington in New York learned that Lord Cornwallis had planned to use Yorktown as a supply point through Lafayette’s spies. Plans were immediately made to move the American army towards Virginia.

George Washington was informed that his ally, the French Admiral Comte de Grasse, was sailing towards Chesapeake Bay with a large army and naval fleet. Accordingly, Washington secretly mobilized the American continental army towards Virginia.

The French war-fleet under Admiral de Grasse defeated a British war-fleet under Admiral Thomas Graves at the Battle of the Capes. The British fleet was carrying reinforcements for Cornwallis and his army. By September 14, the British navy retreated from the coast of Virginia. At this time, the French and American armies under General Rochambeau and General Washington, came together at Williamsburg.

400 French and 400 American soldiers made the first attack on the British fortifications at Yorktown. The battle began.

The battle was largely going in favor of the French and American forces. Lord Cornwallis realized, that even if any reinforcements were on their way, they would not reach in time. An attempt to escape the area was made by the British troops, but was foiled by an unexpected storm.

The British troops surrendered to the American and French troops under George Washington, ending the battle and the Revolutionary war in the American Colonies. General Cornwallis and his troops were taken as prisoners of war. Cornwallis signed a parole agreement, in which he agreed to stop any combat against the Americans.

Great Britain finally signed the Treaty of Paris, where it formally recognized the independence of the United States. The treaty was formally accepted by the Congress on January 14, 1784.

End of the Battle and After-effects

After looking at the summary and timeline of the Battle of Yorktown, let us now look at its conclusion, aftermath, and its significance in the American Revolution.

The British Surrender to George Washington after the Battle of Yorktown

After Cornwallis asked for a truce, several messages were sent back and forth between the two sides to find agreeable terms of surrender. The British made many demands to George Washington, which were declined, due to the fact that similar conditions were declined by the British to defeated American soldiers in previous battles. When Washington finally threatened to resume the fighting, Cornwallis accepted the terms of surrender, set by the French and American forces. On the day of the surrender ceremony, he claimed he was ill and sent his second in command General Charles O’Hara to hand over his sword to the French and American leadership.

Over 8,000 British troops surrendered that day, dealing a severe blow to the British empire’s war plans in the colonies. Despite having more than 20,000 troops left in America, they decided to withdraw completely from their American colonies, due to their other military engagements in India, Gibraltar, etc., leading to the Treaty of Paris. The treaty was negotiated in Paris, France, and was presided over by Benjamin Franklin, John Adams, and John Jay from the American side, and David Hartley, a member of British Parliament. By the terms of the treaty, the British empire recognized that the thirteen colonies were independent, and released all American POWs. It also agreed on free access to the Mississippi river, relating to border and fishing issues. Another important point was that the Americans were now allowed to expand the boundaries of their new nation westwards, towards the Pacific.

Although the revolutionary war continued in the naval battles, and other areas, the war was definitively concluded in the American colonies, which gained their independence after eight years of grueling war. 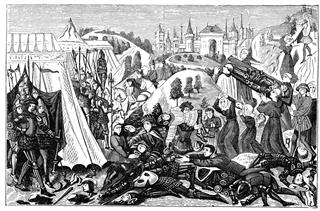 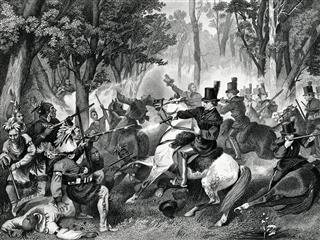 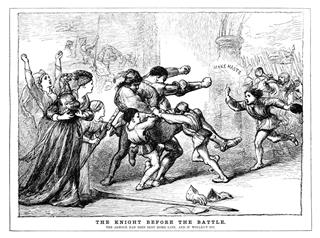 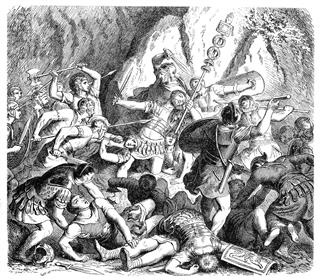 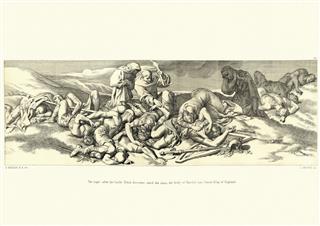 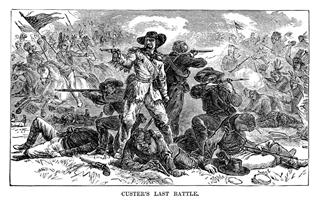