Margaret Thatcher was one of the most important political figures of the 20th Century. She was a British politician. Daughter of a grocer, she went on to become the leader of the conservative party from 1975 to 1990. She was the first female Prime Minister of the United Kingdom and served from 1979 to 1990. She was also known as the "Iron Lady". She led Britain in the Falklands war, and during her tenure she reshaped almost every aspect of British politics, reviving the economy, reforming outdated institutions, and reinvigorating the nation's foreign policy.
Timeline
1925: Margaret Hilda Roberts was born on 13 October 1925 to Beatrice Stephenson Roberts and Alfred Roberts in Grantham, Lincolnshire.

1944: Attends Oxford and studied chemistry there.

1946: Becomes the president of the Oxford University Conservative Association.
1947: Graduates from Oxford with a degree in Natural Sciences.

1950: Completes her MA from Oxford, and fought unsuccessfully as the Tory candidate for Dartford.

1953: Qualifies as a lawyer, and gave birth to twins Carol and Mark.
1954: Is rejected as candidate for Orpington.

1961: Votes against the Conservative Party's official position for the restoration of birching (corporal punishment).

1976: She made a speech attacking the Soviet Union. She was dubbed as the "Iron Lady" by the soviet press.

1979: She is elected as Britain's Prime Minister.

1980: Refuses to reverse her economic policy despite rising unemployment and inflation.
1982: The British retakes Falkland Islands from Argentina under Thatcher's leadership.

1984: Narrowly escapes assassination by the IRA at Brighton.

1986: Her government controversially abolishes the Greater London Council and six Metropolitan County Councils.
1987:Leads her party to victory in the 1987 general election, and becomes the longest continuously serving Prime Minister of the United Kingdom since Lord Liverpool.

1989: She is challenged by Sir Anthony Meyer for the leadership of the Conservative Party. Introduces poll tax in Scotland and raises interest rates to curb inflation.

1990: Resigns from the post of Prime Minister following a challenge to her leadership. John Major succeeds her.
1992: Retires from the House of Commons.

2008: She is presented with a "Lifetime Achievement Award".
These were some important times of her life. Becoming the first woman to become the Prime Minister of Britain, and by doing a good job while she was at it, she proved to critics that women too can lead a country successfully.
Share This

Women in World War One

Facts about Joan of Arc 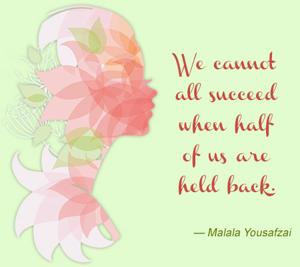