Tony Blair was the Prime Minister of the United Kingdom for a period of ten years from 1997 to 2007. He led the Labor Party from 1994 to 2007 and was the longest-serving Prime Minister of the Labor Party. He steered their party through three consecutive successes in the general elections.
Tony Blair was born on May 6, 1953, at the Queen Mary Maternity Home in Edinburgh, Scotland. He attended the Durham's Chorister School from 1961 to 1966. He later joined the Fettes College in Edinburgh, after which he was a student of the St. John's College at the Oxford University. Throughout his years of college, he was interested in music. He played the guitar and sang for a rock band in the college. He later developed a deep interest towards religion and politics, because of the guidance of Peter Thomson, an Australian-Anglican clergyman and Blair's fellow student. On May 29, 1980, Tony Blair tied the wedding knot with Cherie Booth, an English Barrister. They have four children.
Tony Blair's political career began in the early 1980s, when he joined the Labor politics in Hackney South and Shoreditch. During his years in politics, he was a supporter of unilateral disarmament, being a member of the Campaign for Nuclear Disarmament. He won the election for MP for Sedgefield. By 1984, he became the assistant Treasury spokesman. In 1988, he became a part of the Shadow Cabinet as Shadow Secretary of State for Energy. In 1989, he became the Shadow Employment Secretary. He contributed to the formulation of the minimum wage policy in 1992. As a leader of the Labor Party, he always worked towards reforming the working of the party and bettering its image in society. He pioneered in bringing the Labor Party into Britain's central politics.
On May 2, 1997, Tony Blair became the Prime Minister of the United Kingdom. He simultaneously served as the First Lord of Treasury, Minister of Civil Service, Member of Parliament, while also leading the Labor Party. He played a vital role in the Northern Ireland peace process that led to the Provisional Irish Republican Army ceasefire and many other political developments. He supported the 2001 invasion of Afghanistan and that on Iraq in 2003, thus endorsing the United States' foreign policy. He brought about some notable procedural reforms, while he was the prime minister. In 2003, Blair was honored with the Congressional Gold Medal. The year 2007 saw him resign from the post of Prime Minister and from the position of leader of the Labor Party. Blair did not issue a list of resignation honors and became the first prime minister of the modern times to have not done so.
After resigning from the position of Prime Minister in June 2007, he became the Middle East envoy for the United Nations, European Union, Russia, and the United States. In 2008, it was decided that he would join the investment bank JPMorgan as a senior adviser. It was announced that he would be teaching at the Yale University during the academic year 2008-09.
He is the founder of Tony Blair's Sports Foundation that encourages sports in England. He has also established the Tony Blair Faith Foundation to encourage different faiths to coexist in society.
In 2010, there were reports of the release of Tony Blair's memoirs. The reports created some controversy. Later that year, Blair's memoirs were published. The book was called A Journey. It talked about Blair's support for Iraq War and described his tense relations with Gordon Brown. It also carried his views about the Royal Family. Before the book's release, it was declared that all the royalties would be paid to a sports center for badly injured soldiers. This act received mixed reactions from the media. While some sensed a hidden motive behind it, some thought it to be an expression of guilt or an act meant to make up for mistakes. Also, there were reactions calling this act a clever move. On its launch, the book became the fastest-selling autobiography and received different kinds of reactions from readers and critics. One reaction worth a mention here, is one by Blair's biographer, Anthony Seldon. In his opinion, A Journey is a good book that tells a lot but is also quite harsh and defensive. He also commented that it could have been better if Blair had reflected more.
Fighting controversies and rising above criticism, Tony Blair remains to be one of the most recognized figures in the political scenario of the world.
Share This 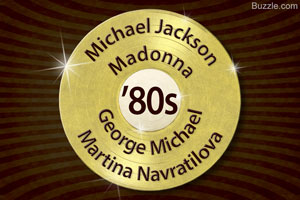