The Neolithic era or the New Stone Age was approximately from 10,000 to 3,000 BCE. The end of this era brought with it the end of the Stone Age and the rise of the Copper Age. However, neolithic tools and weapons laid the foundation for many other inventions and tools for the following eras to come. 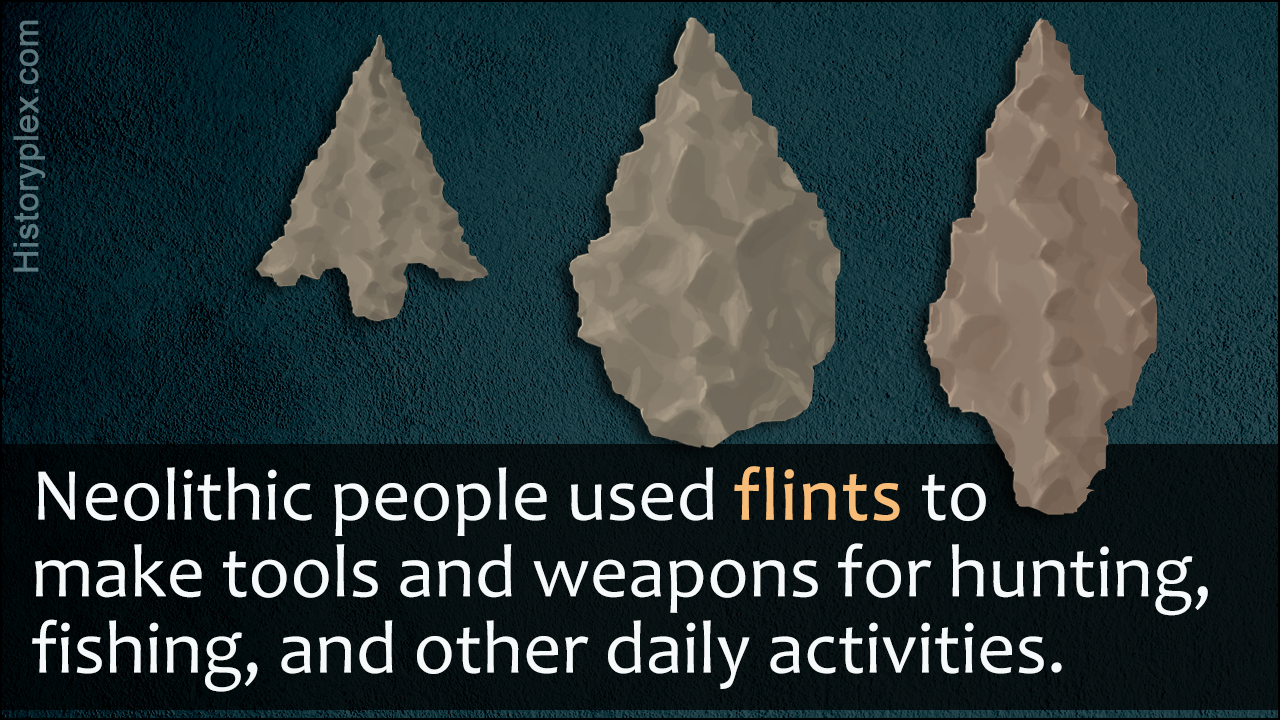 The Neolithic era or the New Stone Age was approximately from 10,000 to 3,000 BCE. The end of this era brought with it the end of the Stone Age and the rise of the Copper Age. However, neolithic tools and weapons laid the foundation for many other inventions and tools for the following eras to come.

Stonehenge, a prehistoric monument and a UNESCO world heritage site since 1986, in England is from the mid-Neolithic era. It took about 1,500 years for Neolithic builders to put it up.

The Neolithic period was the last phase of Stone Age. During this time, man abandoned his nomadic ways and settled down in one place. He adopted agriculture, pottery, and animal husbandry as his new occupations rather than hunting and gathering, like he did before. This meant that his tools and weapons needed to modified as per requirement.

The tools that he once used to protect himself from other tribes and wild animals had to do a double duty of not just protecting, but also coming with other uses. The Neolithic tools and weapons were meant more for clearing plants, digging, cutting, etc.

Axes were one the most important tools for the Neolithic man. They were used for clearing land and cutting down trees for agriculture. Axes also made excellent weapons to ward off enemies and animals. The man used other stones firstly to flake it and give it a definitive shape and another stone to grind it and give it a better and sharper finish.

Knives and scrapers were one of the most vastly found tools even before this time. Knives were used to butcher animals as well as to separate the hide from the meat. The skin/hide would further be used to make leather, while the meat would be eaten.

A scraper, on the other hand, had a longer and slightly curved edge, making it easier for the user to scrape out the meat off the animal.

These tools would be shaped by knapping, i.e., banging off layers of flakes. 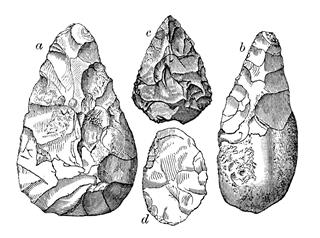 The Neolithic man used smaller, longer, and sharper stones as blades to insert into the animal carcass. He also used them for separating the meat off the bone. Though very useful, these were difficult to make. These needed to be sharper than the scrapers and in the process, they were more fragile and harder to make.

Diggers were drop-shaped flints that were broad at one end and sharper at the other. The sharp end was used to dig into the soil, while the broader side was used to scoop out the roots and bulbs.

Arrows and spearheads were made more sophisticated as compared to the previous two ages. The tips were made more delicate and the edges were sharper. A whole new level of ingenuity was used to make the end of the head slip into the shaft and provide a place that could be used to tie the head into its place. Spearheads too were made in the similar fashion.

Leaf-shaped flintstones were commonly found all over several sites. These were used as knives as well as arrowheads. Many were found with a glue-like substance on them, indicating the versatile uses of the weapon.

Flints were not just found in plenty, but were also easier to sharpen and less fragile as compared to bones and wood that early man used to make weapons out of. This made it a preferred choice at the time. However, the sharper and more tapered it got, the more fragile it became. It also became blunt quite easily. Such minus points soon led to a new age called the Bronze Age, where smelting and invention of better weapons and tools were done.