An Overview of the Colorful Traditional Mexican Clothing

Cool, comfortable and beautifully embroidered - indigenous clothing of Mexico is still quite researched by people who wish to own a garment of this kind. Vivid and strong colors form a part of the Mexican clothing. It has a major use of fabrics such as cotton and fibers like bark and agave.

Home / Uncategorized / An Overview of the Colorful Traditional Mexican Clothing

Cool, comfortable and beautifully embroidered – indigenous clothing of Mexico is still quite researched by people who wish to own a garment of this kind. Vivid and strong colors form a part of the Mexican clothing. It has a major use of fabrics such as cotton and fibers like bark and agave. 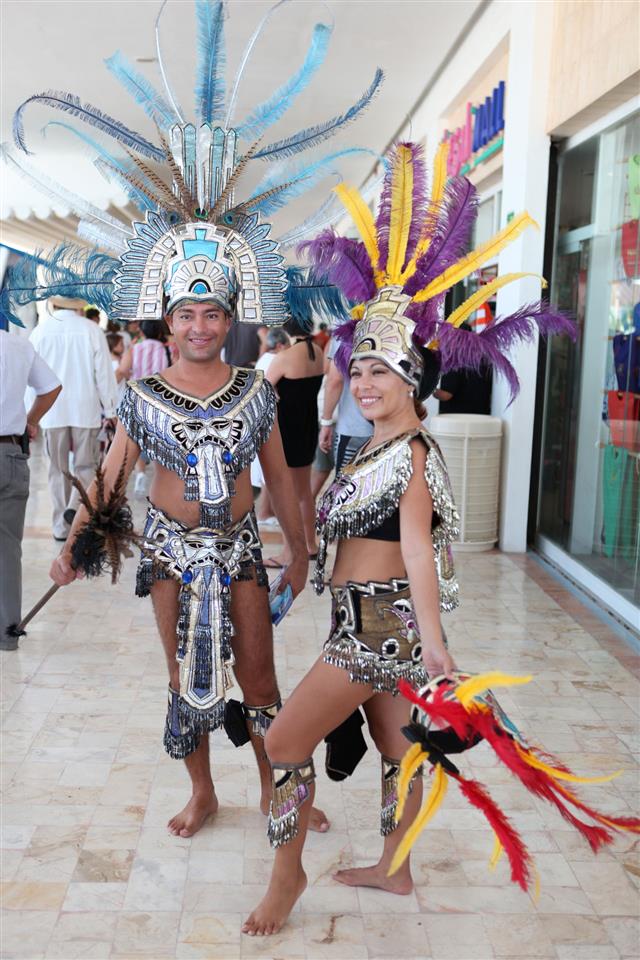 Mexico has one the largest tourism industries in the world. This popular tourist destination has a lot of things in store for you. One thing that has intrigued all, in addition to the really rich and spicy Mexican food, is the traditional Mexican clothing.

Native Mexican and pre-Hispanic civilizations mainly used bark and agave fibers to make clothes. Silk and wool were introduced much later by the Spanish.

Traditions and Customs in Mexican Clothing

The huipil is a beautiful garment worn by women. It can be described as a sleeveless tunic or can be roughly said to be a sack-like garment.

Generally, cotton is used for huipil, but at times, wool is used as well. Here, rectangular strips of cloth are cut in varied lengths, either long or short, wide or narrow. The fabric is woven and embellished with motifs that tell a story of the old folklore.

This garment is almost cape-like in its appearance where the head has to pass though the center opening and the corners of the fabric are left hanging on four sides. To get a basic idea of the quechquémitl, you can rummage through your wardrobe and take a look at the very stylish poncho.

The poncho is a ubiquitous garment that has made a comeback in the fashion scene. Generally, one can find the use of handwoven cloth in the creation of the quechquémitl, aka serape.

The rebozo is worn by women in Mexico. Its origins cannot be placed correctly; experts say that the rebozo originated due to the intermingling cultures that were colonized by Spain. Also, the term ‘rebozo’ had not made its appearance in Spanish until 1562.

The rebozo is rectangular in shape and is made of cotton, silk, wool, or articela. It is also worn as a shawl/scarf; sometimes, women also use it to carry goods to the market.

Puebla dresses and blouses generally have short sleeves and loose fits. The Mexican folklore dresses are used by the traditional folk dancers and are very fancy in their overall look. The design of the upper half closely resembles the Puebla blouse.

The design of the lower half is also fancy and in many tiers. This kind of dress is long and flared, and has little puffed sleeves. It became famous as the Boho dress, later on.

The embroidery used forms an integral part of the clothing. Most outfits are beautifully styled with colorful embroidery done on them. The embroidery also used symbols with a specific meaning.

Skirts are the most well-known part of Mexican clothing; they are generally rectangular in shape and are known by different names, depending on their region of origin. The skirt is usually an ankle-length and is worn by wrapping it around the body and tucking one part of it towards the inside.

The Mexican sombrero forms an integral part of Mexican clothing. This term simply refers to a kind of a hat that has a brim. The brim acts as a way of protection from the sun. Such sombreros were generally worn as a part of traditional clothing. The peasant sombreros are generally made of straw, whereas, some are even made of felt, which inclines towards the expensive side.

Traditional clothing from Mexico is still sought after by many as it was very simple but beautiful. The colors, patterns and prints gave the clothing a very distinctive look. Mexican clothing was all about comfort and letting the body be at ease with the kind of temperatures faced.