Today, when we mention the word fashion, the country that first comes to our mind is France. However, back in the 16th century, this honor actually belonged to Spain. Here, we'll take a look at traditional Spanish clothing, and why their styles later saw a downfall. 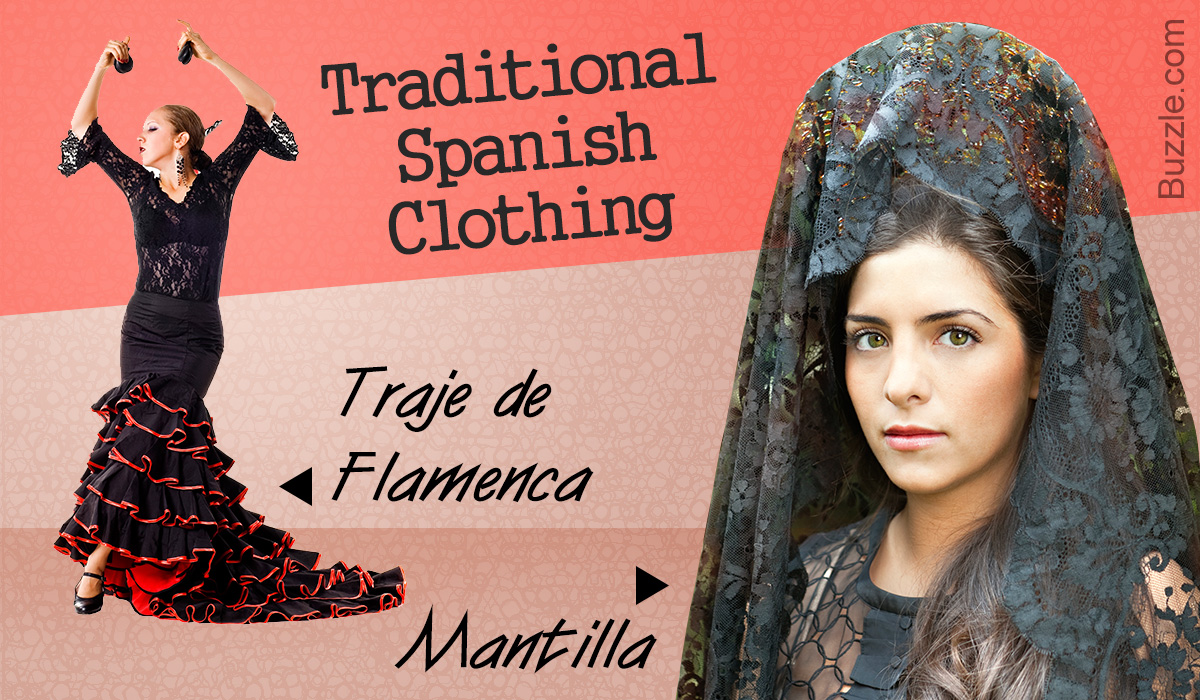 Today, when we mention the word fashion, the country that first comes to our mind is France. However, back in the 16th century, this honor actually belonged to Spain. Here, we’ll take a look at traditional Spanish clothing, and why their styles later saw a downfall. 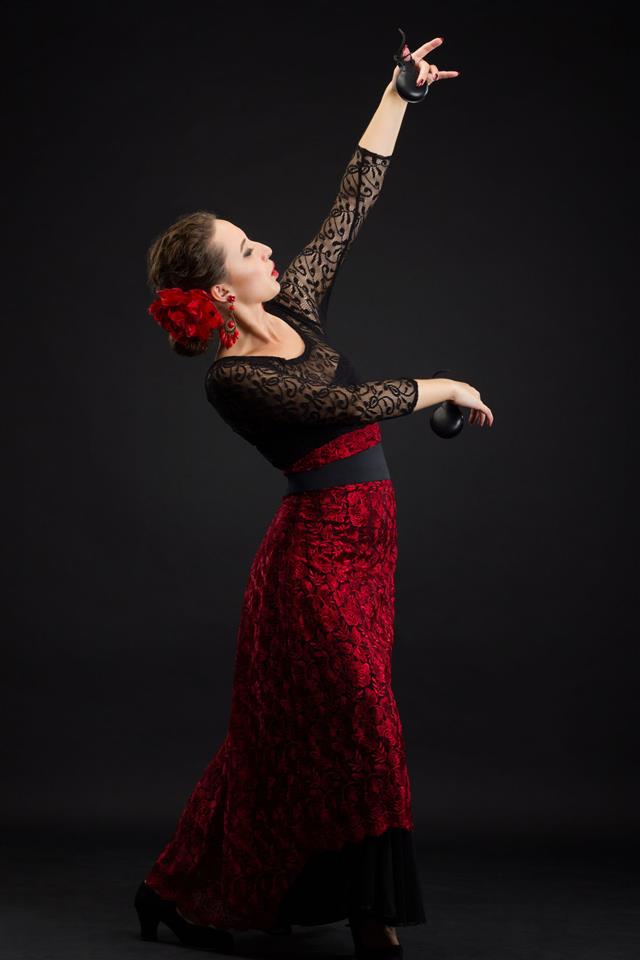 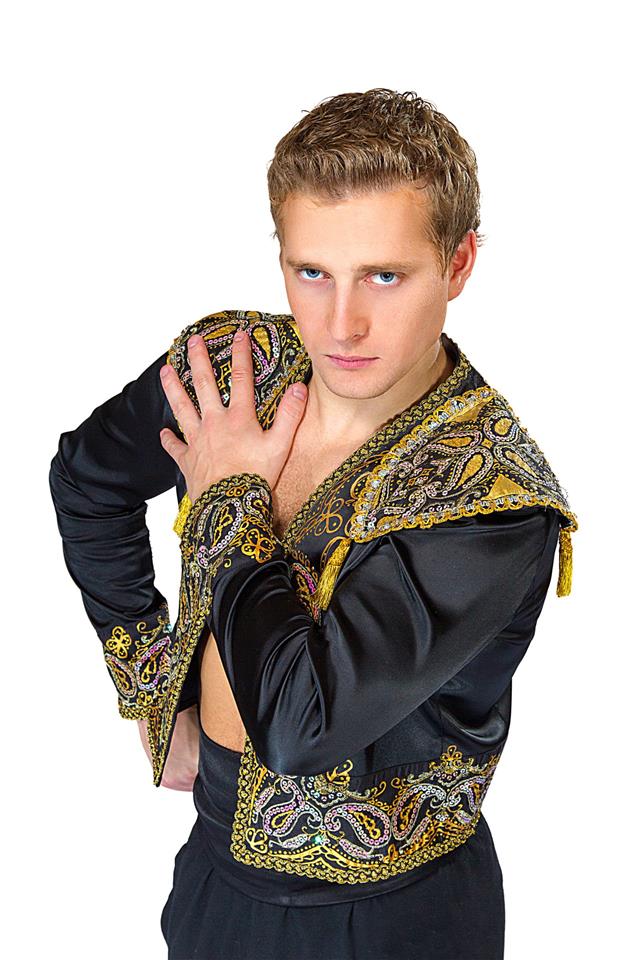 Spanish clothing made Spain a center for world fashion before France took over.

Spanish clothing has always been known for its decorative and flamboyant style. It was always elaborate, yet elegant. Cultures all over the world were influenced with dressing styles in Spain. Perhaps, the only culture that influenced attire in Spain, was Moorish. The Moors ruled parts of the Iberian Peninsula during that period, and their fascination for rich embroidery, jewels, and collars merged with the attire in Spain. Apart from this, it was said that dominance of the color black for special events was also a contribution of the Moors.

Everyday clothing for women included dresses made from wool, cotton, and leather. Loose, light skirts were worn in the summers made from cotton; a scarf or hat was used for protection from the sun. Men wore pants and shirts much like the rest of Western Europe. Like in most countries, clothing for children was no different from that of adults. In this Historyplex article, we’ll first take a look at some of the most famous clothing styles in Spain, and then understand common elements used in traditional Spanish clothing.

The peineta is a comb worn by Spanish women, it was traditionally made of tortoise shell. It can be divided into two parts; the upper part consists of a convex body, while the lower part has a set of teeth that affix the comb into the hair, which is usually made into a bun. It is mostly worn under the mantilla. Sometimes, it is also bejeweled. Today, this comb is usually made of plastic, and its usage is limited to special days and events.

This ornamental shawl/veil was commonly used over the peineta at the end of the 16th century. It is made in light lace or lace, and is worn over the shoulder. In 1870, after the abdication of Queen Isabella II (who had encouraged its use), the mantilla became unpopular. From then on, till today, the mantilla is used mostly for special occasions such as weddings, bullfights, and the Holy Week. Traditionally, the black mantilla is worn when a woman meets the Pope. Former First Lady Laura Bush had worn a black mantilla when she met Pope John Paul II. White mantillas are worn for weddings.

The Gilet is a sleeveless jacket worn by men and women. It resembled a vest, was embroidered, and hugged the body. It was usually made in rich fabric, but the ones made for everyday use, employed simpler fabrics. The length of the gilet ranged anywhere between waist-length to knee-length. The gilet is perhaps the only element that has almost become extinct. Today, Spaniards wear sleeveless jackets that are simpler and used only as a protection from the cold in winters. The richer fabrics, embroideries, and patterns are now lost.

The sombrero cordobés is another clothing element, actually a headgear, associated with traditional Spanish clothing. It is a hat made in Cordoba, and worn commonly in Andalusia. Basically, it is a wide-brimmed hat that covers the face and the neck from the sun. This might be why workers/laborers wore it everyday. Also, drawings from the 17th century show laborers wearing the sombrero cordobés. The height of the crown is approximately 4-5 inches, while the brim’s width is approximately 3-5 inches. It is mostly worn in colors such as black, pearl, and red. When the Beatles visited Spain, they wore these hats.

Other Elements of Spanish Clothing

The Cantabrian albarca were worn by peasants of Cantabria, a community in Northern Spain. The region was always humid, and rainfall was common. This demanded shoes such as the albarca, to protect the feet from rain and muck. They were first mentioned by King Philip IV, in a letter to the Pope, dated 1657.

The cachirulo is a traditional, colorful handkerchief that was commonly worn by the baturro (an Aragonese person). It was worn around the head, with a knot keeping it in place. It certainly had Moorish origins; the Moors wore it till the 17th century. It is popularized in relation to the Fiestas del Pilar festival now.

Barretina was a traditional bag-like hat worn by Christian men in certain areas of the Mediterranean. Though it’s very uncommon to find people wearing this hat now, it was worn by people in Catalonia and Ibiza till the 19th century; it became more synonymous with Catalan identity. Today, it is mostly used only in traditional dances.

The sombrero de catite or catite is an Andalusian hat. It is named after a conically-shaped sweet. It has a high conical crown, has a wide brim, and an edge at the bottom that forms a rectangular shape. Depending on the weather or the style, it is usually accompanied by a handkerchief inside it. It is usually made of a thin material.

The zamarra was worn by shepherds in colder regions of the country. It was owned by almost everyone in these regions; it was also said to be water resistant. Made from sheepskin, it was recommended as an ideal traveling jacket, specially in the Basque region.

Flamenco and the traje de flamenca

While the traje de flamenca was what the women wore, male Flamenco dancers wore tuxedo shirts and slacks. These were sometimes heavily embroidered, sometimes not.

Flamenco is a form of Spanish folk dance with accompanying Flamenco music. The traditional clothing styles Flamenco dancers adopted, are still intact today. The women wore full-length dresses with many frills and ruffles. These flamboyant dresses were called traje de flamenca. Supporting these dresses were high heels, a large shawl called manton (though not always worn), or a smaller shawl called mantoncillo, hairstyles that were synonymous with the traditional bun, hair combs, and a rose behind the ear. The dresses usually were of a dark color; red and black were most common. The polka-dotted pattern was again the most common, and was called traje de lunares.

The vaqueros is a horse-mounted livestock herder that was an omnipresent image in the landscapes of the Iberian Peninsula. The same tradition laid the foundation of the American cowboy. These herders wore a costume called traje corto. This outfit included a short jacket over a white shirt, high-waist pants, a colored waistband, and a wide-brimmed hat known as the sombrero de alanche. Even today, at a feria (a local festival celebrated in Spain and southern France comprising bull fights, running bulls on streets, and bodegas), you will see vaqueros with beautifully decorated horses.

Bullfighting is a traditional sport in Spain and southern France. Essentially a Spanish sport, it was, and is still, respected and honored. The highly-trained persons who fight the bulls are called matadors. Their costumes are today synonymous with traditional Spanish clothing. Even today, they’re just the same. The outfit is called traje de luces, literally meaning ‘suit of lights’. This name originated from the use of sequins and threads of gold and silver. Along with these elements, the dresses also included a lot of detailed embroidery. The Capote de paseo (a kind of cloak) is also worn over the suit, adorned by extremely rich embroidery.

The farthingale was a bell-shaped hoopskirt that women from rich families wore. The word farthingale is derived from the Spanish word verdugado, which means a type of wood, essentially the Giant cane. This skirt was worn under the actual dresses and rendered them a balloon-like look. Verdugados were mentioned for the first time in the 1470s. One could give the desired look to the skirt of a dress by wearing the farthingale below it. 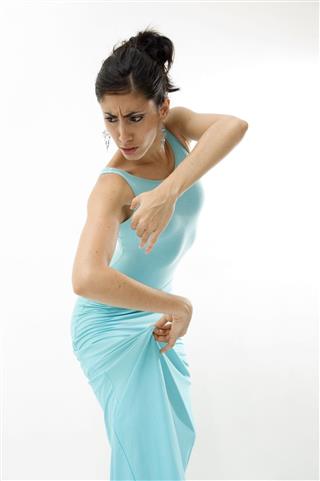 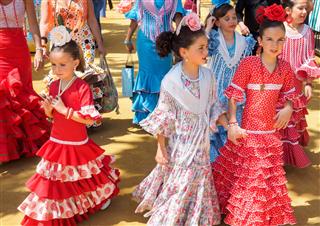