Even after completing more than five decades of her reign, Queen Elizabeth II still carries out all her duties in and on behalf of all the states of which she is sovereign. This post will give you a bird's-eye view of her major accomplishments. 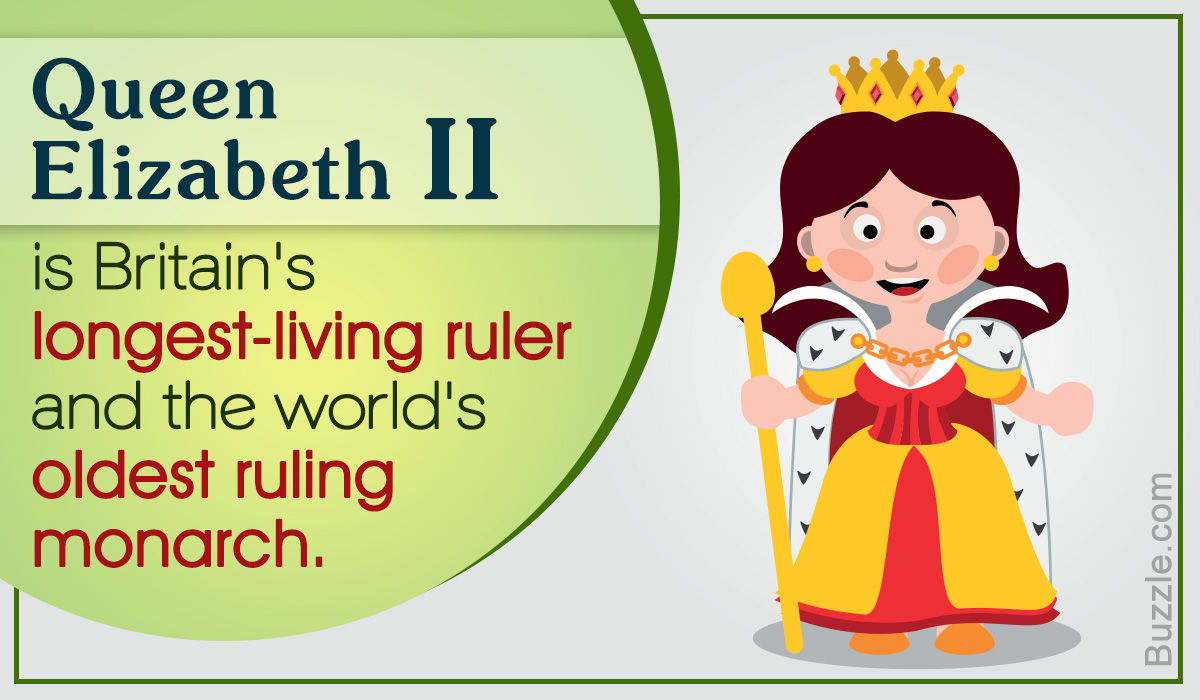 Even after completing more than five decades of her reign, Queen Elizabeth II still carries out all her duties in and on behalf of all the states of which she is sovereign. This post will give you a bird’s-eye view of her major accomplishments.

Princess Elizabeth Alexandra Mary is the queen of 16 independent states, which are known as the Commonwealth realms. She was born in London on 21st April 1926, declared as the queen at the age of 25, and has reigned for more than five decades of enormous social change and development. Queen Elizabeth II was the first child of the Duke and Duchess of York, who subsequently became King George VI and Queen Elizabeth.

By the age of 12, she distinguished herself as a gifted and eager horsewoman. At an early age of 14, with the breaking of World War II she made her first radio broadcast, reassuring the safety of orphaned children. Although she was born and brought up in a royal family, her parents were determined that Elizabeth should neither be shielded nor spoiled. On 20th November 1947, she got married to Philip, who was the Duke of Edinburgh and her third cousin through queen Victoria. It was the perfect blend of her sense of regal duty and a love of simple pleasures, which uniquely characterized the royalty and integrity of her reign.

“Sirs, I here present unto you
Queen ELIZABETH,
your undoubted Queen:
Wherefore all you who are come this day
to do your homage and service,
Are you willing to do the same?”

The public signified its willingness and joy by loud and repeated acclamations, with one voice crying out, “God Save the Queen”, and hence, she was formally accepted to rule the hearts of British people, for decades to come.

From all the daunting experiences she had during her reign, Queen Elizabeth II understood the tautology of Shakespeare’s observation, which states, “Uneasy lies the head that wears a crown”. The challenges she had to face as a ruler were painstaking, but were successfully overcome by her, and she ruled with supreme authority over her people. Some of her major accomplishments are as follows:

♕ After the end of the second world war, princess Elizabeth traveled extensively to attend public functions throughout the British Isles. These visits included attending the launch of a new aircraft carrier in Belfast, a tour of Ulster in March 1946, and attending the National Eisteddfod of Wales in August 1946.

♕ In 1957, the Queen on her official visit to the United States, became the first monarch to open the nation’s Parliament.

♕ Queen Elizabeth II has constantly been an integral part of the ongoing transformation of the old British empire into the new British Commonwealth, and its modern successor (the Commonwealth of Nations). She acts as the host to the Heads of States of the Commonwealth realms. She holds Investitures in Britain and other Commonwealth countries, at which she presents honors to people who have distinguished themselves in public life.

♕ When she was declared a queen, she succeeded her father as Colonel-in-Chief of all the Guards Regiments and the Corps of Royal Engineers, and as Captain-General of the Royal Regiment of Artillery.

♕ Throughout her reign, Elizabeth has also demonstrated support for inter-faith relations and has rendered respect for all the religions.

♕ Most important of all, she has achieved an excellent reputation as a good and wise ruler, and is truly loved and respected by her people.

♕ In common practice, Queen Elizabeth II is referred to as “The Queen or Her Majesty”, and in the year 2002, she celebrated 50 years of her reign.

♕ In 2012, the Queen celebrated her ‘diamond jubilee’ on completion of her 60 years of sovereignty.

♕ On September 9, 2015, she became the longest-ruling monarch of UK. At 17:30 BST, she had ruled for 23,226 days, 16 hours and about 30 minutes. With this, she surpassed the duration for which her great-great grandmother Queen Victoria reigned.

♕ After this accomplishment, she received several messages from her well-wishers around the world. British Prime Minister David Cameron said that the Queen’s service has been “truly humbling”. In his tribute to the Queen, he remarked that she had been a “rock of stability” and her rule had been the “golden thread running through three post-war generations”.

♕ On this special day in her life, the Queen accompanied by Prince Philip traveled from Edinburgh to Tweedbank and formally opened the new £294m Scottish Borders Railway. Scotland’s First Minister Nicola Sturgeon was also present for the event, where he spoke about the Queen’s dedication, wisdom and sense of public service. A procession of historic vessels, leisure cruisers and passenger boats along Thames and HMS Belfast, honored the Queen with a four-gun salute.

Despite the controversies and scandals surrounding her children and other members of the royal family, and the sad demise of princess Diana, she still remains the respected head of the state. She is Britain’s longest-living ruler and the world’s oldest ruling monarch.