6 Startling Advantages of Dictatorship That You Never Thought Of

The following article defines dictatorship as well as lists the chief advantages of this concept. Continue reading the following Historyplex article to know about this form of government. 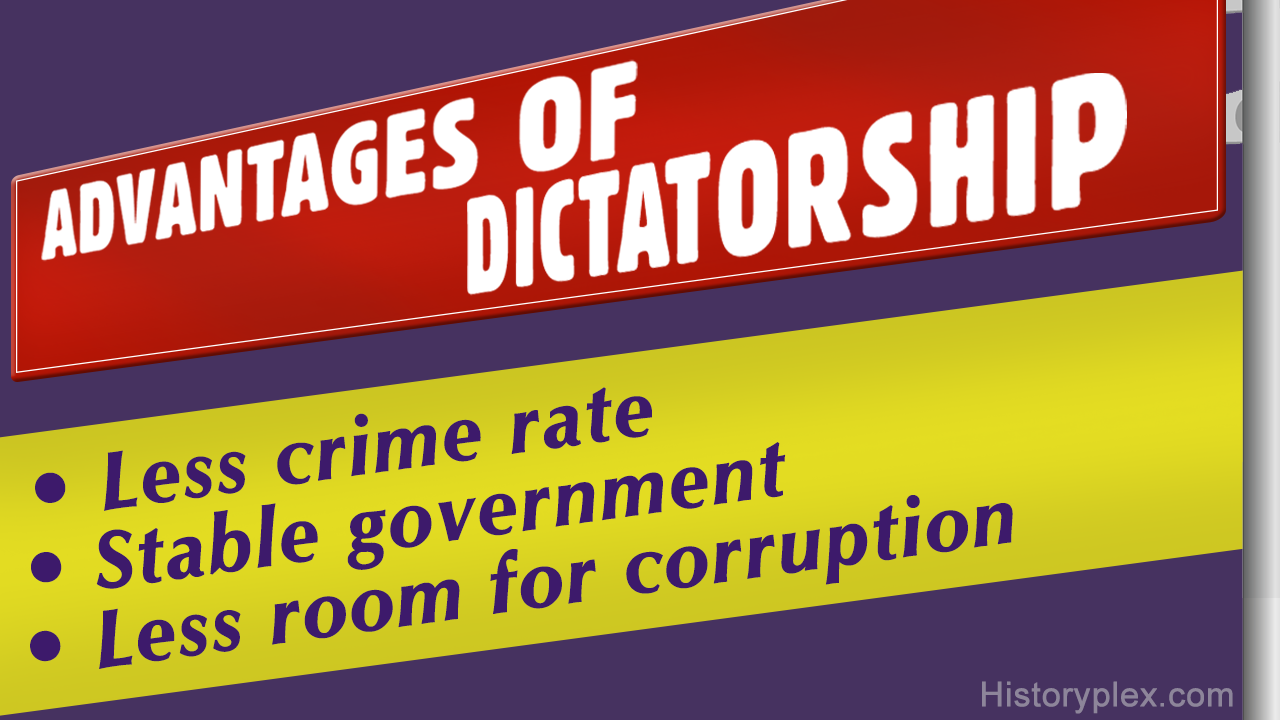 The following article defines dictatorship as well as lists the chief advantages of this concept. Continue reading the following Historyplex article to know about this form of government. 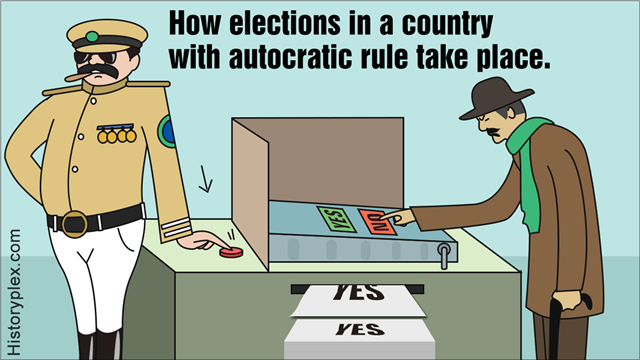 Whenever we come across the word Dictator, images of a ruthless leader who commits atrocities on people to get his own way come to mind. If we look at some of the famous dictators in the past, such as Adolf Hitler in Germany and Saddam Hussein in Iraq, they have reinforced this point of view of dictators being ruthless and doing anything to hold on to their power. However, there are certain dictators like Mustafa Kamal Pasha of Turkey, who have brought a lot of progress to their country. So it can be rightly said that just like all other types of governments, there are both dictatorship advantages and disadvantages.

In this following Historyplex article, however, we will highlight the pros of dictatorship, and go into details about this form of government.

Dictatorship can be defined as a form of government in which the power is centralized. It either lies with a single person or a small group of people. The general population has no say in the functioning of the government. The people do not have any choice with regards to by whom or how their country will be run. In a dictatorship form of government, the people are expected to do whatever is decided for them by their dictator.

China, Zimbabwe, Egypt, and Cuba, among many others, follow a dictatorship form of government. Let us try to understand the advantages of dictatorship.

In a dictatorship, since the decision-making lies with only one person and others do not have any say in the working of the government, it offers a kind of stability to the country. Problems such as frequent elections, as in the case of democracy, or a disruption of peace due to political factions, do not arise in a dictatorship.

A dictator is very stringent with regards to the rules, regulations, penalties, punishments, and rewards. This makes the people working under him less liable to corruption.

Most Efficient During Emergencies

When a country faces any kind of emergency, such as a war or a health epidemic, a dictatorship government can prove to be the most efficient one. The reason being that all the decisions are taken by one person, so there is no ambiguity with regards to the plan of action as well as individual responsibilities that are fixed to cope with the emergency. One of its main advantages over democracy thus is that it is better equipped to face emergencies.

They say there is a price to be paid for being successful, and in a dictatorial form of government, it becomes easier to pay that price. A dictatorial government does what it has to in order to lead to development, it does not worry about keeping its people happy, and it is usually the people who are driven to achieve this desired success. Thus, there is more development because there are no obstacles to slow down the process.

Most dictatorship governments are police states. In a way, therefore, there is low crime rate under such regimes. Another reason for a better law and order situation in these states is that various laws are passed immediately, without any discussion or waiting for public opinion on them. This leads to better control over crimes as well.

In a dictatorship form of government, all things, whether related to governance or businesses or anything else, happen much quicker than in other types of government. The reason for this is the same i.e. decision-making lies with a single person.

Even though a dictatorship form of government offers for many advantages, for these benefits to translate into real life, a dictator needs to be selfless, benevolent, well experienced, and intelligent. Because a dictator has unlimited power, and if he lacks the basic qualities mentioned above, the disadvantages of dictatorship, such as oppression of people, no freedom of choice for the people, accumulation of wealth in a few hands, loss of civil rights, flawed decision-making, etc. can lead the country towards downfall. Looking at the stakes associated with a dictatorship form of government, many countries under such a regime are considering becoming democracies, which is a form of government for the people, of the people and by the people. In Today’s times observing the progress democracies such as America and India are making, democracy is considered the best form of governance.