Agoge: The Rigorous Education and Training System of Spartans

The famous education and training system of the Spartans, the agoge, was a subject of controversy even back in the ancient world. Mystifying and rigorous, this system strove hard to produce citizens who were worthy of Spartan citizenship.

The famous education and training system of the Spartans, the agoge, was a subject of controversy even back in the ancient world. Mystifying and rigorous, this system strove hard to produce citizens who were worthy of Spartan citizenship. 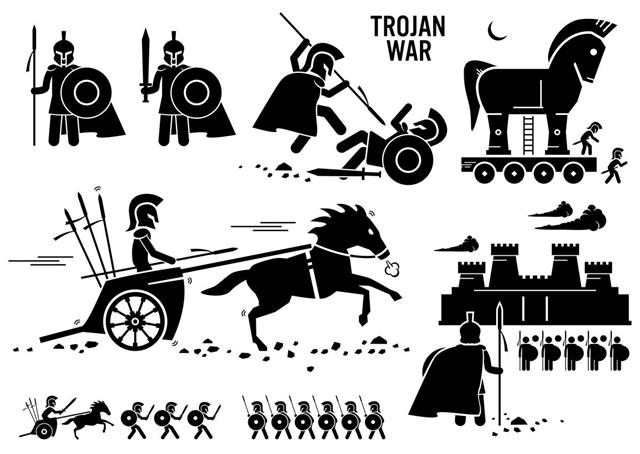 The word ‘agoge‘ actually means ‘rearing’ in Greek. In the context of the education system, it was taken to mean guidance or training.

In ancient times, it was very rare that public education was a responsibility taken by the State, and in Sparta, both boys and girls were imparted education, albeit in different manners. Not only was the agoge deemed extremely necessary, but the successful completion of the training regime was a prerequisite in order to receive Spartan citizenship.

The objective behind the intensive education and training regime was to produce strong, brave Spartans who would protect the city come what may. All the children of Spartans were expected to undergo the agoge, except the heirs of the royal houses. In fact, the agoge system was so renowned in the ancient world that the elite from other parts of Greece vied to send their sons to Sparta to undergo this training.

A popular legend tells us that the city of Sparta had no strong walls protecting it from outside interference, and when the king was asked why, he simply pointed to his soldiers and said that they were the walls of the city.

The following sections of this article will cover all about the structure and rules of the agoge.

The instilling of the agoge system began right with the birth of a Spartan child. The city only wanted the bravest and strongest men to live on in Sparta, and dispose those who weren’t worthy of the honor of being a Spartan.

Every child was first bathed in wine by his mother after birth, as it was believed that the wine made him strong. The infant was then taken to a group of city elders, the Gerousia, for a complete unbiased inspection. If the members of the Gerousia felt that the child was strong and healthy enough, he was permitted to be taken back home by his parents. If the child had any sort of deformity or was deemed to be weak, he was to be abandoned without further delay.

Abandoned babies then would either be rescued by strangers or would die alone. Another tale tells us that the ‘unworthy’ babies were thrown off a cliff. Again, some historians claim that the weak babies were given a chance to prove their worth; they were abandoned on a cliff for several days to check if they could survive the ordeal. Ultimately, only the strongest babies were allowed to live.

Even after passing the inspection, the babies still had to face the ‘tough love’ approach. Spartan mothers often bathed their children in wine instead of water, as per the belief that wine made them stronger. These children were taught never to fear anything, and were often ignored when they cried. The strict parental approach of the Spartans was renowned far and wide, and Spartan women were often asked to become caretakers or nannies of children of the elite outside Sparta.

The agoge system began at age 7, when Spartan boys had to leave their parents’ homes and enroll into the regime, thus coming directly under the control of the State. The education and training that would be provided to them would be paid for by the State. The enrollment was generally done in ‘packs’ or groups of boys, who were sent to live with an older man who was responsible for the early stages of their education.

At the communal barracks where the groups of children were housed, the boys were imparted education which ranged from academics and sports to training in hunting and warfare. The male students were treated like future soldiers, and their education was mainly military-oriented.

At age 12, the boys were entitled to not more than one piece of clothing a year, which was given to them by the State. This piece of clothing was a red cloak which had to be worn by them regardless of the season and the weather outside. The purpose of this harsh treatment was to toughen up the children so that they would become strong soldiers, who would be able to survive external elements of the toughest kind.

The children were taught how to endure hardship, pain, fatigue, hunger, as well as the bitter cold. Their athletic activities included gymnastics and different ancient sports, which they had to undertake barefoot. They were also given severely rationed food daily, so as to accustom them to hunger and thirst. The intention behind this was not cruel; it was only to prepare the future soldiers for campaigns where scarcity of food or water could otherwise prove detrimental. Additionally, they were fed less food, so as to produce soldiers who were lean and fit.

The agoge dictated that the boys slept on beds which they had to make themselves out of reeds and straws, which they had to pull out from the banks of the river Eurotas, without using a knife. They were also taught stealth, and were encouraged to steal. However, they were severely punished if they were caught in the act. This was to prepare them for conditions where it might be necessary for soldiers to steal food and other basic supplies from the enemy.

The main intention of the agoge regime was to discipline the students at a young age. They were taught how to read and write, war poems, history, singing, dancing, as well as the works of Homer. To bring out the tough side of the boys, the elders often instigated and encouraged fights between the students. Those who were considered to be weak or cowardly were ridiculed and teased by other pupils as well as the elders.

Some records tell us that annually, there were events that were held to test the endurance of the adolescent students. They were flogged mercilessly to check their endurance to pain as well as their bravery during which, many died. Those who survived were then honored with wreaths, which were essentially a sign of victory in ancient Greece.

Roughly around the age of 18, the boys were drafted as reserves in the Spartan Army. Some of them also were made spies in the Secret Police force, where they could spy on the enslaved Helots who made up a significant portion of the population of Sparta, and report or kill them as and when required.

At age 20, the male students, who were now considered adult men, became a part of the Spartan army. It was imperative for a Spartan man to be nothing other than a soldier until he died or reached the age of 60, when he could retire. The main phase of the agoge ended when a student attained the age of 20, and his official military training began.

Students had to be elected into a syssitia, which was a mess designed to be military-style to train them for the stress of war. The food given to soldiers at the mess was bland and limited, so as to ensure physical fitness. Those who were overweight were ridiculed and looked down upon, and even faced the risk of being banished from the city. Physical fitness was of great importance to the Spartans.

The election of a student into a syssitia depended upon the unanimous votes cast by other Spartans who were members of that mess. It was vital that every student be voted into a mess in order to get Spartan citizenship. For that purpose, rejected soldiers were given 10 years to ensure that they were elected. If, by the age of 30, a student hadn’t been elected into a syssitia, he would not be granted citizenship.

At age 30, every man who had successfully completed the rigorous education and training system was granted the citizenship of Sparta. He could now marry, vote, and also have the right to hold office if he wanted. Though some soldiers did get married before they completed 30 years of age, they were not allowed to live with their wives until all the training was officially complete.

Girls too, were entitled to public education sponsored by the State, though it was not as rigorous as the kind that was imparted to boys. Like boys were trained to become soldiers, girls were trained to give birth to future soldiers. They lived with their parents, but had to undergo training in dance, gymnastics, and different sports which the Spartans believed would make them physically strong, something that would ultimately help them be strong enough to give birth.

Girls were also taught music, poetry, and were given knowledge of war. They were also encouraged and expected to help the male students in their training by publicly ridiculing and humiliating them when they exercised, or during religious ceremonies and festivals. They would take the names of those who seemed physically unfit, and would thus shame them into getting better.

The education of girls ended when they turned 20, after which they were expected to marry and give birth to future warriors. Girls were encouraged to look for strong and brave partners who would help them give birth to future warriors who were equally strong and brave. Marriage was perceived to be the means of producing future soldiers that would protect Sparta from foreign invasion.

Sparta took great pride in her citizens, who had a do-or-die approach in everything they did. Though the agoge was a harsh and strict education and training system, it must be remembered that it was vital, keeping in mind the turbulent times where battles and military campaigns were a regular part of the daily lives of the Spartans.