Do you know the history behind the origin of the Alabama State Flag? This article gives you its meaning and provides you with the historical facts, along with the flag's printable coloring pages.

Do you know the history behind the origin of the Alabama State Flag? This article gives you its meaning and provides you with the historical facts, along with the flag’s printable coloring pages.

The saltire (St. Andrew’s Cross) is also the national flag of Scotland. Hence, this flag seems like a twin of the Alabama flag.

Alabama is a state in the United States, located in its southeastern region. It joined the union as the 22nd state, gaining statehood on the 14th of December, 1819. It is nicknamed as “Heart of Dixie” and the “Yellowhammer State” after the state bird.

Montgomery, the capital of Alabama, is the birthplace of the Confederate States of America, which is associated with the design of the Alabama state flag. The flag was adopted on February 16, 1865. It has an interesting meaning and history as well.

Alabama had left the Union in 1861, and used the Confederate flag, but when the state joined the Union in 1895 again, it needed to adopt a new flag for a new start. Even though it is simple, the Alabama state flag represents the freedom of the state. 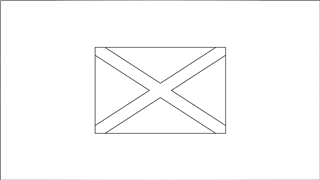 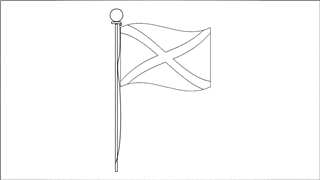