Ninja Vs. Samurai: Differences and Similarities

For a long time fans have been demanding a Ninja Vs. Samurai showdown. This Historyplex article will address that need by comparing these two legendary Japanese warriors.

For a long time fans have been demanding a Ninja Vs. Samurai showdown. This Historyplex article will address that need by comparing these two legendary Japanese warriors. 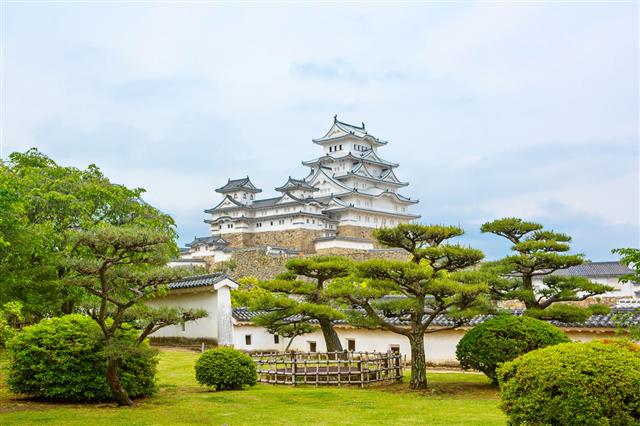 Even though samurai and ninjas seem to be as different as light and darkness, both these deadly warrior clans are believed to have their origins in the story of Prince Yamato of Japan, who killed two enemies while disguised as a female. Both attribute their warrior ways to Prince Yamato’s actions. 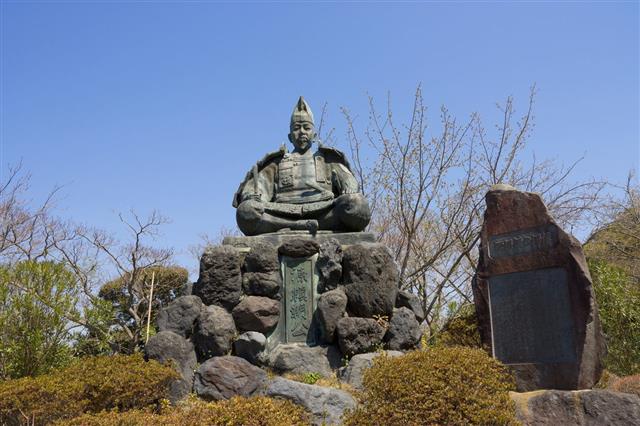 ‘Konichiwa!!!’ to all our fine readers. It’s time to take a journey to the land of the rising sun, for one of the most anticipated battles is about to take place: ninja vs. samurai! The kettle had been put on heat a long time ago when Nobuhiro Watsuki’s Rurouni Kenshin introduced the anime community to Kenshin Himura, the noble and lovable wandering samurai. Then, a few years later, Masashi Kishimoto’s Naruto took the anime world by storm, when it brought to life Naruto’s ninja way, finally bringing the kettle to a boil! So here we are today, trying to peer into the morning mists rolling across the mountains and valleys of ancient Japan, with but one question in our minds; who is the deadliest warrior? But before we can venture to answer that question, we must first acquaint ourselves with both the warrior clans in question. So let us begin by familiarizing ourselves with the unique ways of our warriors.

The samurai were considered to be the greatest warriors in medieval Japan. They were the elite class of the Japanese military, revered nationwide. They were the highest ranking social class who revolved in the upper-class circles. The samurai were very proud of their heritage, and would announce their clan’s name and their lineage before challenging an opponent to battle. They followed a strict set of rules, and were well-trained in the art of battle.

The ninjas were outlaws and mercenaries who were shunned and feared by the masses. It is speculated that the ninja and the ‘Shinobi’ way came into being in order to fulfill the need of political rivals who wanted to get their ‘dirty work’ done, which the samurai under Bushido would not do. The ninjas hid their identities and dwelt in the shadows, doing things such as spying, assassinations, poisonings, etc., for a price, all of which were considered unethical and even shameful by the samurai.

The samurai were warriors and would dress like one. Though more colorful and brighter than the ninjas, the attire of the samurai still had a somber undertone to it. It comprised the traditional ‘Kimono’, but the samurai version of it was made of silk, rather than of cotton, to symbolize their higher social status. Usually, very bright and flamboyant colors were avoided, but that used to change during wars, when the samurai would drape himself in the colors of his clan. For battles, the samurai would don a specially designed armor over his kimono. The armor was made to be very flexible and lightweight so as to impart maximum agility.

The ninjas were considered to be warriors of the dark, and their attire reflected that. A master of stealth and guerrilla tactics, the ninja adopted an attire which aided him in such endeavors. He would wear a full-body black-colored uniform which completely disguised him, leaving only his eyes visible. This attire, apart from making him look like a demon from hell, also aided in camouflaging him in the dark. The ninjas rarely wore any armor, and even when they did, it was always very light and spare.

The samurai were proud warriors who were confident of their skills. Their war strategy was to attack the enemy head-on. As such, their armory comprised big and deadly weapons, all intended to strike fear in the hearts of their enemies. The following is a list of 3 of the most famous and also the most terrifying samurai weapons.

Probably the most famous, the Katana was a single-edged long blade that was the primary weapon of a samurai. It was made of high carbon steel, making it light in weight and extremely sharp. It was rumored that the Katana was capable of slicing a man in half in a single strike, even through his armor!

Who says that only ninjas could be stealthy? The Tessen or the Japanese war fan was a cleverly designed weapon, that resembled a harmless paper fan, but with its embedded metal spikes and with a little training in ‘Tessenjutsu’, it could very easily be turned into a deadly weapon. The samurai carried the Tessen to places where swords were forbidden. Lucky for them, there were no metal detectors in those times!

The Kama was actually a farming tool used in Japan. As a weapon, it was used in pairs, and with proper training, could be used both, in offensive as well as defensive combat.

Unlike the samurai, the ninjas didn’t care much for honor and pride. Their war (or should I say assassination?) strategy was pretty straightforward; attack your target unawares and get the job done as quickly and cleanly as possible. To that effect, they used weapons that were generally small and easy to conceal, and which could finish off their target in a single strike. The following is a list of 3 of the most popular weapons that a ninja kept in his arsenal.

A small battle knife, the Kunai was a multi-utility weapon. While it could be used to peel oranges, it was also made sharp enough to pierce the armor and kill off the ninja’s enemies.

The Shuriken or the Ninja-Star, is definitely the most iconic of all the ninja’s weapons. A small star-shaped blade, it was a medium-range weapon which the ninja would throw at his enemies. Though small in size, it was made sharp enough to pierce through the enemy’s skull, immediately killing him if needed.

Also known as the ‘Ninja-To’, the Ninjaken or the ninja sword was the counterpart of the ‘Katana’. Though more than 2 inches shorter and of a much poorer quality and make than the Katana, the Ninjaken still proved to be deadly in the hands of a trained ninja, who instead of relying on the poor sharpness of its edge, trained himself to use it in a stabbing motion.

The samurai were all required to learn the art of sword-fighting, which formed the most basic of their skills. The more experienced warriors also trained themselves in other forms of martial arts, such as archery and the use of other weapons as well . The higher class of the samurai would also train themselves in ‘Daito-ryu Aiki-jujutsu’, which was considered the best form of hand-to-hand (no weapon) combat technique in those times.

Ninjas developed a completely new form of martial arts in order to supplement espionage. Ninjutsu, as it would be called, was a systematic form of martial art which focused on speed and agility, and trained the ninja to be able to handle all his difficult and dangerous assignments. Due to the secretive nature of the ninjas, very little is known about this art, and very few people practice it. In the movie Batman Begins, Liam Neeson’s character Ra’s al Ghul, while training Bruce Wayne in the art of ninjutsu, famously says, “You know how to fight six men, we can teach you how to engage six hundred. You know how to disappear, we can teach you to become truly invisible.”

The samurai had a strict code; the ‘Bushido’ or the samurai way. In the publication Bushido: The Soul of Japan, author Nitobe Inazo has described Bushido as the code of ethical and moral principles that every samurai was required to observe. This code was largely unuttered and unwritten. It was the result of years of military training and discipline. Bushido was what defined a samurai, and those who failed to comply with its rules were severely punished. Among the moral codes of Bushido were honor, courage, loyalty, self-control, etc.

The ninjas, on the other hand, had no code of conduct. They were mercenaries for whom honor meant as little as the lives of their victims. That said, they still were one of the best warrior breeds in human history. They were patient, hardworking, inventive, disciplined, and intelligent. Therefore, even though they lacked some of the finer qualities of the samurai, they were still able to carve their name in history. 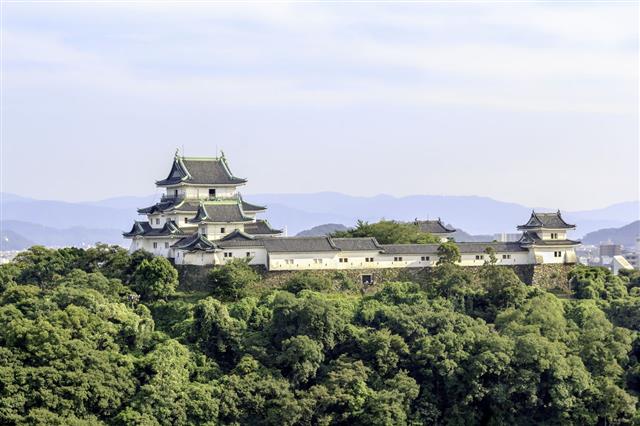 The samurai made up the top brass of the Japanese military. As such, their loyalties were towards their feudal lords. Bushido advocated that the samurai die for his cause, and Japanese history is full of stories and legends of brave samurai laying down their lives for honor, which they felt came from serving their lords and ladies.

The ninja was only loyal to his clan, and clan loyalties changed when money exchanged hands. Though such a loyalty would seem superficial, clan histories are rich with legends of ninjas braving death for the interests of fellow clan members.

So now that our warriors seem a little more familiar, we can get back to our original question; in a one-on-one contest between a ninja and a samurai, who would win?

Well, frankly, there is no easy answer to that question. Over the years, ninjas and samurai have fascinated both the young and old alike. Several movies and games have been made pitting one against the other, with variable results. Deadliest Warrior, a notable television program, wherein a team of history experts armed with the tools of science and technology have tried to recreate some epic battles, had a couple of really informative episodes involving both our warriors in question. Interestingly enough though, they shied away from pitting the ninja against the samurai. In separate episodes, both the samurai and the ninja lost to the Spartan warrior, making the results inconclusive.

So, until someone takes on the challenge of pitting the ninja and the samurai against each other (Deadliest Warrior team… are you listening?), we will have to satisfy our curiosities with the knowledge that both the ninja and the samurai were exceptional warriors, who differed in their ideologies, lifestyles, and fighting techniques, but were nonetheless equally diligent, determined, and methodical in the ways that they used to achieve their goals. 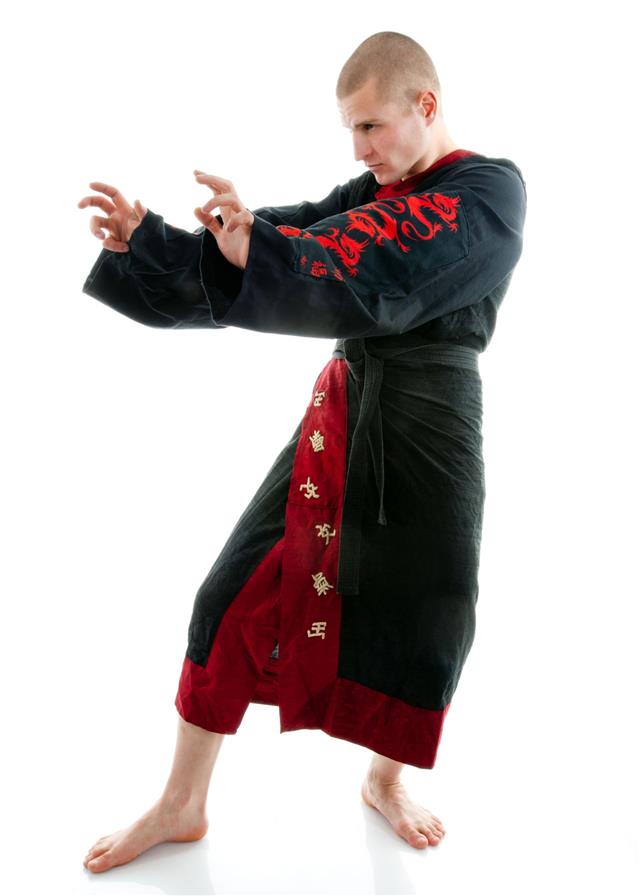 What is Historical Revisionism and How Does it Influence History?
List of Famous Seconds in History
Take a Look at the 20 Most Famous Child Prodigies in History

26 Famous People Who Surprisingly Turned Down a Knighthood