Alexander the Great: A Timeline That Changed the Course of History

Alexander the Great was one of the most successful rulers in Greek history. Learn more about this much-revered historical figure.

Home / Uncategorized / Alexander the Great: A Timeline That Changed the Course of History 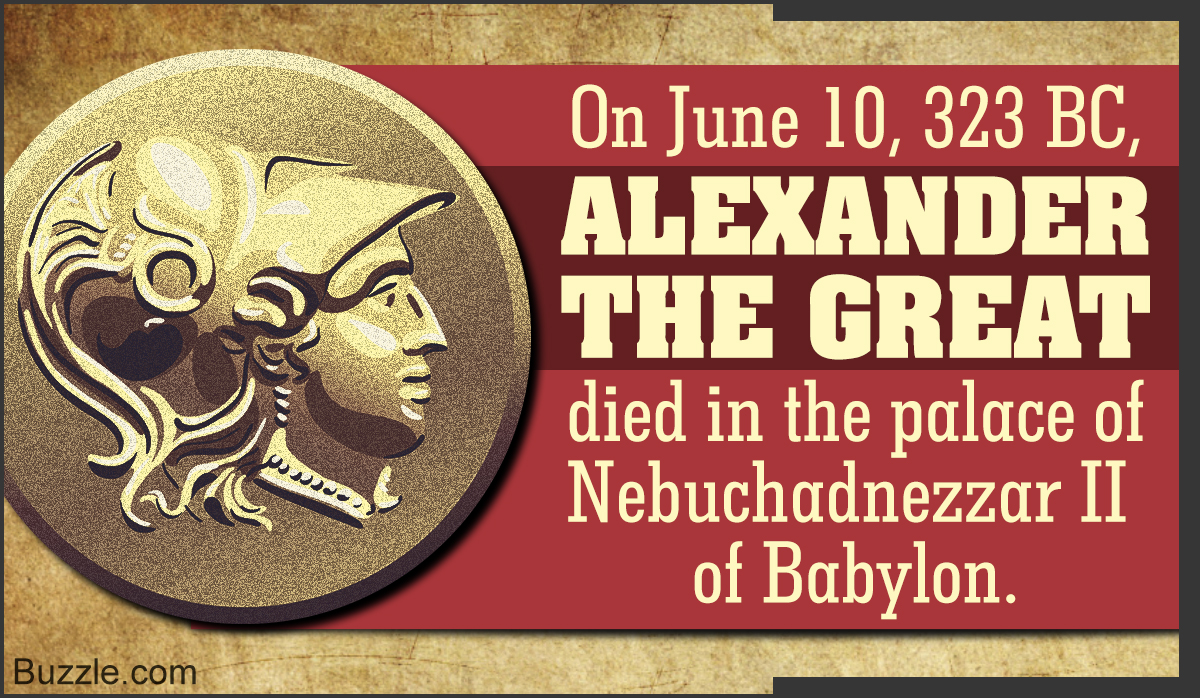 Alexander the Great was one of the most successful rulers in Greek history. Learn more about this much-revered historical figure.

Alexander was a truly remarkable leader with a rare combination of bravery, intellect, imagination and compassion. Here is a brief timeline that traces his life.

Alexander was born in Pella, the capital of ancient Macedonia. His father was King Philip II, who himself was known to be one of the best military commanders of the time. He studied for three years under Aristotle. He was also given the finest education in warfare and politics. It is believed that during the early ages, he considered Achilles as his role model. Records from famous historians say that Aristotle had personally annotated a copy of Homer’s Iliad for Alexander, which he kept with him throughout all his journeys. At the age of 16, he was made Regent of Macedonia while Philip II was fighting the Persians. During this period, he successfully handled an uprising in Thrace, demonstrating the administrative capabilities that later made him one of the greatest rulers ever seen. Alexander’s greatest emotional attachment was to his companion and childhood friend, Hephaestion. True to his admiration for Achilles, Alexander considered his friendship with Hephaestion like Achilles’ friendship with Patroclus. Hephaestion, as his personal bodyguard, later became the commander of Companion cavalry in Alexander’s army. When Alexander was 10, he tamed a horse that refused to be mounted by anyone else. King Philip II, impressed by his son’s bravery and capability, bought the horse as a gift for the young prince. He named the horse Bucephalus and made him his trusted steed during his campaigns.

338 BC: Battle of Chaeronea

At the age of eighteen, Alexander fought alongside his father at the battle of Chaeronea in which Philip II defeated the Athenians and Thebans. He capably controlled the left flank of the Macedonian army.

Alexander the great was twenty when his father was assassinated by one of his bodyguards. Legend has it that the assassination was planned by Olympia, Alexander’s mother and Philip’s wife, in an attempt to make Alexander the king.

334 BC: Battle of the Granicus River

The battle was fought between Alexander and Darius III of Persia. The battle of Granicus was the first of three major victories over the Persian Army, the third of which culminated in Darius’ assassination and the end of the Persian Empire.

333 BC: Battle of Issus against Darius

In the battle of Issus, around 30,000 Greeks faced 100,000 Persians across the river Pinarus, near the town of Issus. In this battle, Parmenion led the Greek left while Alexander led the right, which held the Macedonian cavalry. This battle once again proved Alexander’s tactical brilliance.

The city of Tyre was renowned to be almost impregnable owing to its location, with mammoth surrounding walls, a fortified harbor and water all around. The citizens of Tyre fought desperately till the end and after a seven-month siege, Alexander the Great conquered Tyre.

331 BC: Foundation of Alexandria

Alexander founded over 20 cities by the name of Alexandria. Most of them were east of the Persian empire, but the first was founded in Egypt. The various Alexandrias were situated on important trade routes, or crucial defensive locations. Several years after his death, many Alexandrias were flourishing, housing Greek as well as native population. Several, including the first, Egyptian Alexandria, Iskandariya in Iraq, Kandahar (shortened from Iskandahar) in Afghanistan are still major cities.

331 BC: Battle of Gaugamela

The battle of Gaugamela, fought between Alexander and Darius III, was also a remarkable one. Gaugamela was located in northern Iraq, near present-day Arbil. On the open plains, Darius deployed the full force of his 100,000 soldiers. With an army of just 47,000, he attacked the center of the Persian formation. Relying on cavalry to protect his flanks, Alexander attacked Darius’ position and won the battle of Gaugamela.

Before the battle, Darius offered Alexander half of his empire in return for his promise that he would no longer attack the Persian empire. Parmenion, one of Alexander’s generals, thought it best to accept this generous offer, and told his commander that if he, Parmenion, were Alexander, he would take up Darius’ offer. Alexander dismissed the offer without deliberation and retorted that he would, indeed, take up Darius’ offer if he was Parmenion.

Alexander married Roxana, who was the daughter of a Bactrian named Oxyartes of Balkh in Bactria. Roxana was 16 at the time of the marriage, and accompanied him on his Indian campaign.

326 BC: Battle of the Hydaspes River

Alexander crossed the Indus river and fought an epic battle against the local ruler, Porus, who ruled the region of Punjab. This battle is known as the Battle of Hydaspes. It is believed that after the battle, Alexander was greatly impressed by Porus and therefore made an alliance with him, letting him continue his reign over the northwest regions of India (Then called Bharat). Alexander lost his horse, Bucephalus, in this battle and hence named one of the two new cities that he founded as Bucephala, in honor of his beloved horse. Alexander did not cross the Hyphasis river (modern-day Beas), since his soldiers were fatigued and homesick. Thus, the Hyphasis marks the eastern extent of his campaigns.

On his way back to Macedon, Alexander executed several non-compliant military generals and satraps to set an example. At Susa, he took Stateira II, the daughter of King Darius, as another wife. Alexander also paid off the debts of his soldiers, and announced that he would send the aged and disabled veterans back to Macedonia. However, this move was misinterpreted by his troops, who mutinied in the town of Opis, refusing to be sent back. Alexander also came under criticism for his adoption of Persian customs and introduction of Persian officers and soldiers into Macedonian units.

On 10 June 323 BC, Alexander the Great died in the palace of Nebuchadnezzar II of Babylon, one month short of turning 33. The reason for his death is still unknown and varying theories have been proposed for the same. The popular ones include poisoning by the sons of Antipater, a Macedonian general, a sickness following his excessive alcohol consumption or a relapse of the malaria he had contracted in 336 BC. It is believed that when Alexander was on his deathbed, his marshals asked him to whom he bequeathed his kingdom, to which he replied “Toi kratistoi”, which means ‘To the strongest’. However, according to Plutarch, his historian, the king was speechless by this point and couldn’t have spoken the words. Alexander died without an heir; his son was born after his death. Hence, his half-brother, Philip Arrhidaeus inherited the empire.

It is never possible to fathom the entire life of a historical figure within limited times and resources. There exists extensive historical documentation by notable historians that would shed more light on the life of the legendary commander and allow in-depth exploration, should anyone want to dig deeper into the Great’s life.