Ancient Egyptian clothing is quite different from the ancient Mediterranean type. The Egyptians usually wore tunics that were sewn to fit them. Mostly, white-colored linen was used for making clothes. The heads were left bare. Most of the time, feet were also left bare, but leather sandals were worn occasionally. Working men wore short skirts rather than tunics.

Ancient Egyptian clothing is quite different from the ancient Mediterranean type. The Egyptians usually wore tunics that were sewn to fit them. Mostly, white-colored linen was used for making clothes. The heads were left bare. Most of the time, feet were also left bare, but leather sandals were worn occasionally. Working men wore short skirts rather than tunics. 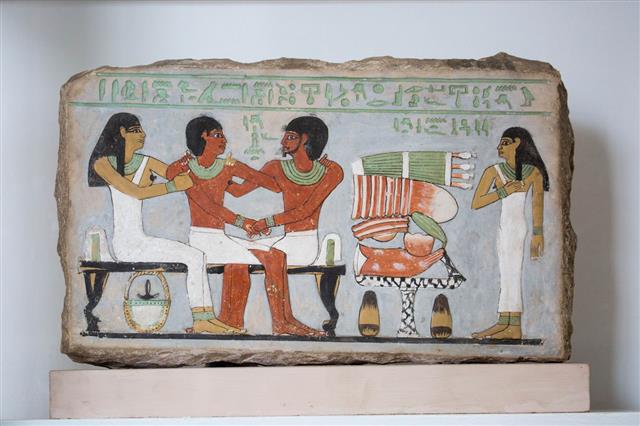 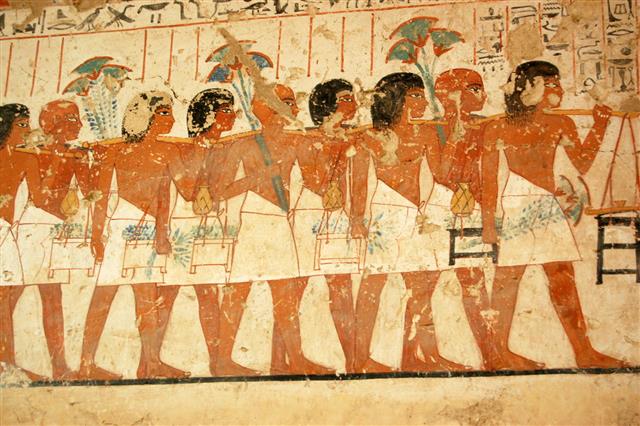 In Ancient Egypt, the clothing style varied, depending on one’s status. The most basic garment for working men in the Old Kingdom was a rectangular piece of linen that was 0.5 to 1 meter long and nearly 60 centimeters wide. It was referred to as the loincloth. Basically, a flap of cloth covered the private parts, whereas a linen belt was wrapped around the waist. Sometimes, the flap of cloth was longer in length, and was pulled through the legs and tucked into the back of the belt.

For occasions, men and women wore blue and green eyeshadow and black kohl eyeliner. Men kept their hair short. Women grew their hair. Individuals of either sexes used gold jewelry, depending on their status.

The nobles used to wear a half-pleated kilt that was rotated in an anti-clockwise direction around the body. The pleated part was protected from soiling or wrinkling by using a tab behind the belt. The leopard skin was associated with a particular type of priests generally called the Sem priests. This was worn on the normal dress, and held in place by a strap or cord. This was shortened by a type of slipknot on the shoulder. Nobles used long garments having pleated sleeves which were flared at the elbow. Sometimes, they could be seen in short kilts under long transparent ones.

Clothing at Different Levels of Society

➠ Cloth was wrapped around the waist.

➠ The head garments were large.

➠ Leopard robes were used while praying to their God, Amun.

➠ Leather sandals or wool clothing were not permitted as they were considered to be unclean.

➠ The priests washed their bodies several times in a day, so that they could keep themselves free from body hair and purify their bodies for Amun.

➠ A wig was not worn like other people in the society.

➠ Many slaves were totally nude while working.

➠ The clothes were less transparent than the rich people.

➠ Before dressing, women bathed and rubbed a scented oil on the body to have a pleasant odor.

➠ A piece of cloth was worn above the head.

➠ The hair was held upwards with pins or a metal band around the head.

➠ Ankle-length dresses were tied around the neck or behind the shoulders.

Flax and linen were used for making clothes. Flax fibers are very strong. Their strength increases when they are wet, as their high pectin content acts like a glue. These dry quickly, and resist decay better than other natural fibers. Linen comprises yellowish or grayish fibers, with a 60 to 80 cm long strip consisting of 20 to 40 single fibers. 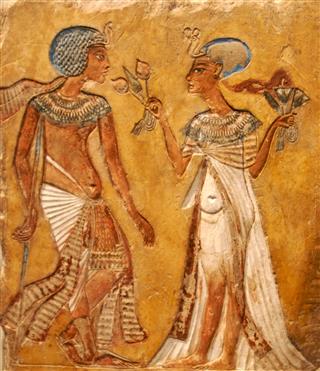 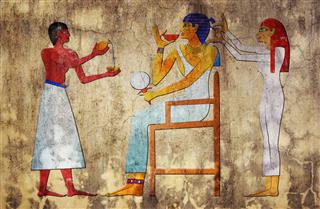 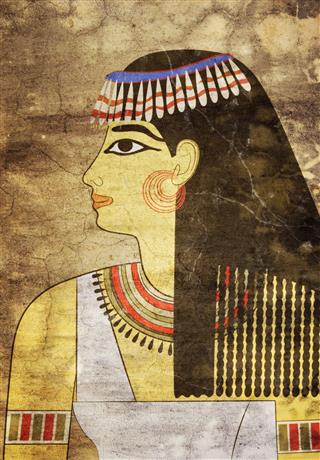 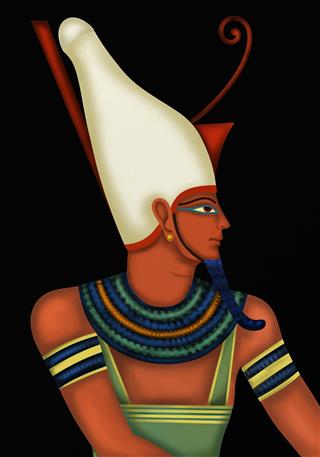 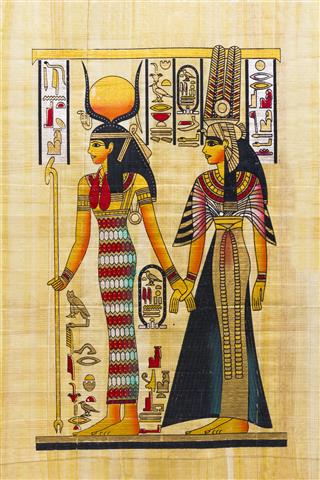