Learn About the Really Notable Features of Aztec Pyramids

There were many interesting features about Aztec pyramids with regards to the kind of symbolism either in terms or color of forms. Here is a look at some details about the Aztec pyramids. 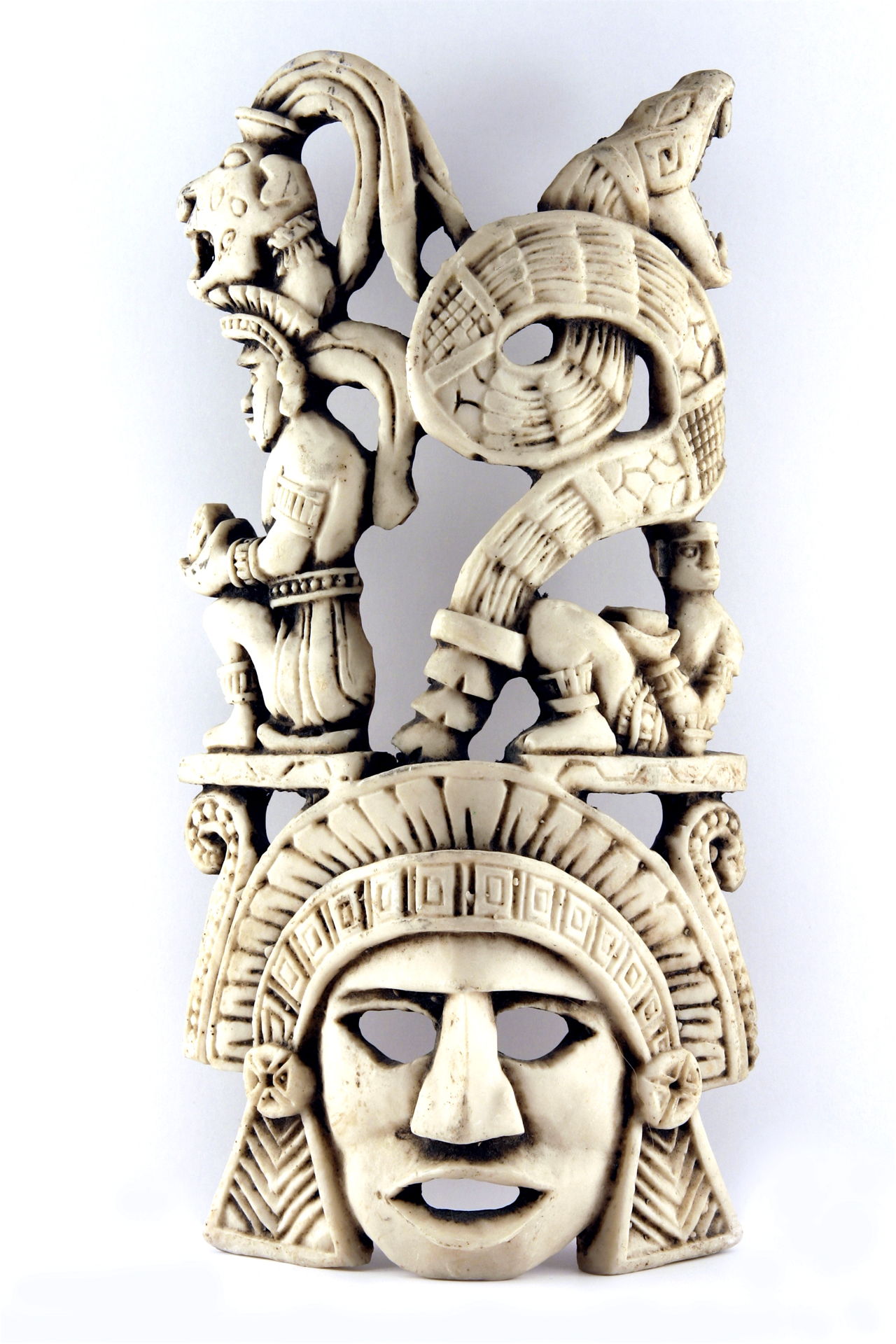 There were many interesting features about Aztec pyramids with regards to the kind of symbolism either in terms or color of forms. Here is a look at some details about the Aztec pyramids. 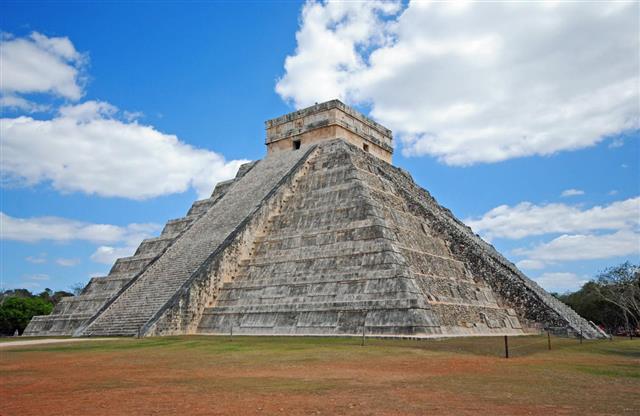 The Aztecs were rather religious in nature. This term is used in reference to the ethnic groups of people that lived in the central parts of Mexico. These groups of people were particularly dominant during the 14th, 15th, and the 16th century. Perhaps, it is their extremely religious behavior, which is why we see the presence of Aztec pyramids, which are dominant structures that reflect the kind of beliefs this group had back then. These pyramids, thus, had many other significant roles to play in the lives of the Aztecs.

The one noticeable feature about the Aztec pyramids was the step pattern incorporated in the design. These pyramids were mainly built for religious purposes. As mentioned before, the Aztecs were a religious group of people. These pyramids were therefore used to worship their Gods as well as to offer a sacrifice. The temple area on the top of the pyramid often had flat spaces, which played the role of a sacrificial block.

These pyramids were often symmetrical in their appearance. The structure rose from the center and pointed towards the sky, which holds true for all pyramids. The sides had steep steps and there was always the presence of a temple on the top. Such step pyramids were also built by other cultures although their styles may have varied. Archaeologists have unearthed that these temples were also a place where elaborate rituals were performed based on certain myths. Their superstitious beliefs can be seen in many features associated in the design of the Aztec pyramids. Discoveries have revealed that these pyramids also have specifically designed serpent heads that were placed towards the bottom of the stairs. This symbolized the Snake Mountain – Coatepec (the birth place of the main God of the Aztecs). The reason for this was only to keep evil spirits away. These carved serpent heads were always made of stone. The Aztecs also used bas-relief as a way to represent their Gods.

These Aztec pyramid temples also symbolized mountains. Mountains for this community represented the heart of the city – a major source of water and fertility. For the Aztecs, symbolism was incorporated into every form used to decorate these pyramids. One can see the presence of sculpted stone blocks and even skulls that were used on the edges of the balustrades. The stones used for the pyramid were often carved in geometrical shapes.

The Templo Mayor is a fine example that best represents Aztec pyramids. This temple was the main temple of the Tenochtitlan. Also known as the Great Pyramid, it rose to a majestic height of about 60 m. Unfortunately, Hernán Cortés destroyed it in 1521. Findings by archeologists have revealed that the temple atop this pyramid was in honor of Huitzilopochtli (God of War and Sun). This temple was unearthed during the years 1978 – 1987.

These were some of the many interesting details associated with the Aztec pyramids. These magnificent structures stand testimony to the architectural wonders of that era! 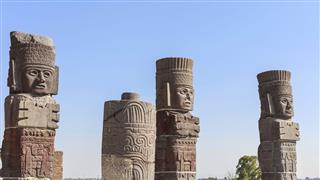 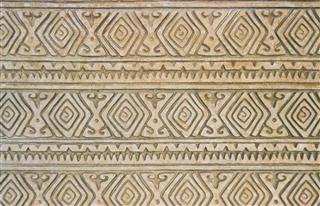 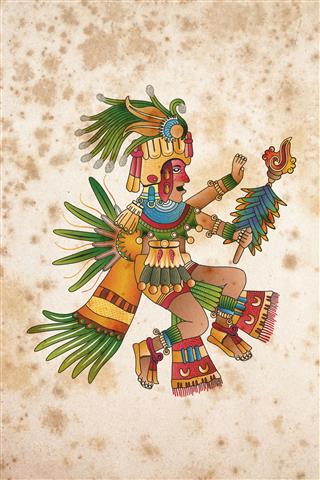 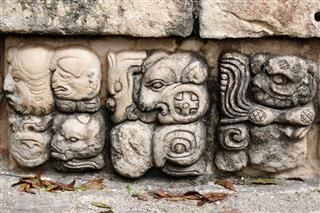 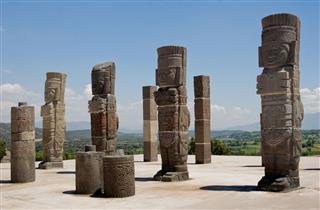 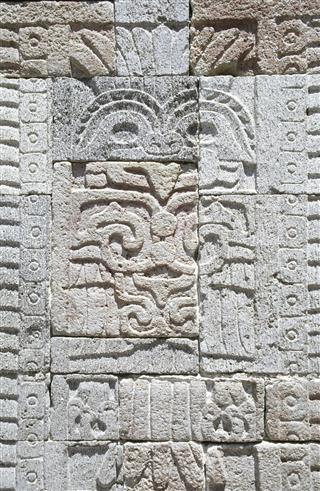 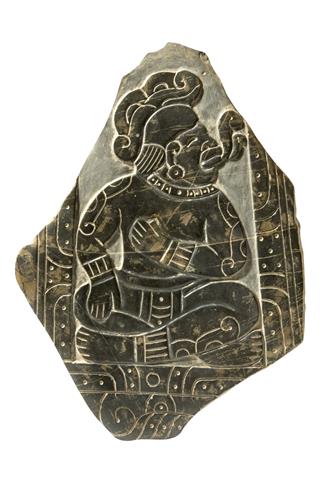 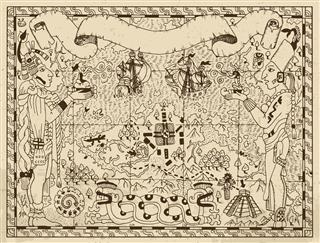 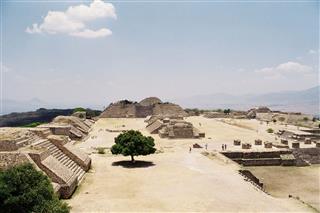