Engrossing Facts About the Iconic Battles of Lexington and Concord

The battles of Lexington and Concord were the first open battle of the American Revolutionary War. Read on to find out more about this iconic battle. 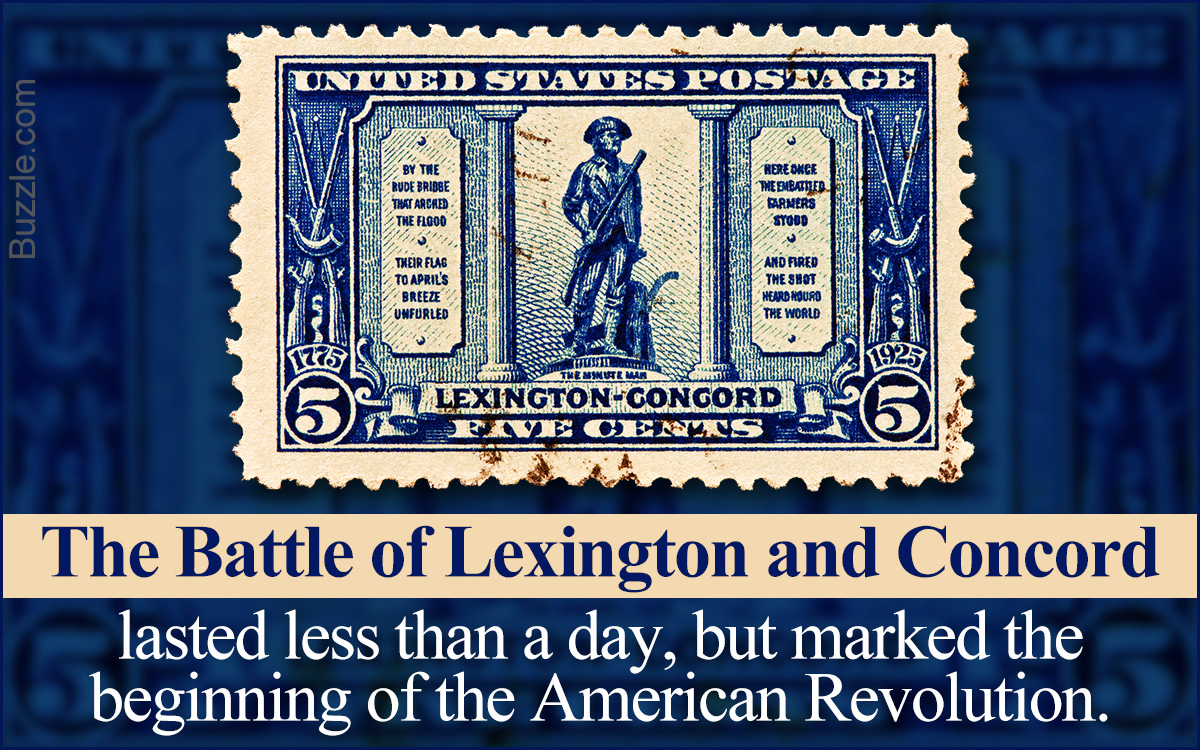 The battles of Lexington and Concord were the first open battle of the American Revolutionary War. Read on to find out more about this iconic battle.

Opposition against the British Empire had been increasing in the thirteen American colonies since the 1760s, with the controversial Stamp Act of 1765 largely denounced as unconstitutional by American patriots, including the likes of George Washington. The widespread unrest led to the 1773 ‘Boston Tea Party’, which was a major protest against the taxation policies of Great Britain. Britain, as a result, imposed what came to be known as the ‘Intolerable Acts’ upon Boston. Among these was the Massachusetts Government Act, which shifted the control of Massachusetts under the British Parliament. Thomas Gage was appointed Governor. The Intolerable Acts soured the relations between the British Parliament and the American colonies and can be termed to be long-term causes for the battles of Lexington and Concord, and thus the American War of Revolution itself.

Another noteworthy incident in the buildup to the battle at Lexington was the removal of gunpowder from storages under orders from Thomas Gage in 1774. This sparked widespread rumors (which later turned out to be false) that some of the locals were already dead and that the British were planning further military engagements. As far as Connecticut, patriots organized militia for the anticipated war. Although the rumors turned out to be false, Gage got an idea of the potential of the local militia organizations.

The Battle of Lexington

Paul Revere’s ‘Midnight Ride’
In April 1775, Thomas Gage received information that militia in the town of Concord had accumulated arms. He gave secret instructions to 700 ‘regulars’ (British soldiers), under the command of Lieutenant Colonel Francis Smith, to confiscate the ammunition. They would also be looking for rebel leaders Samuel Adams and John Hancock. Gage was relying on the secrecy of his instructions to carry out the plan without any hindrance, but a well-organized intelligence system, which supposedly involved Gage’s own wife, kept the militia abreast of the developments. The militia in Concord had started to relocate the gathered ammunition to a more secure location even before the British troops had set off. Paul Revere, a local silversmith and patriot, arranged for the militia in Charlestown to know, through the now-famous ‘one if by land, two if by sea’ code (referring to the number of lanterns to be lit in a church steeple in the respective case), whether the British were coming by sea or by land. He and William Dawes rode through the night to Concord, alerting colonists in every town they passed through. Dodging British patrols along the way, they safely made it to Lexington, where Samuel Adams and John Hancock were staying. After consideration, they concluded that the size of the force dispatched by Gage was utterly disproportionate to the task of arresting Adams and Hancock, and that their true destination was the ammunition store in Concord. Adams and Hancock fled to Billerica via modern-day Burlington. Revere and Dawes, accompanied by Samuel Prescott, rode on towards Concord. Unfortunately, they were intercepted by a British roadblock en route. Prescott managed to escape and ride on to Concord, from where he dispatched riders to surrounding villages, but Revere and Dawes were caught.

The “Shot Heard Around the World”
As Lieutenant Smith realized that they had lost the element of surprise, he sent Major Pitcairn to quick march 6 companies to Concord. As the advance guard entered Lexington, they were confronted by c. 80 militiamen, led by the French and Indian war veteran Captain John Parker. Pitcairn ordered the militia to lay down their weapons and Captain Parker, not wanting to hurt his men unnecessarily (he knew that the Concord ammunition had been moved and that his force was clearly outnumbered by the Redcoats), ordered his men to disperse. However, Captain Parker suffered from tuberculosis. Hence, his voice wasn’t clearly audible and the militia were slow to retreat and reluctant to lay down their weapons. In the midst of all the pandemonium, a shot was fired and the British started firing at the militiamen without having received orders to do so. Various sources have been credited for having fired the first shot, but that question remains unanswered to this day.

The militiamen scattered and 8 were killed. There were no fatalities in the British force, but one soldier was injured. As Lieutenant Smith arrived in Lexington, he reorganized the chaotic 6 advance companies and marched on towards Concord.

Although the fight at Lexington was later stylized as a ‘battle’, it was, in reality, nothing more than a skirmish.

Ralph Waldo Emerson, in his poem Concord Hymn, famously described the first shot fired by the militia as the ‘shot heard round the world’.

The Battle of Concord

Samuel Prescott had alerted the Concord militia of the impending British attack and the local force had been bolstered by the arrival of militia from Lincoln. Seeing that the gathered militia only numbered c. 250, roughly a third of the British troops, Colonel James Barrett, leader of the militia in Concord, decided to hold back and watch the movements of the British forces from a hill north of the town. Militia and minutemen companies from various other towns joined them there.

Lieutenant Smith had sent 3 companies to guard the North Bridge, the retreat path of the militia. These companies, however, were heavily outnumbered by the militia, the ranks of which had by now swelled to more than 400. Colonel Barrett, seeing this, advanced upon the British troops. The militia held fire as they advanced towards the North Bridge, but the British forces, under the inexperienced command of Captain Walter Laurie, had retreated across the bridge and formed an offensive situation which wasn’t ideal for the situation they were in. The British forces opened fire, killing two minutemen from Acton and wounding four others. The militia, responding with musket fire of their own, killed 3 privates and wounded 13 others, including 4 British officers. The British companies surrendered the North Bridge and retreated to their Grenadier forces.

Lieutenant Smith, having heard the crossfire at the North Bridge, led 2 grenadier companies to the North Bridge. Upon seeing the size of the gathered militia, he decided to retreat. However, the British troops continued to look for military supplies in Concord and had lunch, all under the watchful eyes of Colonel Barrett’s men, who had now taken up defensive positions in the town. Since war had not been officially declared, the colonists didn’t deny the British the opportunity to search Concord for hidden weapons. The delay in the Redcoats’ departure enabled more militiamen to take up positions on the road back to Boston.

The British march from Concord to Boston was systematically attacked by colonists on various occasions, killing more than 40 regulars. The colonial guerrilla tactics of doggedly attacking the British at regular intervals were later praised by Earl Percy, a British general in the march back to Boston.

A combined force of about 15,000 militias followed the British force back to Boston and laid siege to the city.

The battles of Lexington and Concord were viewed as a major failure to implement British laws in the American colonies. Contrasting reports of the skirmishes were sent to the Parliament by Thomas Gage and the colonist Massachusetts Provincial Congress; the authorities in London chose to believe the colonists.

Although the so-called ‘battles’ were very low-key, the skirmishes gained a legendary status among American leaders as a rallying point. In the immediate aftermath, several American leaders, including Thomas Paine and George Washington, remarked to the effect that the movement for the Independence of America had reached a point of no return. Colonist-favoring versions of the battles of Lexington and Concord were used for propaganda, depicting for the first time, America as a strong, able force standing up to Britain instead of a meek, oppressed entity, submissive towards their transatlantic rulers. The legendary billing of the battles was influential in shifting the mindset of the American colonists and eventually, gaining independence. 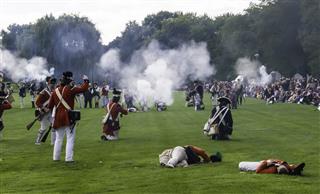 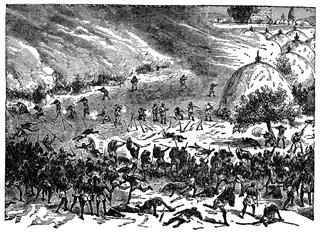