The Little-known History and Culture of Cajun People

The Cajun people first came to Louisiana in the Great Upheaval or Expulsion, which was a mass deportation of thousands of people from Acadie by the British in early 1755. Hundreds were imprisoned; many were separated from their homes and families, and thousands of people died in the expulsion. This is the soul-stirring story of the Cajuns, their battle against assimilation, and their victory in reclaiming their heritage and culture.

Home / Uncategorized / The Little-known History and Culture of Cajun People 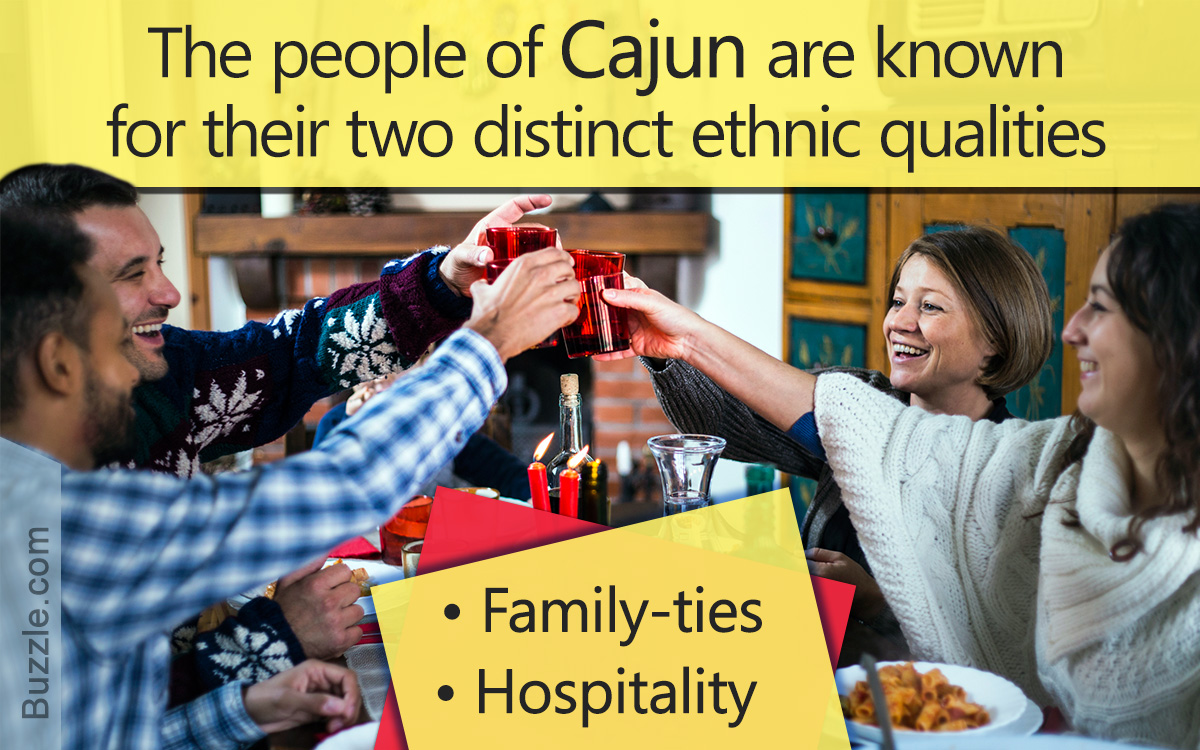 The Cajun people first came to Louisiana in the Great Upheaval or Expulsion, which was a mass deportation of thousands of people from Acadie by the British in early 1755. Hundreds were imprisoned; many were separated from their homes and families, and thousands of people died in the expulsion. This is the soul-stirring story of the Cajuns, their battle against assimilation, and their victory in reclaiming their heritage and culture.

A quaint French-speaking people, the Cajuns or Acadians initially settled down in the areas of Canada, which are known to us today as Nova Scotia, New Brunswick, and Prince Edward Island. This settlement of theirs was known as Acadie. Content and happy to be living in their remote home, the Acadians did not bother with their French and British colonial governments, nor did they ask for much. More than happy to be ignored or neglected, the Acadians were repeatedly subjected to a number of sieges in the wars of the British empire.

From 1710 to 1750 the French Acadians under siege refused to sign the oath of allegiance to the British empire. However, after the defeat of the French, they were forcefully exiled and then shipped to a number of different destinations. Many of these people found a home in the bayous and swamps of southern Louisiana in around 1765. Here, they managed to settle down once again into a life of contentment and isolation. As they adapted to the life in Louisiana, they as people along with their culture began to change and evolve. As young America fought in the war and won their much-deserved freedom, the Acadians established for themselves permanent settlements that were left untouched and unspoiled till the dawn of the 20th century, and the end of the Civil War.

A Struggle For Identity

With the industrial revolution in full flow, the Acadians once again had to battle against assimilation. At the end of it all, they once again stood on the edge of cultural overthrow, but they fought their way out and managed to reclaim their proud heritage. The result of this revolution was the Cajun culture, which is more or less a hybrid form of the original Acadian culture mixed with modern culture of the new United States of America.

The end of the Civil War marked the beginning of the battle on the part of the Cajun’s to resist as well as reclaim their cultural heritage. For many Southerners and Louisianans on the whole, the devastating impact of the war on the economy, property, and pride continued for many years. The Cajuns, who were grateful for the end of all the fighting, unknowingly entered into a very strange period of history wherein their own cultural identity suffered greatly because of the various assimilation efforts made by the Americans throughout the South. Only when they finally confronted and battled their Americanization in the 60’s did a revitalization of their culture occur.

The attempt at assimilation left a deep scar on the Cajun people. During the reconstruction era, the differences between the Cajuns and the other Louisianans increased twofold. Many stereotypes that are till date associated with the Cajuns developed during this era: ignorant, lazy, simple-minded, and illiterate. However, on their part, since they remained unassociated, the Cajuns managed to act in precisely the same manners as they did before the war. Like most of the Southerners, they loved parties, games, playing cards, and communal gatherings. Unlike the Americans, the Cajuns continued to work at their own slow pace, which is a work ethic that stands in complete contrast to the modern American ideals of work and progress.

Cajuns were described as dreamers and idlers; someone who would rather dream away than actually get any work done. The Cajun who worked hard was considered to be a rarity and the rest of them were considered to be mere squatters. Southerners on the whole, did not think much of the Cajun people and their culture because their values greatly negated the close-knit American values of wealth and progress. Coming from a different background, the Cajuns saw the American standards regarding education as an intrusion of their traditions. This attitude of theirs concerning education posed as another reason as to why the Americans looked down on them as ‘poor stupid souls’.

Despite all these traits, historians, and observers have repeatedly remarked upon two of their distinct ethnic qualities in a very positive light, namely: family ties and hospitality. Travelers in the south have commented on the friendliness with which the Cajun people welcomed guests and strangers into their homes, and also their willingness to share whatever they had, even if it was just a little. Inspired not by charity, but more by hospitality (which is an inherited trait), these people opened the doors to their homes to all and sundry that cared to grace their doorsteps.

Their culture however, continued to flourish solely because of the female population and the roles that were played by the mothers in preserving age-old traditions and customs. The average Cajun woman would strictly bring up her children to respect and appreciate their heritage and traditions.

Challenges Faced by the Cajun Community

During the early 20th century, many attempts were made to suppress Cajun culture by introducing measures such as forbidding the use of Cajun French in schools, and when the parents of Cajun children stopped sending their children to English schools, an Act was passed to make school attendance compulsory.

Most of the younger men enrolled themselves in the armed services during the world wars, and began to get influenced by Anglo-American values. Returning home from the war, these men started to believe in the inferiority of their ethnicity and forced their opinions upon their children and wives, so that the coming generations were more ashamed than the first of their cultural heritage. In this period, bilingual parents stopped speaking with their children in Cajun French and many of their descendants grew up completely ignorant of their language and customs. This failure on the part of Cajun parents, to communicate with their children in their cultural language came as the biggest blow to Cajun culture.

With the advent of multi-storied supermarkets and grocery stores, the need for traditional ingredients deteriorated, and the variety of foods that were freely available in these markets undermined their traditional cuisine. Cajun music also came under attack when people started calling this type of music ‘chanky-chanky’ music, suggesting that the instrumentation and rhythm were essentially simple.

In 1968 an organization called the Council for the Development of French in Louisiana was founded. Cajuns gradually fought and successfully appealed for their legal rights. Cajuns from all across the nation renewed their ties to each other, and their culture and traditions became stronger for it. Towards the start of the 21st century, the word ‘Cajun’ which was considered as an insult till that time, turned into a source of pride.

Yes, Americanization has definitely resulted in a sharp decline in the ethnic culture of the Cajun people. Faced with almost going extinct, the Cajun culture has displayed its most impressive ethnic trait by surviving such tests and by prospering in the face of adversity.