In the year 1692, 19 innocent people were hung to death for practicing witchcraft. A man was also squeezed to death under heavy boulders because he refused to stand trial, while four other innocent people died in jail awaiting their trials. How did one simple little village get caught up in such frenzied madness? 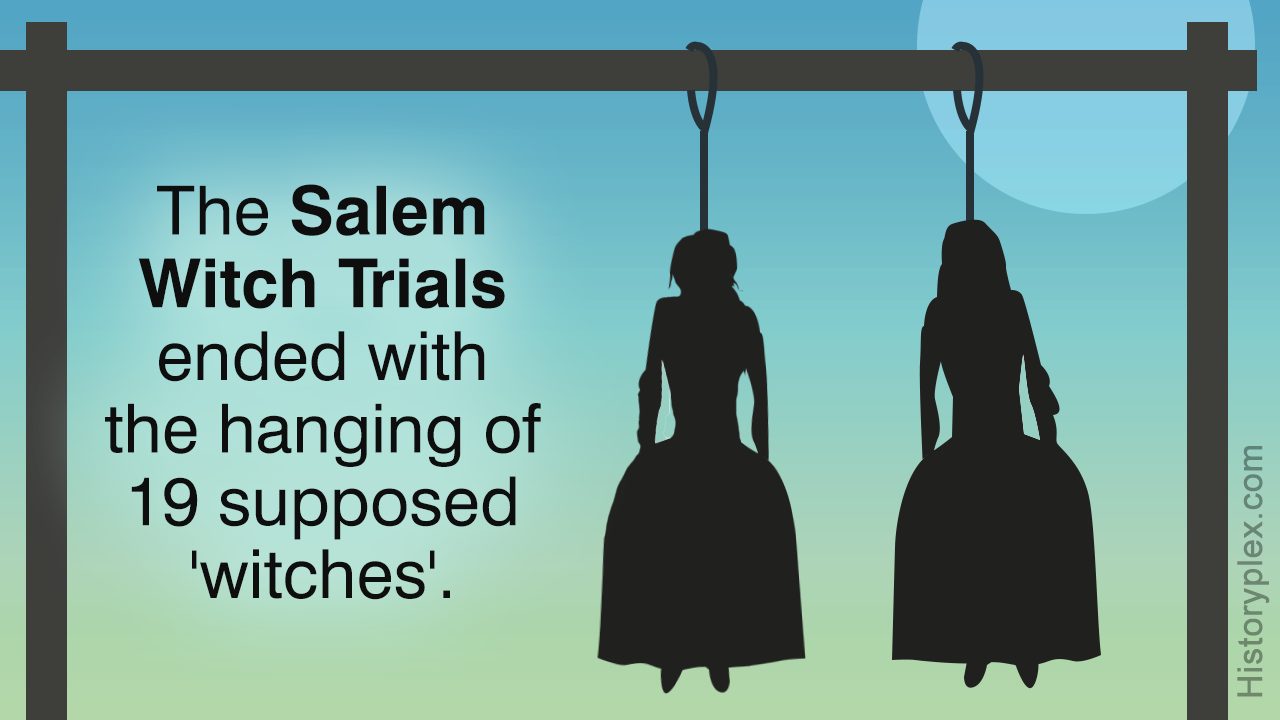 In the year 1692, 19 innocent people were hung to death for practicing witchcraft. A man was also squeezed to death under heavy boulders because he refused to stand trial, while four other innocent people died in jail awaiting their trials. How did one simple little village get caught up in such frenzied madness?

The Salem Witch Trials ended on October 29, 1692. By the end of these trails, 19 supposed ‘witches’ had been hung. The husband of one of these women was crushed to death, and many innocent people had died in prison. Since then, stories of this horrendous period have been the source of books, movies, and plays.

These were all real people, with real lives. Many of them had families and children to care for; people who went to church diligently and lived moral lives. Today, in the memory of those who lost their lives, the town has erected a Salem Witch Trials Tercentenary Memorial, which is adjacent to the Charter Street Old Burying Point, where many of the accused who lost their lives were buried.

The End is the Beginning

The Trial of Martha Corey

None of these accused ever confessed to, or was proven to be, engaging in witchcraft.