The Real Causes of World War 2 and its Devastating Effects

World War 2 changed the course of history for the world. One of the most gruesome Wars of all time, World War 2 is best known for the bombing of Hiroshima and Nagasaki by the United States and the Holocaust - the genocide of six million European Jews by Nazi Germany. However, there do exist several facts about it which continue to elude most of the people out there.

World War 2 changed the course of history for the world. One of the most gruesome Wars of all time, World War 2 is best known for the bombing of Hiroshima and Nagasaki by the United States and the Holocaust – the genocide of six million European Jews by Nazi Germany. However, there do exist several facts about it which continue to elude most of the people out there. 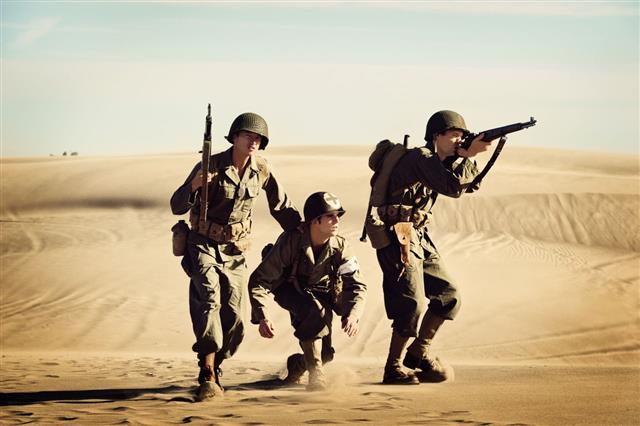 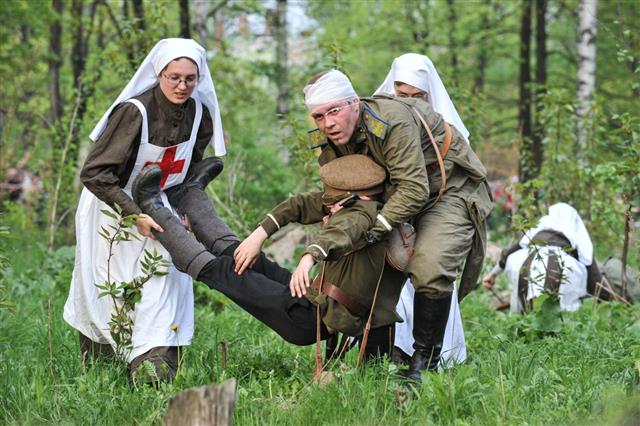 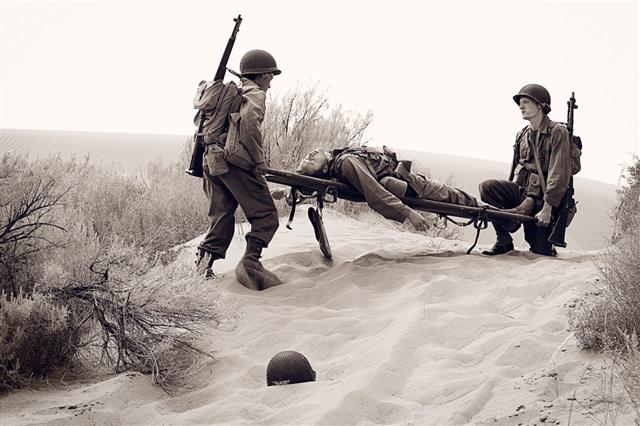 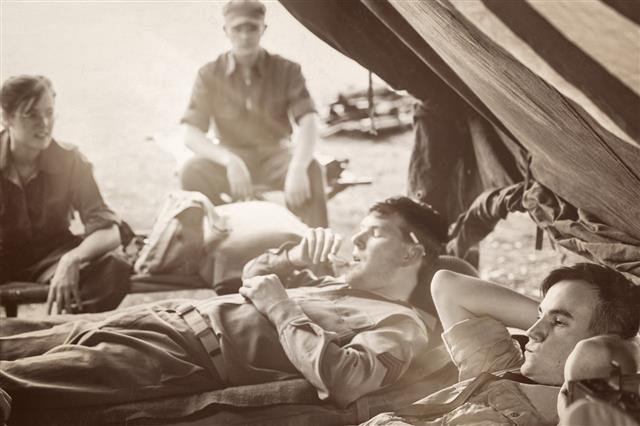 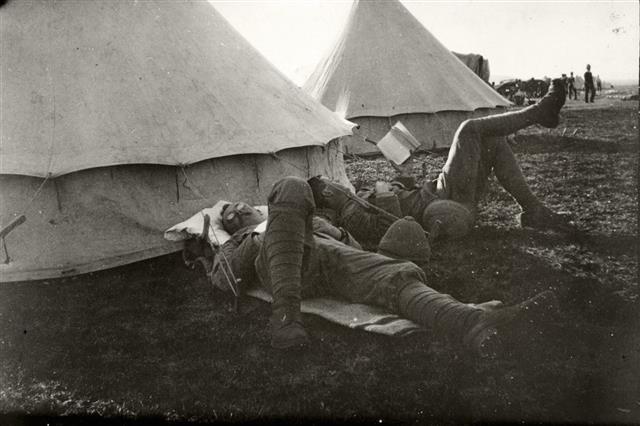 In spite of being parts of Europe, which was virtually a battleground, Switzerland, Sweden, Spain, and Portugal remained neutral during the Second World War.

Not many people out there need an introduction to World War 2, the global military conflict which lasted for almost six years and resulted in heavy loss of life and property in various parts of the world. If at all, people need to be told about its causes and effects―the two most crucial attributes which are now covered with the dust of ignorance.

World War 2 was fought between two military alliances: the Allies, which comprised the Soviet Union, United States of America, United Kingdom, and other nations, and the Axis, made up of Germany, Japan, Italy, etc.

The war began on September 1, 1939, when the German forces invaded Poland, and in retaliation, France and other European nations attacked Germany. It went on for six years before culminating with a victory for the Allies on September 2, 1945.

What Were the Causes of World War 2?

World War I and the Treaty of Versailles

There were numerous causes, but the most important cause was World War 1 itself. After the First World War, various nations were divided into two groups: the Allied (Entente) Powers, comprising France, British Empire, Russian Empire, United States of America, etc., which won the war, and the Central Powers, which included the German Empire, Austria-Hungary, etc. After the war, leaders representing the Big Four―Britain, France, Italy, and Russia―met at the Palace of Versailles, Paris, to decide the peace terms. It was here that the Treaty of Versailles was signed on June 28, 1919.

The Treaty of Versailles held Germany responsible for the war and put certain military restrictions on them. The motive was to handicap Germany to ensure that it would not wage another war. They were also asked to pay a huge sum of money as a fine and make substantial territorial concessions to the Allied Powers. The people of Germany were not at all happy with the proceedings. The Treaty of Versailles didn’t just affect the economy of the country, but had also hurt the national pride. In Adolf Hitler, they saw hope and brought him to power.

Rise of Hitler and Nazism

Post World War 1, Germany saw the rise of Adolf Hitler and his concept of Nazism, both of which became quite popular in 1930s. Nazism was a form of socialism, which―unlike Marxism―was typically characterized by racism and expansionism. It called for obedience to a strong leader, and Hitler portrayed himself as that strong leader. He became the Chancellor of Germany in 1933 and thereafter, started rebuilding the German army.

Both, France and Britain turned a blind eye to Hitler’s actions as they were not willing to fight a war. Some historians are of the opinion that they did so deliberately as they thought it was their best bet to arrest the spread of communism. Amidst this, Hitler also earned two important allies in the form of Italy and Japan.

While Germany witnessed the rise of Adolf Hitler and Nazism, Italy witnessed the rise of Benito Mussolini and Fascism, which was characterized by violence, racism, and totalitarianism. Both the concepts were quite similar to each other, as a result of which Hitler and Mussolini were portrayed as the leaders of war against the Allied Powers. The two joined hands with the Rome-Berlin Axis Pact in 1937 and forged a military alliance.

Towards the beginning of 1930s, Japan was affected by depression. In a bid to tackle the same, the Japanese decided to invade the Republic of China. The Japanese army invaded Manchuria in northeastern China which was rich in mineral resources. When the League of Nations, which was formed to bring about the much-needed order in the world, stepped in at the behest of China and ordered Japan to withdraw its forces from the Chinese territory, Japan opted to leave the League itself.

The sanctions that were slapped on Japan for this defiance made it even more important for them to pursue the resource-rich regions in the neighborhood. Worried that the United States would hinder their plan of territorial expansion, the Japanese took an extreme step and attacked Pearl Harbor. The intention was to cripple the US by destroying their aircraft carriers, but the said carriers were out at sea and thus, survived the assault. The incident though, prompted the US to enter the war.

The Republican government under the leadership of President Woodrow Wilson decided to stay away from various political activities that were taking place in the world. The League of Nations turned out to be a failure. If historians are to be believed, the League of Nations was a toothless entity with no power whatsoever, and thus, its failure was eminent. Additionally, the world was stuck in the clutches of Great Depression.

Amidst all the chaos, countries like Germany, Italy, and Japan took an aggressive stance and attacked their neighboring countries in a bid to expand their territories. While the war actually began with Nazi Germany invading Poland in 1939, the tension was already building up with Italy’s invasion of Ethiopia in 1935 and that of the Republic of China by the Empire of Japan in 1937. The Allied Powers took a serious note of these developments and retaliated with military force, which, in turn, triggered a full-fledged war.

What Were the Effects of World War 2?

They say history repeats itself, which is what happened when Germany and its allies were trounced in the Second World War. If the effects of World War 1 were gruesome, those of World War 2 were a lot worse. Somewhere between 22 – 25 million soldiers and 38 – 55 million civilians lost their lives. Additionally, many more were left homeless. It is estimated that around 6 million Jews were killed in the Holocaust, the systemic state-sponsored genocide orchestrated by Adolf Hitler. Other than Jews, non-Jewish Poles and Slavs, Romanian gypsies, and even homosexuals were killed in large numbers in this genocide only because they were considered inferior.

Several European and Asian countries had to bear the brunt of this war. The territorial borders of European countries were redrawn. The biggest beneficiary in terms of territorial expansion was the Soviet Union, which annexed parts of Finland, Poland, Japan, Germany, and some independent states to its territories. The worst affected nation was Germany, which was divided into four parts; one each was held by France, United States, Soviet Union, and Great Britain. The initial plans put forth by the United States for Germany were very harsh. They were only relaxed after they realized that the revival of Europe was not possible without the revival of German industrial base.

Post World War 2, the Allied Forces came together to form the United Nations―an organization formed to promote peace and security in the world. The newly formed organization outlawed wars of aggression to ensure that a third world war doesn’t happen. The Paris Peace Treaty was signed on February 10, 1947, allowing countries like Italy, Bulgaria, and Finland to resume as sovereign states in international affairs and become members of the United Nations. The Treaty also included provisions for the payment of war reparations and post-war territorial adjustments.

On the flip side, World War 2 marked the end of dictatorship in Europe. While Mussolini was captured and shot dead on April 28, 1945, Hitler committed suicide on April 30, 1945. Emperor Hirohito was not prosecuted by the Allied Powers as General Douglas MacArthur, the Supreme Commander for the Allied Powers, thought that his cooperation was necessary for the administration of Japan. The Allied Forces held the Nuremberg trials wherein the top brass of Nazi Germany―except for Hitler, Heinrich Himmler, and Joseph Goebbels―were prosecuted.

As for the economic effects of World War 2, it did have some positives, but they were by no means a match for the havoc this war created. The numerous jobs created during the war brought an end to the employment crisis during the Great Depression. While those industries that manufactured the products required during the war flourished, other industries suffered a major setback. The European economy was almost brought to a standstill during the Second World War. It took quite some time for the world to revive after the war came to an end on September 2, 1945; that though, was only after millions of people lost their lives. 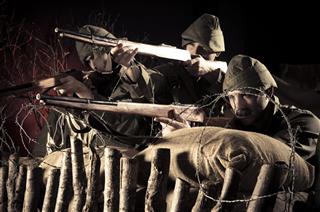 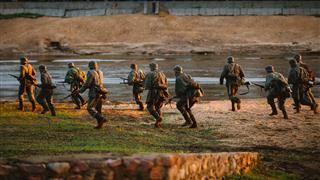 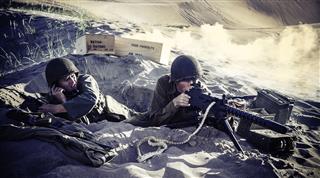 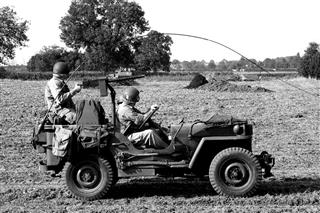 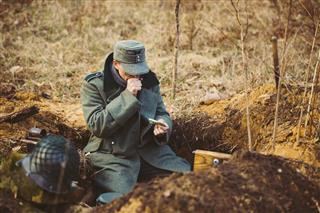 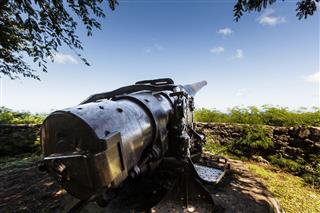