Among the many tribes that dominated western Europe, the Celts were one of the most widespread, geographically. They had a well-followed and preserved culture, that was based on a belief system, focusing mainly on sacred symbolism.

Among the many tribes that dominated western Europe, the Celts were one of the most widespread, geographically. They had a well-followed and preserved culture, that was based on a belief system, focusing mainly on sacred symbolism. 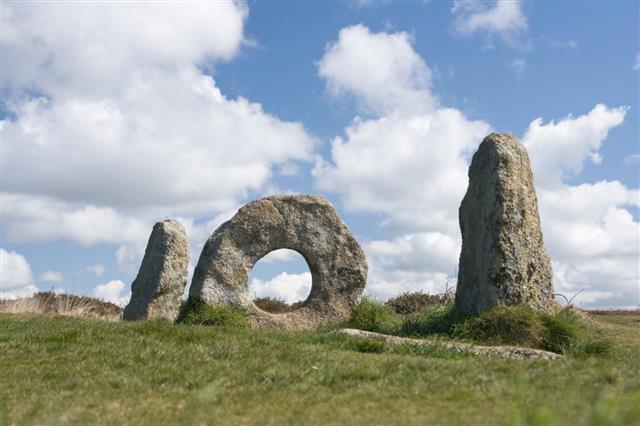 The Celts were the tribes who were both, technologically and artistically advanced for their time. They began spreading over large parts of Western Europe, some time during the Iron Age and settled in a substantially large area covering not only France, Germany, Italy, Spain and Turkey, but also vast regions of Scotland, Ireland, Iberian Peninsula and Galatia. Their superior technological know-how and religious symbolism were the two prominent things which set the Celts apart from the rest of the settlers. In fact, their unique symbolism was to have a profound influence on other major cultures in the future.

The actual date of the emergence of the Celtic civilization is not exactly known. This is because there was never a defined community of people, which could be collectively referred to as ‘Celtic’. ‘Celt’ or ‘Celtic’ is any random group of people speaking any language belonging to the ‘Celtic’ family and sharing some common cultural traits. The reason why these people came to be known as the ‘Celts’, is also ambiguous. While some scholars believe that the word ‘Celtic’ means ‘to strike’ or ‘to fight’, some others state that the word may refer to ‘something that has hidden origins’ owing to the mysteries surrounding their sacred and spiritual knowledge. Whatever their roots may have been, the ancient Celtic culture still continues to influence the current generation. The vestiges of this ancient civilization, in the form of their symbols and artistic expressions, can be witnessed in most things that surround us, right from T-shirts to tattoos.

The symbol looks like a wheel having three legs, bent backwards, as if in motion. The symbol was often used on armors, clothes, as a decorative motif in various tangible visual arts, and also in jewelry.

~ The triskelion, was a prominent Celtic symbol that represented the concept of competition and progress.

~ According to one opinion, the triskelion, represents actions, cycles, progress, revolution and competition. So, in short, it was a representation of a sense of advancement and achievement.

~ The three legs, or rather the ‘limbs of the triskelion’, often had several different meanings, some of which include,
– body, mind and soul
– father, son and the holy spirit
– mother, father and child
– past, present and future
– power, intellect and love
– creation, sustenance and destruction

~ It has also been suggested that the three limbs of the triskelion may represent the three mystical worlds of the Celts viz.,
– the Otherworld, which is the abode of gods and other supernatural beings,
– the Mortal World, where humans reside, and
– the Celestial World, which shelters the unseen and the unknown.

The triquetra was a triangular three-cornered figure that came to represent three important aspects of life viz., spirit, nature and the state of being, which were intertwined in each other. The triquetra was basically used by the Celtic people because it was said to emit cosmic vibrations.

According to some of them, the three corners stand for:
– the holy trinity
– thought, feeling and emotion
– the three Celtic worlds
– mother, maiden and crone

More often than not, a circle is drawn around this symbol. This circle signifies the eternal and the infinite. It symbolizes the union of the soul with the divine entity.

The single spiral is one of the most common symbols of the Celtic culture, which can be seen on a myriad of artifacts and on their monuments.

~ This symbol stood for the radiation of ethereal energy.

~ Some of the most prominent interpretations of this symbol include balance, direction, initiation, progress, connection, expansion, awareness and all-round development.

~ A spiral symbol represents the processes of both, creation and self-realization.

The double spiral is represented by two spirals formed by a clockwise movement at the two points of a line, but in opposite directions. Thus, while one spiral opens in an upward direction, the other opens in a downward direction. However, some variations of the symbol can be found.

~ The double spiral stands for the fact that there are always two completely opposite activities going on in the universe, at any given point in time.

~ The two opposing spirals emerging from a single line signify that though the two activities have completely contradicting cycles, there is always a balance between them.

~ Cycles such as birth and death, creation and destruction occur alongside each other and are thus, represented by the double spiral.

~ One theory states that the double spiral represents the equinoxes, the days when the day and night are of equal duration.

The triple spiral, also known as the spiral of life, found wide usage in the artistic expressions of the ancient Celts. Its representations have been found in abundance at the Bronze Age sites in Ireland.

~ The ancient Celts believed that life, in all forms, moved consistently in cycles which were ongoing and eternal in nature. It was also believed that every activity related to life and death happened in three distinct phases, each of which was equally important for maintaining balance of nature. These three eternal cycles were represented by the triple spiral. So, in short, this symbol stood for all the processes that take place between life and death.

~ One theory says that the three spirals in the symbol stand for the ‘three realms’ viz., land, sky and sea, and the interconnection between them.

The most famous of the Celtic symbols is the Celtic cross. This religious symbol of the Celts bore a heavy influence on the Christian cross.

~ One theory that seems to have paganistic origins states that the shape of the cross was derived from the Sun symbol. It was a cross surrounded by the wheel of the Sun, with its central stone representing the Sun itself, while the four blank quarters represented the shadows cast by the sun.

~ It has also been suggested that the cross represents the eternity of life.

~ It signifies the union between heaven and earth, with its vertical axis representing heaven and its horizontal axis, the earth.

Celtic crosses are often decorated with carvings of other Celtic symbols such as the spirals and other floral and faunal designs. Such kinds of decorative motifs on the crosses lend a deeper meaning to their symbolism.

A Celtic knot is not a defined symbol. On the contrary, graphical representations of a variety of knotted motifs can be seen adorning various artifacts, manuscripts, and monuments of the ancient Celts.

There is very little documented evidence shedding light on the reasons behind introducing this motif in Celtic art. Nevertheless, owing to the widespread occurrence of the motif, it can be inferred that it may have been an important Celtic symbol.

~ One interpretation is that a knot has neither a beginning nor an end. So, in spiritual terms, it refers to the infinity of the universe and the timelessness of the human spirit.

~ It also represents the cycle of creation and destruction that goes on endlessly.

~ The knotted motifs can be found on various items such as clothing, home decor and jewelry and, in the ancient times, may have stood for luck, continuity and longevity.

Awen is a Celtic symbol, which is represented by three rays that are vertically parallel to each other.

~ Most of the experts of Celtic symbolism have interpreted that the awen is a symbol that implies the balance between two opposing powers in the universe, which is very important for its smooth functioning.

These symbols, and many more, were present around the Celtic islands long before the nations of Scotland or Ireland came into existence. The use of motifs pertaining to nature, in the art forms and symbolism of the ancient Celtic people, continues even today and remind us of their mystical, yet artistic culture.