A Glimpse at Some of the Important Colonial Blacksmith Tools

The blacksmith was a rather important person during the colonial times. He typically used a number of tools in order to produce various utilitarian and decorative objects needed by the settlers of the colony. Here's a glimpse into some of the important tools used by colonial blacksmiths. 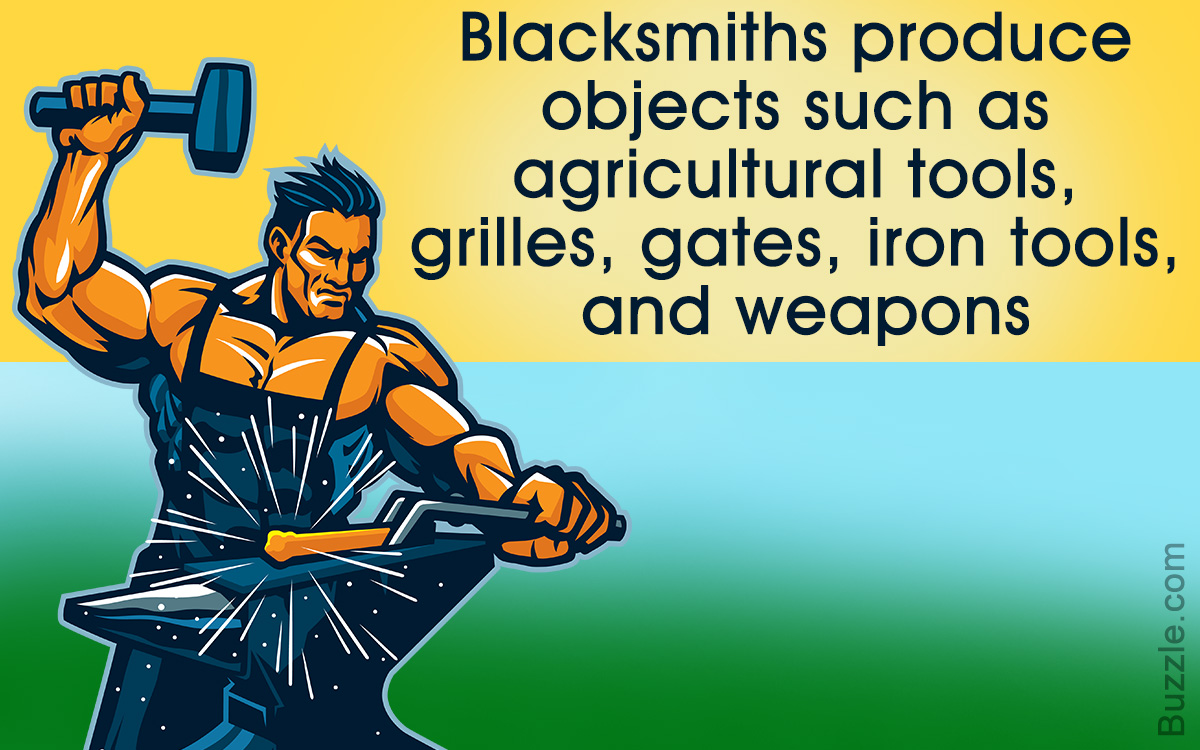 The blacksmith was a rather important person during the colonial times. He typically used a number of tools in order to produce various utilitarian and decorative objects needed by the settlers of the colony. Here’s a glimpse into some of the important tools used by colonial blacksmiths.

During colonial times, the blacksmith was also often called to remove teeth, since he had access to various tools, and dentists were rarely available.

The blacksmith is a trained craftsman who works with iron and steel, and fashions out various usable and decorative objects out of them. In the colonial times, he was one of the most important and most sought-after people of the colony, as each and everyone needed his services on a regular basis. It is interesting to note that every colony had at least one blacksmith, who provided the settlers with all the tools and metal equipment that they needed. He functioned from his workshop, called a smithy, that was well-equipped with all the necessary tools and implements required for making and mending metal objects. Furthermore, he was often assisted by a number of apprentices, whom he trained in the craft. After the completion of training, these apprentices became independent blacksmiths and often set up their own workshops.

Tools of a Colonial Blacksmith

In order to supply the settlers of the colony with much-needed iron objects, the colonial blacksmith needed to use a variety of tools and equipment. These were typically made from iron and other ferrous alloys. Almost all of these tools were produced within the smithy itself. Some of the basic tools used by a colonial blacksmith were as under:

The anvil was the simplest of all blacksmith tools. It was nothing but a block of hard iron that was used as a surface when raw metal was hammered, so that it could be given the desired shape. Usually, the anvil was placed on a tree stump that reached up to the blacksmith’s knuckles. Such a placement of the anvil enabled the blacksmith to work comfortably. It was basically shaped in such a manner that it could easily sustain blows of the hammer. Even today, the anvil is used by many metal workers as a surface, when they need to shape metal objects. The ‘face’ (upper surface) of the anvil is plain and smooth, and is used to shape the object. One of the ends of the anvil is shaped like a horn. This end is used in order to give a curved shape to the hot metal rod/bar.

Hammer was a basic tool used by the blacksmith, and the most important one as well. Colonial blacksmiths, more often than not, used a cross peen hammer. It generally weighed from 1.75 to 3 pounds. Sledgehammers were also used, generally for shaping heavy and huge pieces of iron. Some of these hammers were as heavy as 12 pounds. For a blacksmith, the basic purpose of a hammer was to beat and bend the hot metal into a preferred shape.

The hacksaw was literally a saw that had a powerful blade, and was used to cut metallic sheets and sods. It is used even today in many cutting and machining processes.

The punch was basically used to make small holes with even diameters in blocks or sheets of metal. The colonial blacksmiths used a wide range punches of different diameters to make holes of variable sizes. The punch is more appropriately known as the ‘punch rod’. One end of the rod is used to actually make the hole and the second end is used to strike the hammer.

Vise was a very effective clamp that was used to hold a metallic object, when the blacksmith was unable to hammer and hold it, at the same time. A vise was often attached to a heavy bench or to a wall or was anchored to a post, dug in the floor.

Tongs were essentially metal pliers, which were used to hold pieces of hot metal (which could not be held with bare hands), in order to work on them. Tongs were (and are) available in various sizes, and aided the blacksmith to remove the hot metal from the forge, and to hold it down on the anvil to be hammered and shaped.

Files were used by colonial blacksmiths to sharpen the edges of metal sheets and tools, and to add finishing touches to their products. They were long, flat tools, often with wooden handles, and were available in different sizes.

Forge was the most important equipment used by a colonial blacksmith. It was a hearth, with a chimney jutting out of it, where the metal was heated. It was usually placed beside the anvil, so that the hot metal could be directly removed from the forge and immediately placed on the anvil for shaping. Forges, in the colonial times, were fueled by coal.

Most of these tools are used even today, and have undergone several modifications over a period of time.

The Colonial Blacksmith: An Overview

In the 16th century, when the Europeans traveled to the New World and established colonies, they had various crucial tasks at hand, as they had to build everything from scratch. Their first and the foremost task was to build new houses and defense mechanisms. Alongside this, they also needed to clear lands for agricultural purposes. They had carried a number of varied metal tools from their homeland, like hammers, plows, axes, and saws. However, due to their constant and regular use, they were prone to chipping and breaking. Though sharpening the existing tools was possible for a layman, repairing the broken ones or making completely new ones, needed only a professional blacksmith.

Iron formed the very foundation of colonial daily life. The metal had a variety of uses, large and small. The homes, workshops, and barns of the colonists contained a large number of iron and steel objects, which were used for everyday tasks such as cooking, eating, feeding the cattle, and also for decorative purposes. Initially, iron and items made from it were imported from England. The people from the New World colonies bought them from the shops. During this period, the job of a local blacksmith was limited to repairing the worn out/broken tools, rather than making new ones. But, owing to the fact that England itself had limited supplies of iron, the colonists found it extremely necessary to look for newer sources of the same. Soon enough, they found iron ores at Jamestown, Virginia, which became usable after the process of smelting.

When Christopher Columbus traveled to the New World, he carried with him several tools and metal objects. A blacksmith was one of the important men, who always accompanied him during his voyages, helping him and his men, mend metal objects.

By the 1730s, large amounts of smelted iron began to be exported from the American colonies to England. As the colonies flourished, more and more iron tools and equipment were needed. The local blacksmiths had come to the forefront by this time, as it was more economical to make the iron objects locally, rather than importing them, especially when iron was locally available. The colonial blacksmith then provided all the tools and materials needed for farming, constructing houses, shipbuilding, and also for making weapons. He, thus, became an extremely inevitable aspect of a colonial community. 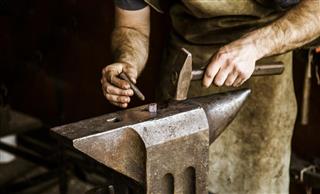 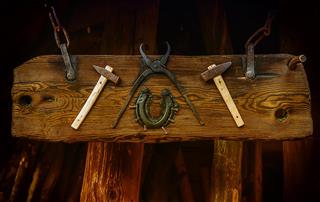 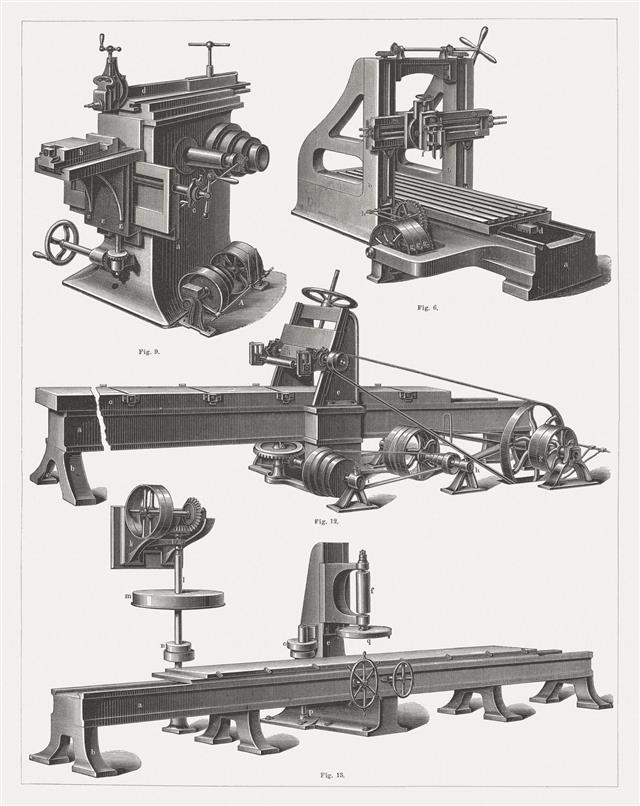