An interesting theory of the 13 mystical trees that rule the lunar months, along with its mythological association with different Gods and meanings along with the characteristics possessed by people born in the particular months is what this article gives you. 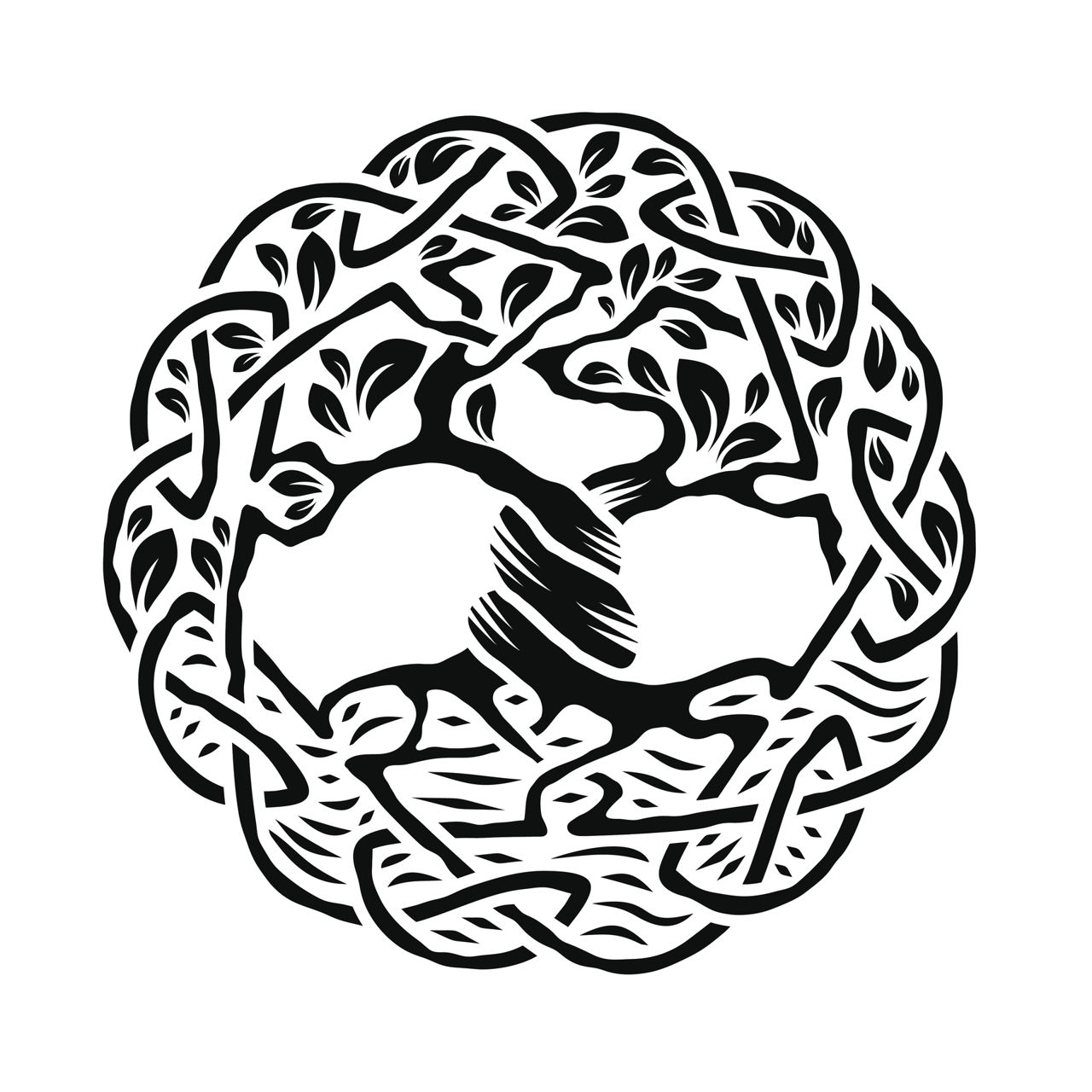 An interesting theory of the 13 mystical trees that rule the lunar months, along with its mythological association with different Gods and meanings along with the characteristics possessed by people born in the particular months is what this article gives you.

The Celtic Tree Calendar is a lunar calendar of 364 days and has 13 months of 28 days each. It is contrary to the Gregorian calendar in which the year has 365 days and that follows the solar cycle. December 23 is the traditional day of the proverbial “Year and a Day” according to the earliest courts of law. In the Celtic calendar, each month is named after a tree that signifies particular qualities of the moon during that cycle.

There is a very interesting theory behind this calendar which gives us a glimpse of the Celtic culture. This calendar has its origin based in historical poetry. The druids believed that trees are the ancestors of the human race. The calculation of lunar cycle itself is variable in nature and hence, the Gregorian followers stick to the fixed dates of a calendar which starts from one and follows the sequential manner till 30 or 31, with only February being an exception.

Celtic languages are one of the Indo-European languages. So the theory is that every letter of the Celtic alphabet stands for a particular tree.

Just like the zodiac signs associate certain animal qualities to humans born in different months, the Celtic calendar too associates certain qualities associated with the trees. The names of the trees are given in the following table. The names in the brackets are known as the Ogham, which is a picture or glyph.

The Celtic tree of life symbolizes the following magical qualities that the magicians believed to be true. The following table will give you the details associated with the trees.

The following description will give the meanings of the Ogham alphabet. Every glyph is a verse from the ancient scriptures. It also includes the Celtic gods and goddesses and the individual meanings. Many of the Celtic tattoos are based on the following mystical deductions of ancient times. It will also give you the individual traits of the people who are born in lunar months.

“I am a Stag of Seven Tines” or “I am an ox of seven fights”– This is what the glyph says about the alphabet ‘beth’ which is pronounced as ‘beh.’ Birch is famous as the hardest of the deciduous trees and in the calendar system, it is known as the midnight sun and the tree of light. The God associated with this month is called ‘Taliesin‘, who is the son of the lunar goddess Ceridwen. The animal linked with this month is the white stag. This moon sign, which is associated with inception and beginning, indicates beginning, inner strength, purity and fertility. People born in this month are reliable, are vivacious, elegant, genuine, imaginative, and satisfied. Whip made out of this wood were used by the druids to punish the evil spirits. Magical properties of this plant makes it useful for enchanting lovers and warding off evil.

“I am a Wide Flood on a Plain”- This is what the glyph says about the alphabet ‘luis’ which is pronounced as ‘loush.’ And this month is associated with the Celtic goddess of ‘fire,’ ‘Bride’ and the green dragon as for the animal. People under this moon sign, which is associated with vision, spirit and travel, are highly intuitive in nature and use this quality for enchanting and protecting their loved ones. Born under this sign also gives them a natural flair to control their senses and the will power against being swayed or fall for tricks. These people are also come across as brave and bold.

“I am a Wind on a Deep Lake”– This is what the glyph depicts about the consonant ‘nion’ which is pronounced as ‘knee-un.’ This Celtic god and animal associated with this month are ‘Gwydion’ and adder respectively. People born under this moon sign, which is associated with water, are compassionate in nature. This is what makes them believe in cosmology and the ideology that whatever you give to the universe the universe gives it back to you.

“I am a Tear the Sun lets fall”– This is what the glyph depicts about the consonant ‘fearn’ which is pronounced as ‘fairin.’ Bran and bear, are the Celtic god and animal associated with this tree respectively. He is the raven god. People born under this moon sign, which indicates, utility, efficacy and self guidance, are courageous and have a flair for arguing convincingly. This makes them little susceptible to being self obsessed and often miss out to notice and acknowledge something good in others.

“I am a Hawk on a Cliff”– This is what the glyph translates about the consonant ‘saille’ which is pronounced as ‘sahl-yeh.’ The Celtic goddess and animal associated with this month are the lunar goddess, ‘Cerridwen‘ and hare respectively. This moon sign, which indicates balance is also called the‘Witch’s Moon’. People born under this sign are instinctive as well as quick to react. They rely and follow their intuitions rather than analyzing and thinking over the matter. These people also tend to be moody.

“I am Fair among Flowers”– This is what the glyph translates about the consonant ‘huath’ which is pronounced as ‘hoh-uh.’ Olwyn and owl are Mythological character and animal associated with this month. This moon sign, which indicates restrain and hindrance is also called the Summer Moon. People born under this sign though patient with all conventional processes in life, be it in any sphere of life, are not averse to ‘change.’ In fact, they hold change as an important factor in all arenas.

“I am a God who sets the Head afire with Smoke”– This is the translation of the Ogham consonant ‘duir.’ A warrior, the Dagda, is the God of Oak tree that is linked with this month along with the white horse as one of the animals. The oak tree is known for individuality and strength. This moon sign, which indicates strength, security is also called the Bear’s Moon. People born under this moon sign are highly integrated and endurance power.

“I am a Battle-Waging Spear”– This is the translation of the Oghamconsonant ‘tinne’ which is pronounced as ‘chihnn-uh.’ ‘Danu‘ is the goddess associated with this month and holy animal being the unicorn. This moon sign indicates encirclement and polarity. People born under this moon sign are physically strong and very practical. Their generous nature is what makes them admirable.

“I am a Salmon in a Pool”– This is what the Ogham consonant ‘coll’ means. This moon sign symbolizes the Crone moon and is also called the ‘Moon of the Wise.’ Oghma, who is also the god of writing and eloquence is the deity that rules in this month and salmon is the animal linked to the month of coll. People with this moon sign are characterized by wisdom and have good communication skills that are influential in nature.

“I am a Hill of Poetry”– This is the meaning of the glyph, ‘muin.’ This moon sign indicates celebration. ‘Branwen,’ who happens to be the sister of ‘Bran’ is the deity and the white swan is the animal linked to this month. People born under this moon sign possess good socializing skills and can handle and stabilize any situation that goes wrong when in a group. They have a very receptive mind and often follow their instincts.

“I am a Ruthless Boar”– This is the meaning of the glyph, ‘gort’ which is pronounced as ‘go-ert.’ This moon sign is a symbol of buoyancy and resilience. ‘Epona‘ and boar are the goddess and animal respectively, that are associated with this month. Characteristics like sincerely pursuing personal goals and for personal causes are found in these people which they can utilize productively.

“I am a Threatening Noise from the Sea”– This is what is deciphered from the Ogham glyph consonant ‘ngetal’ which is pronounced as ‘nyettle.’ This moon sign symbolizes home and manifestation of truth. It is also called the ‘Winter Moon’ and the ‘Hearth Moon.’ Red-eared white dogs are the ominous animals linked with this month since they bring the news of death. Believers of this calendar have different opinions and options for the deity that rules this month. They are ‘Arawn‘ or ‘Breton.’ Characteristics like being secretive about their abilities and motivating factors are found in people born under this moon sign. However they are not an expert in using these powers carefully hence need to be careful.

“I am a Wave of the Sea”– This is the meaning of the glyph ‘ruis’ which is pronounced as ‘roo-esh.’ This moon sign is associated with completeness. This particular tree was used for exorcism, bringing prosperity, banishment and healing as it has related magical powers. ‘Cailleach‘ and the raven is the holy figure and animal respectively, associated with this month. People born under this moon sign are very adjusting and hence are able to live under any conditions. They love variety and keep trying new things. That is why they also manage to create many memories.