The Characteristics and Examples of an Absolute Monarchy

It might not be as popular as democracy, but absolute monarchy does prevail in some parts of the world. In this Historyplex post, we will give you an insight of the characteristics of absolute monarchy and also put forth some historical and modern examples of the same, so as to make it easier for you to understand the concept.

Home / Uncategorized / The Characteristics and Examples of an Absolute Monarchy 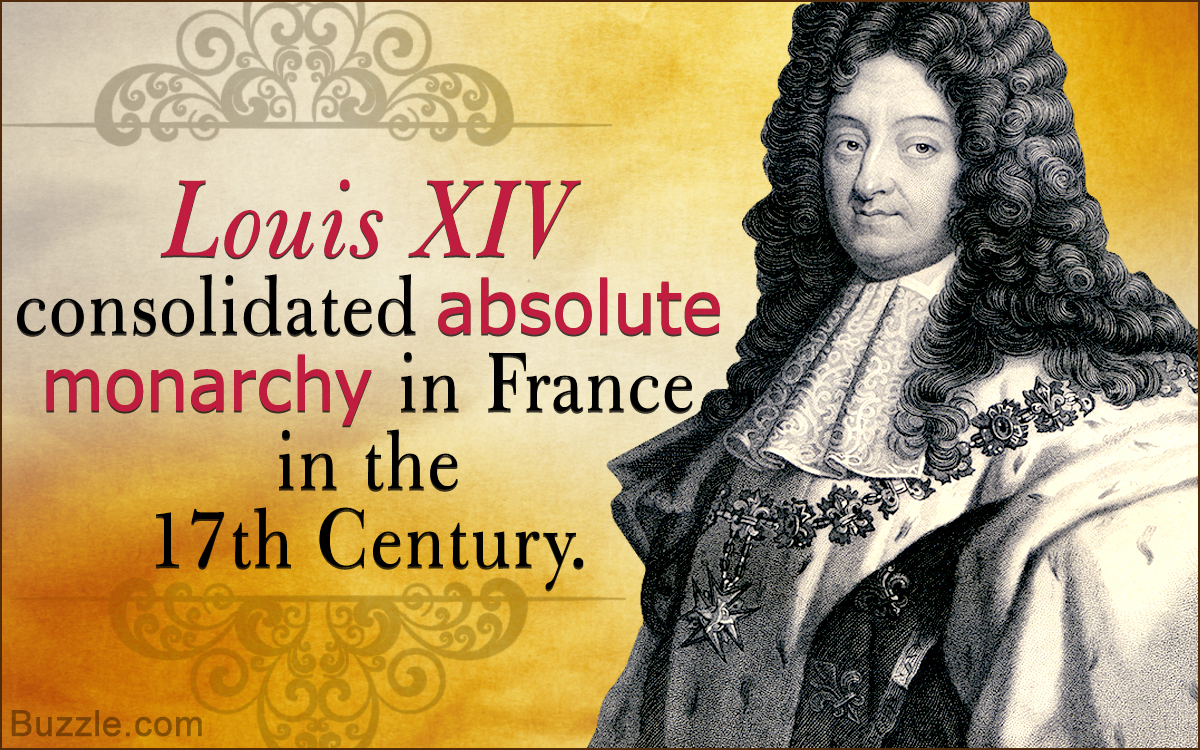 It might not be as popular as democracy, but absolute monarchy does prevail in some parts of the world. In this Historyplex post, we will give you an insight of the characteristics of absolute monarchy and also put forth some historical and modern examples of the same, so as to make it easier for you to understand the concept.

In 1973, the then King of Swaziland, Sobhuza II declared a state of emergency in the country, which continues to be in effect even today. That should give you a rough idea about the power a king enjoys in absolute monarchy.

Swaziland is an absolute monarchy. It does have constitutional provisions and even follows Swazi Law and customs, but it is the king who is the head of the state and has prominent powers at his disposal, including the right to appoint the Prime Minister from the legislature. The current king of Swaziland is Mswati III, the successor to Sobhuza II. While Swaziland is Africa’s last remaining absolute monarchy, there are quite a few countries in the Middle East that have this form of government.

Swaziland is a textbook example of absolute monarchy, with king Mswati III having complete authority over the cabinet, legislature, and judiciary of the country. Basically, absolute monarchy is a type of monarchy where the monarch, i.e., the head of state usually by hereditary right, exercises absolute or unrestricted power over the sovereign state and its people.

Now that shouldn’t really come as a surprise, considering that monarchical absolutism has been backed by ‘the divine right of kings’ theory since ages. The said theory states that kings derive their authority from none other than the God, and therefore, no authority on the planet can hold them accountable for their actions. That gives monarchs the right to rule as autocrats.

✦ An absolute monarchy is a form of monarchy where the ruler rules a state and its citizens (i.e., his subjects) without any legal or political interference.

✦ In this form of government, power is usually passed onto children or family. Simply put, the transfer of power is either hereditary or marital.

✦ Absolute monarchy is different from limited monarchy, as it is neither legally bound, nor restricted by laws or a constitution.

✦ In this case, parliament and other government institutions may exist, but they are largely powerless or symbolic, and the monarch has the right to alter or dissolve them at will.

✦ In some absolute monarchies, only those individuals who are handpicked by the monarch are allowed to participate in the functioning of the government.

✦ Absolute monarchy is different from constitutional monarchy, where the monarch is more or less a ceremonial figurehead subject to a constitution.

✦ Though the absolute power rests in the hands of the monarch, in practice this form of government is counterbalanced by political groups.

Absolute Monarchy Examples in the History

Of the historical examples of absolute monarchy, one that stands out is the reign of Louis XIV, who established this form of government in France. A monarch of the House of Bourbon, he ruled as the King of France and Navarre from May 14, 1643, until his death on September 1, 1715. His reign, which lasted for a whole of 72 years and 110 days, is the longest of any monarch in the history of Europe as far as major countries are concerned.

He was succeeded by his five-year-old great grandson, Louis XV. Not surprisingly, Louis XIV is widely considered the most famous absolute monarch of France.

In Russia, absolute monarchy by divine right existed until the Revolution of 1905. Of the several monarchs that ruled Russia during this period, the most celebrated and most controversial name was Peter the Great. He first served as the Tsar from May 7, 1682 to November 2, 1721, and then as the Emperor from November 2, 1721, until his death on February 8, 1725.

Another name that frequently features in the list of famous absolute monarchs of Russia is that of Catherine the Great, who served as the Empress from July 9, 1762, until her death in November 17, 1796.

In England, the Tudor dynasty ruled the Kingdom of England and its realms from 1485 to 1603. Its first monarch was Henry VII, who served as the King of England and Lord of Ireland from August 22, 1485 until his death on April 21, 1509. On the other hand, the last monarch of the dynasty was Elizabeth I, the Queen of England and Ireland, from November 17, 1558 until her death on March 24, 1603.

Even Oman follows the system of absolute monarchy, wherein the sultan is given all the legislative, executive, and judicial powers. The current monarch of Oman―their de facto prime minister―is Sultan Qaboos bin Said Al Said. Sultan Qaboos has the distinction of being the longest-serving ruler in the Middle East.

In Qatar, the Emir of the State of Qatar is the head of state. The current monarch of Qatar is Emir Sheikh Tamim bin Hamad bin Khalifa Al Thani. Interestingly, Tamim has the distinction of being the youngest reigning monarch in the world.

Trivia: Even the Vatican follows absolute monarchy, but the head of the state―the Pope is elected, and thus, it is considered an absolute elective monarchy. That makes the Pope the only absolute monarch in Europe today.

Most countries with absolute monarchy have time and again come under the scanner for their authoritarian nature and human rights violations. The brighter side though, is that some countries, such as Morocco and Bhutan, have successfully moved from absolute monarchy to constitutional monarchy.