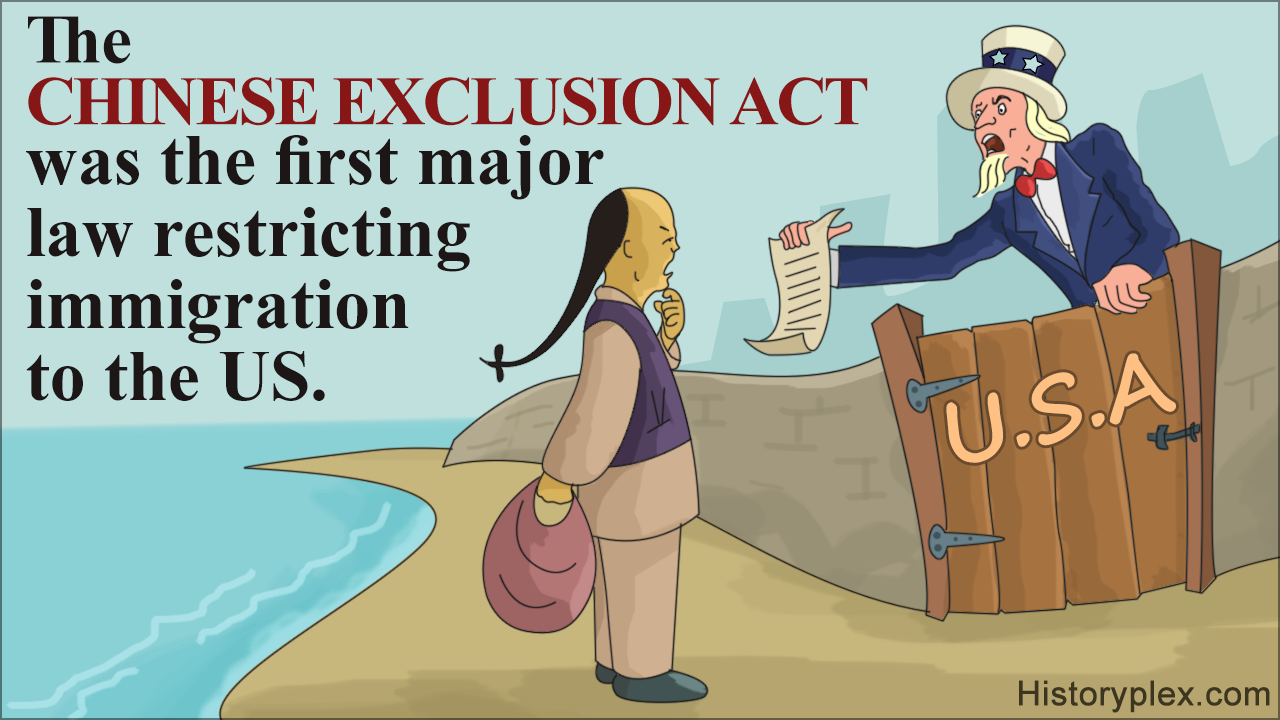 Modern United States is a pluralistic society, composed of people from different ethnic origins. Immigrants have traditionally been drawn to this country by its reputation as the ‘land of opportunities’, and, in turn, they have helped shape its society in their own way, without which it wouldn’t be the superpower it is today. While America’s immigration policies may be under debate today, there have been a few regrettable periods in its past, when racial identities played an important role in their formulation. The Chinese Exclusion Act of 1882 rightly fits this description.

One of the main reasons for America’s rapid industrial development in the middle of the 19th century was the Transcontinental Railroad Project. Workers arriving from China provided the main labor force for this railroad, which connected distant parts of the vast country, besides making communication faster. But they did not receive any recognition for their sacrifices. In fact, these workers were even excluded from the celebrations of the project upon its completion in 1869.

What Was the Purpose of the Chinese Exclusion Act?

This was a Congressional Act which was signed by President Chester A. Arthur on May 6, 1882, which intended to ban the immigration of Chinese laborers to USA for the next ten years. Its summary is as follows:

When the California Gold Rush began in 1848, it brought with it the promise of wealth, attracting Americans and immigrants alike. A large part of these immigrants were Chinese, who faced abject poverty back home owing to a civil war. They had initially planned to make money and return to their families in China. However, soon, the reserves of gold began thinning out, and these immigrants were forced to seek long-term jobs.

In the 1860s, authorities from the Central Pacific Railroad began hiring laborers to work on the Transcontinental Railroad Project. Most American laborers were unwilling to work on it, but the Chinese excelled in such backbreaking work, and were a favorite of employers, especially because of their readiness to work for low wages. These immigrants had to send money back home to feed their families, apart from paying back merchants who had helped send them to America, and hence, gladly accepted low wages, since these were more than they would earn in China. In fact, these laborers were so instrumental in the construction of the railroad, that the US and China signed the Burlingame Treaty in 1868, which granted freedom from persecution to immigrants from either country.

In the post-Civil War years of the early 1870s, the American economy was in a mess, resulting in large-scale job cuts. Many labor unions began blaming the Chinese for wage reductions and employment issues, as they agreed to work for much lower pay than their white counterparts. In fact, American laborers had traditionally demanded higher wages. Moreover, some thought that the Chinese had been sending large quantities of gold found in the mines back home, which was affecting the American economy.

Meanwhile, the Chinese laborers retained their customs and established close-knit communities in the country, without integrating into the mainstream. Rumors spread that areas with significant Chinese populations had turned into dens of prostitution, gambling, and opium abuse, thus threatening American culture. On the other hand, many people, including senators, also held the racist argument that these Asian immigrants were diluting the superiority of the white race. Many states passed laws forbidding marriage between the Chinese and whites.

As the dislike for the Chinese grew in America, the government found it hard to balance the feelings of Americans with the country’s relations with China. Meanwhile, ethnic riots broke out in parts of the country, where white miners targeted the Chinese, resulting in several deaths in San Francisco in 1877, and in Denver in 1880. In this backdrop, the US and China reached an agreement, wherein China agreed to the US limiting the number of Chinese immigrants, without prohibiting them completely.

However, as the political clout of the labor unions grew, Congress stepped in and tried to pass the first version of the Chinese Exclusion Act in 1881, which aimed to prevent Chinese immigration for twenty years altogether. President Chester A. Arthur vetoed this bill, saying that it was too harsh. The Act was finally signed by the president on May 6, 1882, with the period of prohibition decreased to ten years.

The signing of the Chinese Exclusion Act had a strong and almost immediate impact on the number of immigrants. While this number had been close to 40,000 in the year 1881, by 1883, it had dropped even lower than 250. One reason for this decrease was, though it applied only to workers involved in mining, others had great difficulty in proving their profession, and most were simply deported back from the harbors.
Besides, the Act led to a total breakdown of families, as the immigrants who had entered the US prior to its enactment were predominantly men who sent money back home. They feared visiting their families, thinking they might be deported on their return. The entry of Chinese women was already restricted under the 1875 Page Act, which assumed that they were responsible for the rise of prostitution in the country.
While initially the Act was meant for a period of ten years, it was given a further extension of a decade in 1892, by the Geary Act passed by Congress. This placed even more restrictions on the Chinese, by making them carry certificates of identity and residence, which contained their photographs and personal details. Anyone found without such a certificates could be deported or sentenced to a year of hard labor. The Chinese Exclusion Act was extended indefinitely by Congress in 1902, by passing the Scott Act.
The Chinese government considered the 1882 Act to be a direct insult. However, they were in no position to influence America via their diplomatic relations. But in the early 1900s, as increasing news of discrimination reached China, local merchants lead a boycott against American goods. Though the government had no role in it, the protests were unofficially allowed to continue. When the US expressed its disapproval over the issue, the government pulled back, and without support the protests died out in a few months.
On April 18, 1906, an earthquake and ensuing fire in San Francisco destroyed all citizenship records stored in City Hall. This prompted many Chinese to claim the city as their birthplace, hoping to become naturalized citizens, which would allow them to bring their families over to the US. This sudden onrush of immigrants prompted authorities to establish an immigration station specifically for the Chinese, at Angel Island in San Francisco. The real goal of the government was to deport as many immigrants back to China, by asking them difficult questions about their ancestral places. Here, immigrants were detained for weeks, months, and sometimes for even years at a stretch, as they waited for their turn.
While the Chinese faced the entire brunt of this Act, it played to the advantage of Japanese immigrants, who took over where the Chinese influence had reduced. The outcry over the success of the Japanese prompted the government to entirely prohibit immigration from Eastern Asia in 1924.
In 1940, a fire destroyed the immigration station at Angel Island, leading the US to abandon it. Moreover, the country entered World War 2 in 1941, and found an ally in China, who was invaded by the Japanese in the same year. To improve their bilateral relations and boost the morale of the beleaguered nation, Congress passed the Magnuson Act on December 17, 1943, which allowed Chinese immigration for the first time since 1882, and allowed previous immigrants to become naturalized US citizens. The prejudice behind this Act is evident, by the meager 105 immigrants it allowed per year. It was only in 1965 that Congress finally removed the explicit discrimination against Chinese immigrants, by passing the Immigration and Nationality Act.

The Chinese Exclusion Act was one of the dark phases in American history. On June 18, 2012, the House of Representatives apologized for this Act, which ended up oppressing innocent immigrants for almost 80 years, and severely tarnished the country’s image. 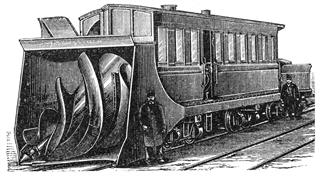 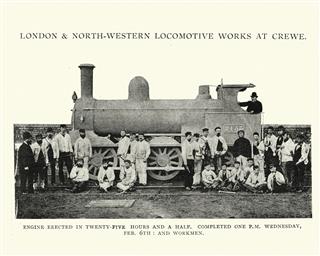