All About the Colony of Georgia: History and Important Facts

The colony of Georgia was one of the first states to join the American Union, and the last British colony to be founded in America. Historyplex will tell you more about the history of the Georgia Colony, besides other interesting facts.

Home / Uncategorized / All About the Colony of Georgia: History and Important Facts

The colony of Georgia was one of the first states to join the American Union, and the last British colony to be founded in America. Historyplex will tell you more about the history of the Georgia Colony, besides other interesting facts. 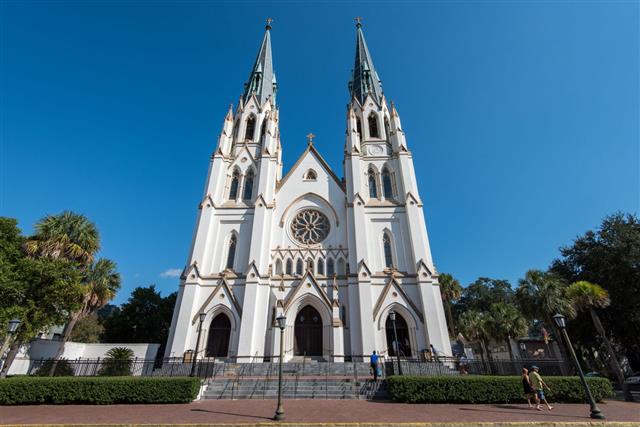 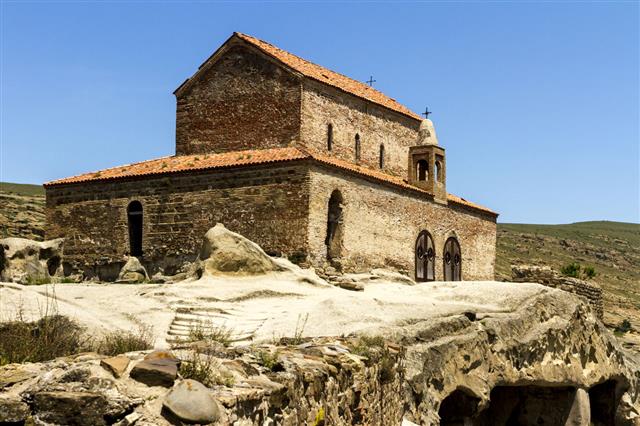 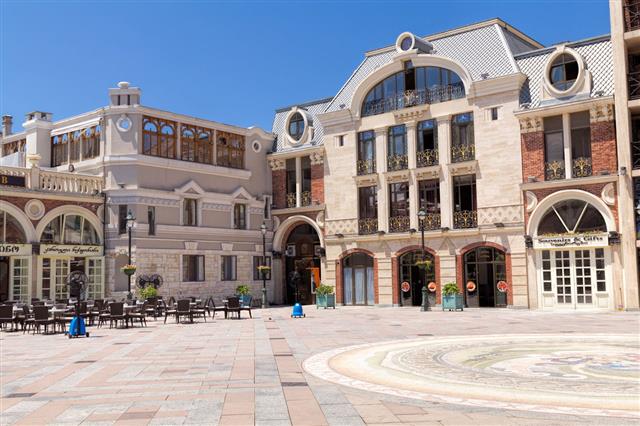 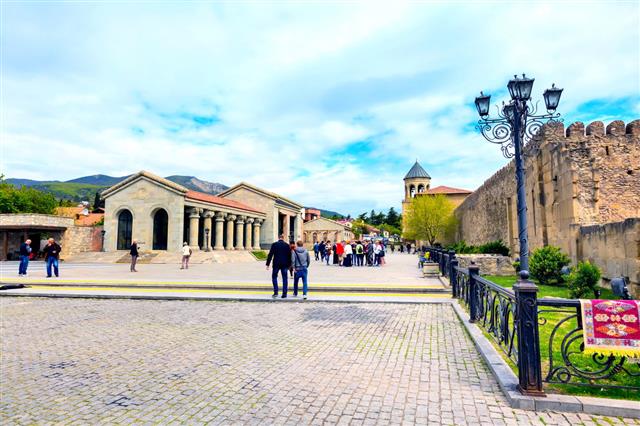 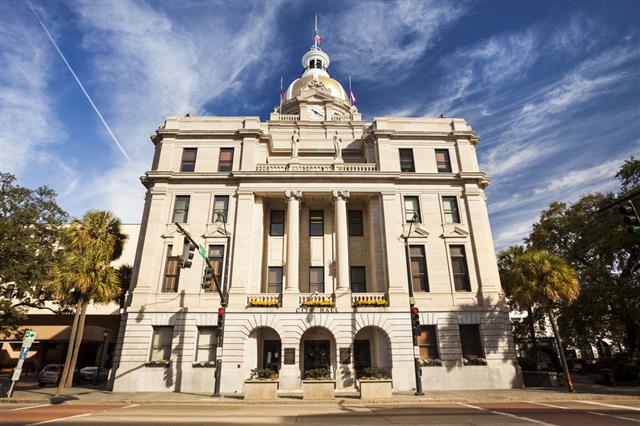 It is believed that lawyers were prohibited from entering the colony of Georgia, but no documents have been found to prove this fact.

Georgia was the last British colony in North America, founded after a gap of almost five decades. Its founder, General James Oglethorpe had envisioned its future as a land where all are equal and no class barriers exist, though his dream couldn’t survive the onslaught of time. Being closely involved in working with the poor and destitute, he claimed that the land would serve as a refuge for the ‘deserving poor’.

Oglethorpe had a dream that the citizens of Georgia will ‘cut down trees, build houses, fortify towns, dig, and saw the land’. While practical considerations forced him to change his plans, Georgia certainly drew deserving people not only from Britain, but from all of Europe. It withstood attacks from the Spanish and sometimes even the Native Indians, but kept growing larger, even drawing immigrants from other colonies.

This province perhaps played a crucial role in protecting Britain’s interests in the Americas, by serving as a military stronghold against other colonial superpowers. In fact, its founder once even remarked that he expected the ‘sturdy farmers’ of Georgia to stand up against the Spanish and the Indians.

James Edward Oglethorpe, a general in the British army and a later member of parliament, first expressed the idea of a colony to serve as a new beginning for British tax debtors. He was already well-known in Britain for his philanthropic work and for bringing the poor conditions in Britain’s prisons to the public eye. The prisons were overcrowded with dismal living conditions, so he thought it would be a good idea to shift inmates to America, where there was ample space for all.

Oglethorpe created a charter together with 21 trustees for the administration of the colony, which they named Georgia, in honor of King George II. Finally, the king ratified the charter on June 9, 1732, and the trustees began selecting the first batch of settlers to travel to the colony. Though initially intended as a haven for the persecuted and poor, the trustees had to change the plan, and choose from skilled people like bakers, tailors, laborers, carpenters, masons, and painters.

The charter had strict rules, which prohibited the trustees from owning land or making profit, because it was presumed that they were on a humanitarian mission. In fact, the motto of the trustees was ‘Non sibi sed aliis’, which roughly translates as ‘not for the self, but for others’. It also abolished the trade of rum, because it supposedly caused idleness, and also prohibited slavery, as James Oglethorpe thought that slavery went against British ideals.

Donations were received from charitable individuals and organizations for the long trip across the Atlantic. Finally, Oglethorpe, along with 116 selected settlers arrived in Georgia, on February 1, 1733. On a bluff overlooking the river Savannah and the sea, he founded a city that he named after the river. They began clearing the land and setting up boundaries. Oglethorpe visited the chiefs of all the Indian tribes for their support. Each debtor was given 40 acres of land for cultivation, which could not be sold. Soon, persecuted people from all over Europe, such as Salzburgers and Protestants, began migrating to Georgia. Oglethorpe became the first governor of this province.

Oglethorpe not only looked after the administrative and economic needs, but also the military aspects. When Georgia was about to be founded, the Spaniards had claimed the land as part of their own colony Florida, which England conveniently ignored. During a war between England and Spain in 1739, using his military experience and genius, Oglethorpe not only defeated the enemy, but even drove them away from the state forever.

Georgia was designed to be a utopian experiment, but problems soon began cropping up. The debtors complained that some had received fertile lands while others had to toil on unproductive soil. Despite several years having passed since the planting of the colony, it had not progressed much, compared to neighboring colonies. People blamed the abolition of slavery and liquor for their shortcomings. Since mulberry trees were found to be growing in the wild, an experiment was tried to set up a silk industry in Georgia, but despite best efforts, the trees were found unsuitable for making silk.

The charter was valid for 20 years, at the end of which, the king declared Georgia as a royal colony in 1752. From then on, the settlers could elect their own assembly, and the governor would be appointed by the king. Slavery and trade in rum were allowed, both of which made Georgia famous. Oglethorpe returned to England in disagreement, never to return again. Georgia grew rapidly, and till the revolution, had a population of around 50,000, half of which were slaves. During the American War of Independence, Georgia became the fourth state to ratify the constitution and join the Union, on January 2, 1788.

◆ Georgia was the last colony to be founded out of the 13 British colonies. It was founded 50 years after the previous 12.

◆ Before the British arrived, Georgia’s original inhabitants were the Cherokee and Creek Indians.

◆ The reasons for founding Georgia were three-fold. It was to serve as a haven for incarcerated debtors and other criminals from England; it was to serve as a ‘buffer’ to protect the other British colonies from French and Spanish threats; and it was to offer refuge to persecuted protestants in Europe.

◆ Georgia originally included land between the Savannah and the Altamaha rivers.

◆ The 1732 charter granted freedom of religion to all, excluding Catholics and Jews. However, later, a few Jews arrived and they were allowed to stay. Catholics were not allowed because religious wars had broken out in England in the previous year, and Catholics were considered troublesome.

◆ John Wesley, the founder of the Methodist Church, accompanied Oglethorpe from England to preach to the settlers and convert the Indian tribes to Christianity.

◆ In the first 20 years, settlers had no say in their government. It was controlled by the trustees from Britain.

◆ Georgia was the only colony which received subsidies via an act of the British parliament. It was also the only province in which the British Government was actively involved.

◆ Georgia was a proprietary colony from 1732 till 1752, which meant that it was managed by a board of trustees in Britain. In 1752, citing failure of the trustees in managing it, the king declared it as a royal colony.

◆ Georgia, as a royal colony, provided Britain with deerskin, leather, naval stores, indigo, pork, beef, lumber, and rice. It carried out a highly successful fur trade with the Indian tribes.

◆ Georgia was one of the 13 original British colonies to fight against the British during the Revolutionary War.

Georgia played an important role in both, British and American history, being the last British colony in the New World. Despite being founded on noble concepts, the idea of a slavery-free society was probably too new for the time, and tragically, slavery finally found a way back in. 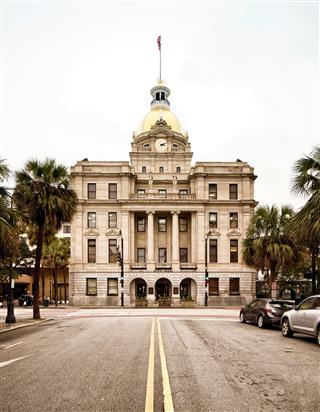 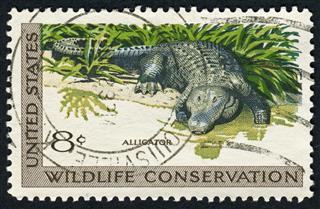 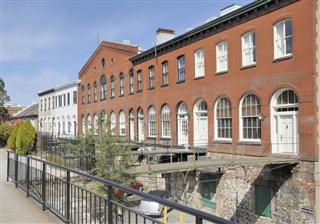