A Brief Comparison of Expansionism and Imperialism

Both expansionism and imperialism are interlinked and project ulterior motives of a dominant nation. Historyplex provides an interesting analysis of expansionism vs. imperialism.

Home / Uncategorized / A Brief Comparison of Expansionism and Imperialism

Both expansionism and imperialism are interlinked and project ulterior motives of a dominant nation. Historyplex provides an interesting analysis of expansionism vs. imperialism.

The Texas Board of Education controversially revised the school textbooks by replacing the word Imperialism with Expansionism in a bid that the word imperialism gave a negative depiction of America’s land acquisition policies.

When the Hellenic inspirations of Alexander the Great influenced Greek expansionism in the ancient world, it absorbed cultures and set new boundaries, but it was unlike the imperialistic nature of the Roman Empire that extended its political boundaries with sheer military force. Imperialism and expansionism may slightly differ in conceptualization, but both the policies have a common goal―that of acquiring new territories to rule.

Expansionism, as a concept, connotes an underlying, inevitable business, something that 19th-century thinkers and politicians ascribed to a divine mission or ‘Manifest Destiny’. Imperialism, however, connotes subjugation and domination, irrespective of the motive. The world has many such examples of expansionism and imperialism throughout history.

Imperialism is a policy of expanding a country’s power and regulate through diplomacy or military force.

Expansionism is a policy of territorial or economic expansion.

◆ The word imperialism originates from the Latin word for empire imperium, which denotes supreme command or authority. It was first originally coined in France in the 1830s to refer to an enthusiast of the former Napoleonic empire.

◆ The term is popularly used to trace the rapid colonization policies of European countries during the eighteen and nineteenth centuries. Politically, the term refers to aggressively channelize annexation of sovereignty and territorial dominion over distant overseas territories through military conquests. It also refers to collateral political or economic control of powerful nations over weaker nations.

◆The greed to subject new territories under one rule has always motivated the conquest of foreign lands; it would also mean the monopolization of raw materials from the foreign lands for monetary gains.

◆The spread of religion in the respective colonies especially through missionary activities was the primary aim of the European countries during the imperialistic years.

◆Another motive was to solve internal conflicts of the weaker nations through military intervention, thus giving the powerful nation the right to enter and govern new territories.

◆The industrial revolution caused extensive expansion policies of the European countries over the Asian and African continents to gain new territories for raw materialistic gains. The need for a constantly expanding market for products caused expansionism over the entire surface of the globe; thus, the means to gain economically can be termed as ‘Capitalist Expansionism’.

◆An economic expansion is marked by increased production with labor gains and exploitation of resources from the weaker nations. The associations between mercantile capital, empire building, and colonial ventures had already been secured by the late eighteenth century. Capital inducted in the triangular trade between England, Africa, and the Caribbean region had a heavy impact on New World Iberian colonies. The African slave trade, for example, provided labor force for Brazilian and Caribbean sugar plantations that produced sugar for the western Europe and North America markets. Colonial capitalism was indeed a sign of global finance capitalism.

◆Taiwan had been a Japanese possession since 1895; the Russo-Japanese War of 1905 spread Japanese influence in the Manchuria region of mainland China. In 1910, Japan formally annexed Korea. After taking part in World War I on the Allied side, Japan politically gained the former German territories of Tsingtao and some Micronesian islands in 1919.

◆In September 1931, the Japanese army thriftily shifted to Manchuria after an explosion at a railway line near the city of Mukden. Japanese leaders took this opportunity to set up what they called the autonomous state of Manchukuo, although in reality the state was subjected to military rule. In the backwash of the encroachment, Japanese delegates walked out of the League of Nations after the League supported China. In 1937, Japanese and Chinese troops jarred at a border crossing near Peking, resulting in war. Japanese soldiers moved quickly southward and conquered the city of Nanjing along with large territories of the Chinese coast.

◆Japanese military elites believed that capturing areas like Korea was vital to secure Japan’s security position in the East Asia region. In addition, the reputation of the military was largely based on battleground successes, meaning imperial expansion encouraged military prestige.

◆Industrialization also favored the expansion of the country’s empire because of the availability of raw materials. It invested in plantations in its colonial territories by growing sugar in Taiwan, soybeans in Manchuria, and rice in Korea. These goods proved highly beneficial to develop the commercial side of Japan’s economy through merchandising with the United States and Europe.

◆The United States ushered its expanding policies since the close of the Revolutionary War, initially moving westward as its population increased from 5.3 million in 1800 to 23.2 million in 1850. These expansionist aspirations were fueled by the need for fertile lands, latest economic opportunities, and a sense of ‘manifest destiny’ during the 1840s, the decade in which the United States faced fastest territorial growth.

◆It politically gained vast parcels of land in the west through the Louisiana Purchase of 1803 and acquired Florida and the Gulf Coast east of the Mississippi from Spain through the Adams-Otis Treaty of 1819. During the 1830s, American settlers were occupying lands in Mexican-owned Texas, ahead of government interventions into these territories. After battling Mexico, Anglo settlers in Texas won independence in 1836. A similar situation took place during the 1830s in Oregon Territory, which was arrogated by both the United States and Great Britain. As American settlers began preferring the fertile Willamette Valley, Britain and the United States sought for a negotiated resolution to the problem.

◆James Polk is regarded as one of America’s most aggressively expansionist presidents. During the course of his four years as chief executive, he set most of the United States’ present borders as a nation. In 1845, he signed a treaty with Great Britain that rendered the US as a northern boundary at the 49th parallel and acquired the present-day Oregon, Washington, and Idaho. In 1846, he declared war with Mexico and ended up with a stunning victory in which Mexico surrendered to the US the present-day states of Arizona, Utah, Nevada, California, much of New Mexico, and portions of Wyoming and Colorado. A further treaty with New Grenada provided the US with the Isthmus of Panama, paving the way for the construction of the Panama Canal.

◆The 19th-century thinkers and journalists coined the term ‘manifest destiny’ in 1845 for America’s expansionism, meaning that it was God-given circumstances to acquire all the land within the American continent. The US signed a treaty with China in 1844 that gained diplomatic relations and trade possibilities between the two countries, for which America took over the Pacific ports.

◆Since American merchandisers needed to make layovers during the course of the long journey from California to China, the United States became a formidable presence in Pacific islands like Fiji, Samoa, Hawaii, and the Marshall Islands, establishing itself as a emerging Pacific power. Within sixty years, America became a major world power in the Pacific with crucial territorial holdings and commercial interests.

Other Expansionist and Imperialistic Examples

◆Historians have termed the late-nineteenth-century quest for conglomerate as “new imperialism.” This was multifaceted, as some nations attempted a direct form of imperialism called colonialism. Other nations opted for a more indirect form of supremacy whereby arrangements were accomplished between Europeans and indigenous leaders. No matter what form the new imperialism took, it was certainly due to economic interests.

◆Throughout the 19th century, Britain extended her world empire quests, and in 1843, the British gained Natal in South Africa. In 1867, the Dominion of Canada was founded. Following the Great Mutiny (Sepoy Rebellion) in 1857, the British gained political and economical footing in India, which came to be known as the ‘Crown Jewel of the Empire’. India remained under British control until 1947; it was the last of the crown colonies to obtain freedom. With the conclusion of the Opium War in 1842, China became part of the British Empire when Hong Kong was annexed. Other territories which added to the list of British possessions include Gibraltar, Ceylon, Singapore, Australia, and New Zealand. Australia was granted a self government in 1901 and New Zealand in 1907.

◆Germany acquired Togoland and Cameroon in 1884 and 1885, respectively and gained control over German East Africa. Italy acquired Somaliland in 1889, but endured a major blow with its defeat at the Battle of Adowa in 1896 at the hands of the Ethiopians (the first European power to be defeated in Africa). From 1860-1890, France broadened her ascendance over Indo-China, while Spain and Portugal colonized from Guinea and Angola in West Africa and Mozambique in East Africa.

◆As the European influence grew with its merchants, troops, and even missionaries flooding Asia and other parts of the globe, this New Imperialism took control over the political landscape of Asia. Swept under the New Imperialism wave, the Dutch claimed Indonesia, and they traded with Japan, an achievement no other European power could accomplish until the mid-19th century.

As political theorist Vladimir Lenin puts in, “Imperialism and expansionism reflect the ‘highest stage of capitalism.'” The European goal on intending to bring mercantilism, civilization, and Christianity to the rest of the world led to a lasting legacy of European imperialism in Asia, Africa, and the rest of the modern world. 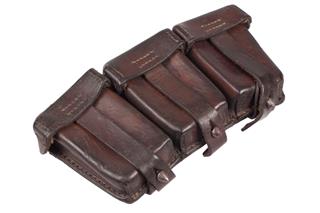 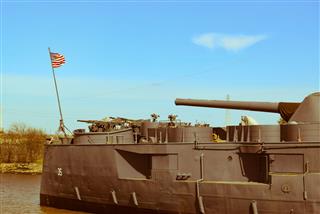 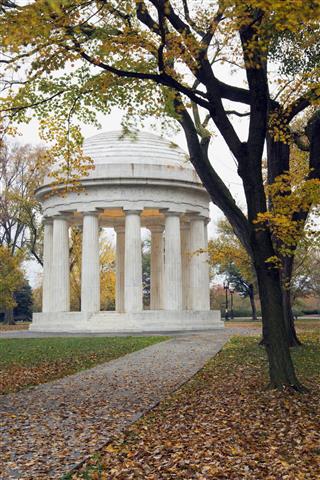 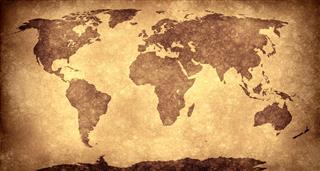