The Humiliating and Inhumane Conditions in Nazi Concentration Camps 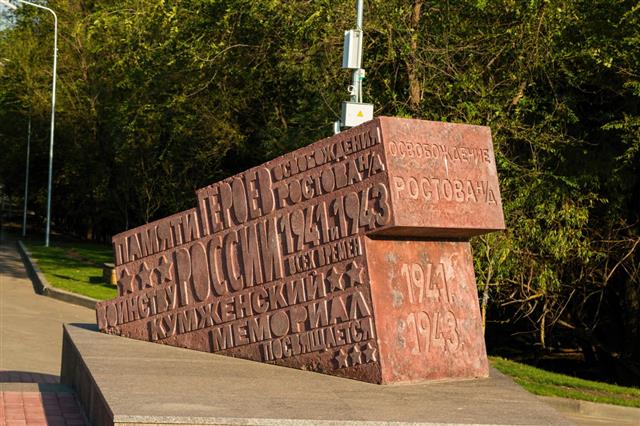 What would you call a place where human beings were brought in flocks, enslaved, stripped off their clothes, beaten brutally, and finally, left to die in misery? Hell? Definitely not, the concentration camps in the Nazi era apparently made hell look like a better place to live. Birth in a race unacceptable to the ‘rulers’ was the only offense, that made people ‘eligible’ for landing in a Nazi concentration camp. Human beings were brought here, only to be slaughtered by other human beings, supposedly ‘superior’ to them. Extermination may seem like an alien term, totally inconceivable to the egalitarian generation of today. But, for those who lived these camps, life was a small sacrifice they made for taking birth in an ‘inferior’ cult.

After Adolf Hitler ascended as the Chancellor of Germany in 1933, ‘Nazi’ remained the only political party in the Germany.

The event of ‘Reichstag Fire’ created a critical situation in Germany, which forced the parliament to grant ‘dictator powers’ to Hitler. Hitler, then made sure that all the other political parties were suppressed.

Nazi, then emerged as the sole ruling party, and started inflicting draconian laws in Germany. The Nazi philosophy believed, that only humans of Nordic descent had a right to live in Germany. Thus began the attempts to eradicate the Jewish population (about 566,000) from Germany.

After Adolf Hitler ascended as the Chancellor of Germany in 1933, ‘Nazi’ remained the only political party in the Germany.

Concentration camps or the Konzentrationslager, were the ultimate outcome of Nazi policy of eradicating anyone ‘undesirable’.

The concept of concentration camp, finds its origin long before the World War II, but their notoriety only increased when they were used as an aid for the Holocaust.

Although, 90% of the concentration camps were populated by Jews, the remaining 10% comprised members of other political parties, journalists, prisoners of wars, clergy, or anyone who attempted to contradict the Nazism. Other group of victims that endured the wrath of Nazis included homosexuals, disabled, Russians, and people of Slav origin.

People would be transported to the concentration camps by freight cars, cattle cars, or passenger trains. The ordeal would begin as soon as they stepped onto the car. These cars were often filled up to twice of their capacity. People would be crammed in like animals, without a place to sit.

Many people would die during the journey to the concentration camp itself due to the lack of food and water. Those who survived were destined to endure more torture.

Upon arrival at the concentration camp, all the inmates had to undergo a ‘selection’ procedure, which identified their group. Healthy and strong men formed one group, while women, children, and elderly were put into another.

Horrendous practices of tearing the families apart were followed in the concentration camps. Soldiers particularly aimed at separating the people of the same family. People would be then stripped off their valuables, and an identification number would be tattooed on their forearms. This snatched away the identity of the victims and left them as nothing more than a mere inmate, at the mercy of German soldiers.

Groups of people would be sent to their respective barracks, which hardly offered conditions worth living in the concentration camps. They were made to sleep on the bunkers with straw mattresses, which were often infested with lice and other rodents.

At the concentration camp, the day for the inmates would normally begin at the crack of dawn. They would be made to stand for hours together, for their roll calls. When the roll call was finally over, they were served a breakfast of a slice of bread, ground acorns, and water. The midday meal consisted of a soup of potato peels and beet, while the dinner was just another slice of bread. People resorted to eating grass and roots in order to survive.

The group of healthy and strong individuals was made to do hard, laborious job throughout the day. They were beaten inhumanly if they failed to perform their daily tasks or made an error. The treatment to the inmates varied depending upon the purpose for which the camp was set up. However, none of the concentration camps believed in giving humane treatment to the inmates, the torture was more or less similar in all the camps.

In extermination camps like Auschwitz, people were killed in gas chambers or bullets were fired through their body. The dead would be given an unceremonious farewell by burying them in a large gravel or dumping them in trucks and transporting them to crematoria.

Concentration camps during the holocaust, dehumanized the inmates in every possible way. If they escaped the gas chamber, there was always a bullet waiting to be drilled through their body. If not, death would still be lurking around the corners of the shady barracks in the form of some disease.

The ordeal finally ended when the Allied forces liberated the Nazi concentration camps by the end of World War II. However, the horrendous experience in the concentration camps rendered the people physically and psychologically weak, and made them unfit to survive in the changed circumstances.

Finally, there were a few who exhibited a remarkable courage and defeated the odds with their outstanding will power. Many of them later penned down the reminiscences of their life in concentration camps, for the future generations to learn.

“Everyone worked so hard, got beaten up … and came back to the camp – the exhaustion alone pushed him to the bunk to lie down and sleep throughout the night and get enough strength so that he or she might be able to do that again tomorrow. In the morning, sixty percent of the six people in the bunk did not wake up. The other forty percent went over the pockets of the dead people to find a piece of bread. The hygienic condition was very, very poor in that period. I remember that I searched a dead body in the bunk ,and I found a piece of bread. That piece of bread was crawling with lice and you shook them off the bread and put it in your mouth and ate it. We all were crawling with lice. Taking a shower was not an option. To get out in the morning, to walk toward the barrack where there is water, running water & endash; you didn’t want to walk through mud. If you walked through the mud you probably lost a shoe and then you had to go barefoot. So, it would be damned if I do and damned if I don’t. Those were the conditions.”

Nightmares of concentration camps, still haunt the memories of the survivors. Holocaust shattered the lives of millions and developed a rift among the races. It symbolizes an ultimate cry of despair and issues a warning to humanity. Let us hope that it remains an isolated incidence in the history of mankind.