Cultural assimilation believes in a homogenous, rather than a diverse society. Historyplex reveals more about this concept, by telling you the definition of cultural assimilation, along with its examples for better understanding. 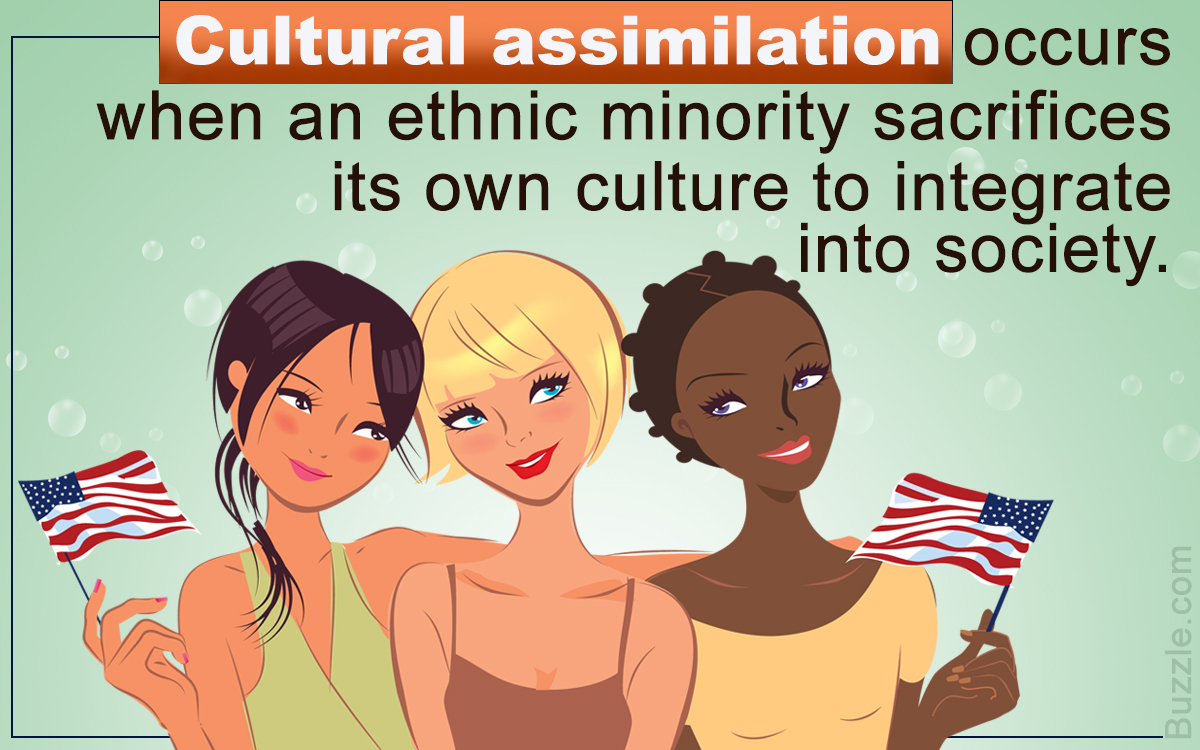 Cultural assimilation believes in a homogenous, rather than a diverse society. Historyplex reveals more about this concept, by telling you the definition of cultural assimilation, along with its examples for better understanding.

The rate of immigration to the United States quadrupled after 1970, and doubled after 1990.

The world we live in is better connected today than ever before. Improved transportation and communication systems, interlinked economies, and plain technological improvements have ensured that more people travel across the globe for the purpose of education and employment. This has not only increased awareness among distant cultures for each other, but has even brought them closer together. Compared to the past, when the only influence a society had was on its neighbor, all modern cultures share common influences, resulting in the birth of a global society. As a result of such close interaction, it is obvious that different communities will have an impact on each others customs. The phenomenon of cultural assimilation is an example of such an interaction, which is explained below.

Cultural assimilation is the concept in sociology in which an ethnic minority adopts the beliefs, languages, and customs of the dominant community, losing their own culture in the process. This phenomenon usually occurs when two or more communities come into contact with each other, due to a shared geographical boundary, or immigration. Once this happens, they cannot help but affect each others culture.

Cultural assimilation may be a voluntary process or a forced one, depending on the situation in which the communities interact. A minority community may voluntarily choose to become a part of the majority culture, if this is viewed as being superior, or provides them with a route to improve their status in society. On the other hand, an invading civilization may force the conquered people to adopt their practices, by issuing threats of persecution or death, as has happened historically. However, such forced assimilation usually has negative repercussions for the conquered civilization.

In recent times, cultural assimilation is mostly associated with the rising levels of immigration in developed countries. In this situation, such assimilation occurs if the dominant culture in the host country shows less tolerance for other cultures. However, this ideology has an increasingly negative perception among people, and is being substituted for a pluralistic or multicultural approach, which views diversity as beneficial for the country.

The first attempts towards cultural assimilation of the Native Americans were seen in the 16th century with the arrival of European colonizers in America. The Spaniards began a program called the ‘Encomienda System’, to educate the natives in European customs and convert them to Christianity, while using them for labor. Later, the US government started a forced assimilation program in the 19th and early 20th centuries, wherein the Indians were forbidden from practicing their traditional ceremonies, and were compelled to give up their land, and attend public school and church. The impact it had on native culture can be seen by the fact that, as of 2014, only about 154 languages of the erstwhile 300 were being spoken.

When the US was founded, 4 out of every 5 citizens belonged to the White Anglo-Saxon Protestant (WASP) group of North European ancestry. The first immigrants following independence were Germans, Scandinavians, and other people from North and Western Europe. Being well-educated, skilled, and of similar heritage, these immigrants were quickly assimilated into American society. However, later immigrants were from South and East Europe, such as the Polish and Italians, who were considered racially and culturally inferior by the WASP group, and, as a result, had trouble integrating into the mainstream. These immigrants were Catholics, as opposed to the Protestant orientation of the WASP group, and were less-educated or skilled, making them seem undesirable. After a controversial assimilation policy, where these immigrants were encouraged to sacrifice their roots, they had largely been assimilated by the mid-20th century.

Australia was inhabited by natives called aborigines long before the arrival of the Europeans. These tribes have faced explicit discrimination since then, having their lands usurped by settlers, after which they were forced into cities where they were considered inferior to the whites, and segregated. After the end of World War II, the government began issuing certificates to those aborigines who wished to be treated as equal citizens. However, to obtain this ‘exemption’ certificate, an individual had to break off all ties with his community, and even his own family. In effect, this policy encouraged aborigines to adopt a Western standard of living in order to improve their dismal living conditions.

When Spain reconquered the Iberian peninsula from the Moors in the 15th century, it began enforcing the Catholic religion. These Moors were Muslim invaders who had ruled the peninsula for more than 700 years. This period saw an increase in the number of converts to Judaism and Islam. The following inquisition ordered all these converts to either return to Catholicism or leave the country. By doing this, the Spanish Crown aimed to destroy opposition and punish any dissenters who might destabilize the kingdom from within. To avoid persecution, many converts officially reconverted to Catholicism, but continued to practice their old religion in secrecy. The inquisition continued right until the mid-19th century, when it was abandoned by the Crown.

The West Indies was colonized by Europeans beginning in the 17th century, after overthrowing the indigenous Arawak Indians. The resulting infrastructure of the colony, first used by the White colonizers, and then by the Africans, was strongly European in nature, with some influences of the local culture. Later, with the arrival of more Europeans, Asians, and Africans, more cultural elements were added to West Indian society. One characteristic feature of West Indian culture was that, though various societies gave their own contributions to it, these were slowly assimilated into the native society. As a result, modern West Indies has a population of mixed ancestry, but its culture is distinctly Creole (influenced by natives).

The ideology of cultural assimilation has a controversial reputation, especially because it believes in a comparison between cultures. Each time an individual or group from a minority community lose their culture to a dominant community, the world is robbed of a trove of cultural wealth that may be several centuries old. This also takes away the chance from the dominant community of learning and benefiting from an interesting culture that they have a little chance of encountering in their lives.