Did India Actually Get Independence Because of WW2?

India was going through a political, religious, and patriotic turmoil. It no longer wanted to fall under the imperial shadow of the British empire, various boycott movements broke out in the country along with the nation going to war as British aid. There were several catalysts behind the Indian Independence and WW2 just happened to be one of them. Historyplex elaborates on the situation: Did India get Independence because of WW2?

Home / Uncategorized / Did India Actually Get Independence Because of WW2?

India was going through a political, religious, and patriotic turmoil. It no longer wanted to fall under the imperial shadow of the British empire, various boycott movements broke out in the country along with the nation going to war as British aid. There were several catalysts behind the Indian Independence and WW2 just happened to be one of them. Historyplex elaborates on the situation: Did India get Independence because of WW2? 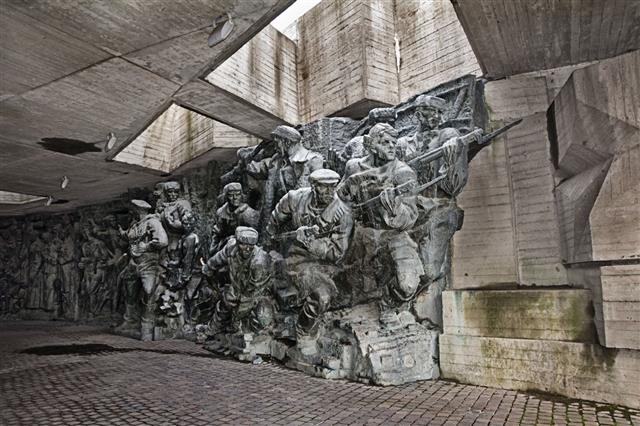 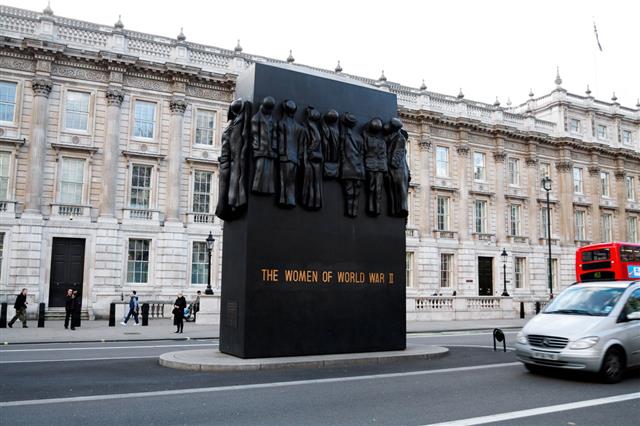 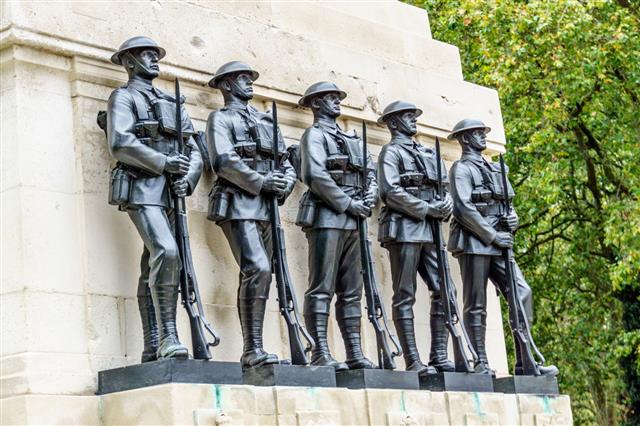 Around 2.5 million Indian troops were sent out to fight the Axis powers under the British empire during WW2.

“The sun never set on the British Empire” this statement would have probably come true for the mammoth British Empire that spanned over 13,000,000 square miles had it not been for the disastrous World War II. During her imperial reign, India was referred to as “The Jewel in the Crown,” but the political movements within the colonial territory took a worse turn during the war period.

Even as India provided assistance to the British, the demand for freedom rose through numerous uprisings and conflicts which paved the way for India’s independence movement. The non-violent means to attain freedom projected by Mahatma Gandhi gained momentum during World War II and accordingly caused great stress on the Britain’s policies, coercing them to recognize the implications of the Swadeshi movement. Additionally, Britain’s economic and human resources were worsened by the war campaign. Moreover, the Japanese were gaining control over the British colonies in Burma. All these factors pushed Britain to realize that it had lost control of India. These sentiments were echoed by Clement Attlee, the Prime Minister of Great Britain when he called India a ‘state of great tension’ during his speech to the House of Commons after the war. Thus, granting freedom to its favored colony became a necessity after World War II.

➔ The Indian Independence movement had begun with the Great Mutiny of 1857 but it was World War II that finally brought momentum to the agitation. After war broke out in September 1939, the British instantly dragged India into the conflict without conferring with the nationalist leadership.

➔ The Muslim League readily supported the war on Germany thereby promoting its own interests of creating a separate nation, Pakistan. During the war, the League became progressively potent increasing its membership to over 2 million people.

➔ On the other hand, Mahatma Gandhi urged the British Government to talk terms with Hitler. The largest political party Congress however did not support this policy, Jawaharlal Nehru believed that India should negotiate for freedom instead. Congress backed Nehru and rejected the declaration that India was at war with Germany without consultation.

➔ Before the onset of World War II the strength of the British Indian army was around 2,20,000 native soldiers. With the commencement of war, it grew over ten folds and branched out into naval and air force units. The army remained funded under the British crown throughout the war, several Indian industries saw unbelievable evolution during war e.g. small warships were built and an aircraft factory came into existence in Bangalore which is now known as Hindustan Aeronautics Limited.

This invariably laid the foundation for the Indian Army that subsists today.

➔ During the initial stages of war, Japanese forces seized Rangoon and jeopardized entry into the Indian Territory. The British concentrated all its power to defend the Indian northeast frontier from falling under Japanese invasion by sending in military aid.

➔ After the Pearl Harbor bombings it became evident that India would be the next Japanese target, hence Stafford Cripps was sent as an envoy to negotiate a deal stressing India’s full support in the war. Moreover, Britain did not want India to get involved with the Axis forces and hence Cripps proposed a choice for independence by offering a full ‘Dominion status’ which gave the right to leave the Empire and Commonwealth when the war was over.

He further offered a deal that said any province not wishing to join India could obtain independence by becoming a free country. Congress rejected this proposition and called for a full cabinet government with consolidation of all Indian states into one nation. The British declined this proposal thus starting the largest non-violent independence movement called Quit India. As the situation worsened British actively crushed the movement with over 1,00,000 arrests and disintegration of the Congress.

➔ Within the country’s borders lay a dormant Indian National Army, an armed military unit formed by Indian nationalists in 1942. The main aim of this army had been the oust of British rule from India. During the World War II in 1943 it was revived again under the leadership of Subhas Chandra Bose who was also known as Netaji. He started recruiting bitter prisoners of war who had served the British Indian Army but later captured by Japanese in Singapore.

Under his leadership INA pledged allegiance with the axis powers and with the use of guerrilla tactics planned to invade India through Burma. However, the untimely death of Netaji in 1945 in a plane crash and the defeat of the army at Burma brought about its downfall. After the end of World War II, captured INA soldiers were put on trial for treason and awarded death penalties.

➔ Probably, the largest man-made famine in history was the Bengal famine of 1943 that killed around 4 million Indians. 1943 witnessed bad harvests due to WW2. To make the situation worse, Burma which was the main source of food for Bengal had been seized by the Japanese and therefore food stocks were running low. Bengal lacked any other food source and lay at the mercy of Great Britain. British Prime Minister Winston Churchill on purpose ordered fewer food stocks in order to stop the invading Japanese army and cut their food supply.

➔ The battle of Kohima broke out on 3rd April, 1944, when the Japanese army with the assistance of Bose’s INA attacked a British garrison. The British forces low on supplies and human resources defended themselves for nearly two weeks before support arrived. The Japanese ran out on food supply and incurred heavy losses from British reinforcements which forced them to retreat.

The battle of Imphal lasted longer than Kohima, after five months and heavy losses, the Japanese army accepted its defeat thus marking an end to its imperialist ambitions.

➔ After WW2, it became increasingly difficult for Britain to hold a colony as huge as India. In February of 1947, the British government declared that India would be granted independence by June 1948. Louis Mountbatten, Viceroy to India, urged the Congress and the Muslim League to form a united country. Congress accorded with Jinnah’s view of creating a separate Muslim state in the Muslim dominated parts of western India (now Pakistan) and East Bengal.

The British could not contain the religious clashes that ensued between the two groups before the dawn of independence. Fearing the safety of British citizens within India, Lord Mountbatten on 15th July, 1947, furthered the date of transfer of power to August 15, 1947.

As WW2 ended, the British Empire had incurred heavy economical losses. The Satyagraha movement launched by Mahatma Gandhi hastened the political reforms within the country. The British Empire could not spend more money in containing these agitations and hence decided to retire themselves from the Indian soil.

Mahatma Gandhi’s non-violence principles and India’s independence inspired the repressed British colonies around the world to finally dethrone the mammoth Empire. In fact, if the Second World War had not taken place; the Britishers may have never left India. Maybe the 21st century would have dawned with imperialism still owning numerous colonies. 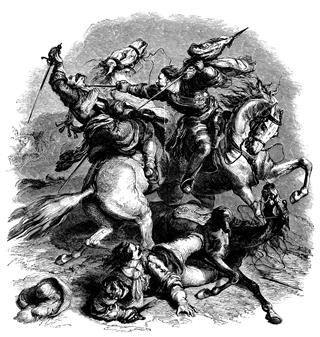 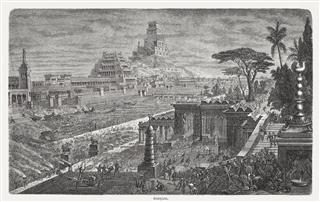 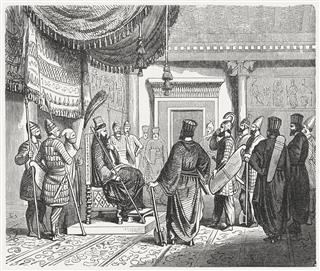