What Does Insure Domestic Tranquility Mean? 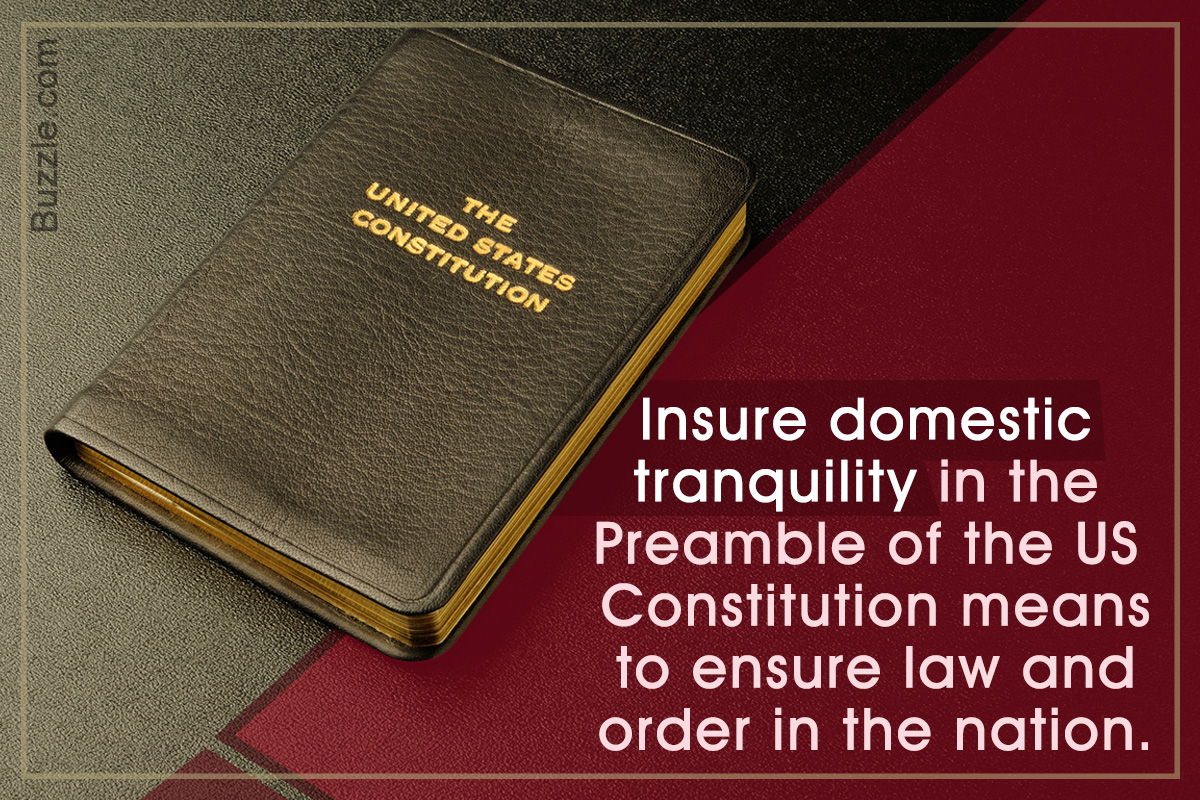 The words, ‘insure domestic tranquility’, are of prime significance in the Preamble. Let us take a closer look at the precise meaning of every word individually. In the phrase, ‘domestic’, roughly indicates ‘the country’; it indicates anything and everything that occurs within the country―work activities, the society, people’s welfare, etc. ‘Tranquility’ means peace, calm, protection, law, and safety issues. ‘Insure’ implies maintaining, ensuring, or preserving.

Thus, ‘to insure domestic tranquility’, means to ensure that peace and order (tranquility) exists in the country (domestic).

Domestic tranquility paints a picture of American citizens who can, without fear, exercise their rights and duties, work, enjoy and contribute to society, all within peaceful confines. It ensures peace and safety within families, neighborhoods, and communities. This, in turn, brings about safety and security in the nation.