Emergency in India (1975): Causes and Consequences

One of the darkest periods in the history of the Republic of India was the declaration of a state of emergency in 1975. Here's some info about the period, including what caused it and what it led to. 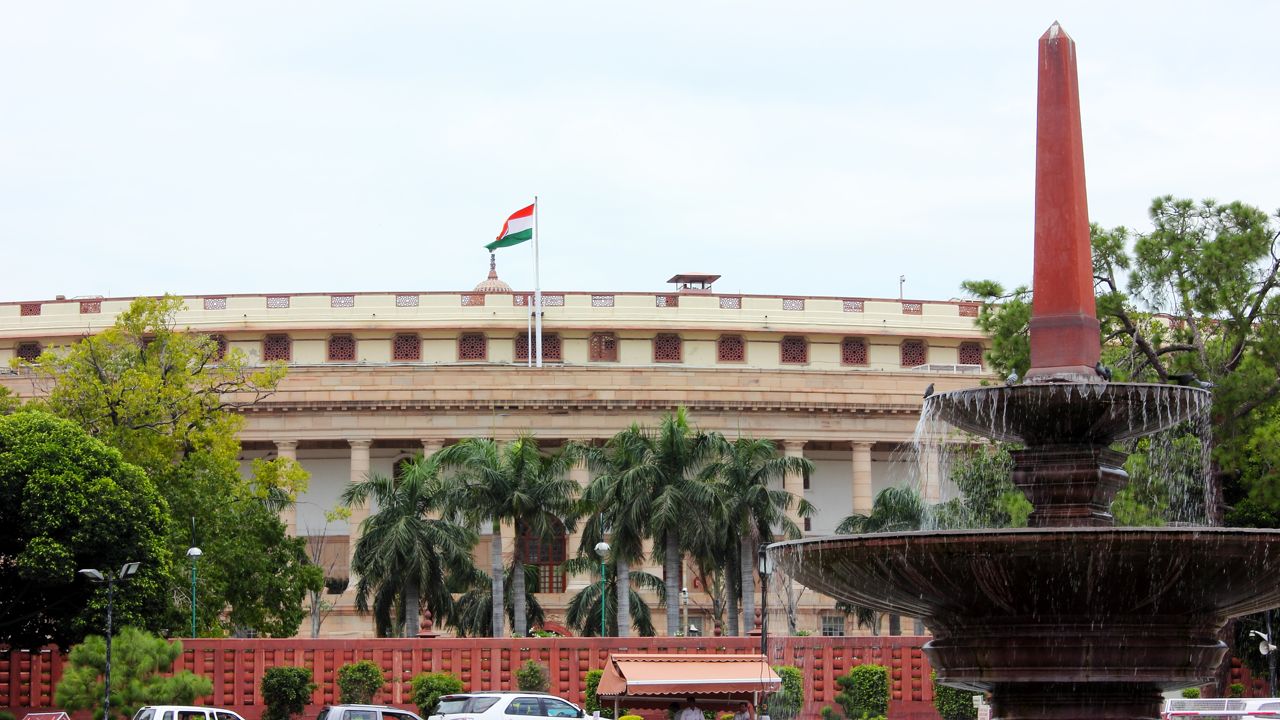 One of the darkest periods in the history of the Republic of India was the declaration of a state of emergency in 1975. Here's some info about the period, including what caused it and what it led to.

When the Emergency was announced, The Times of India  published an ‘obituary’ of the Indian democracy, as “D.E.M O’Cracy beloved husband of T.Ruth, father of L.I.Bertie, brother of Faith, Hope and Justica (sic) expired on 26 June”. The obituary and other similar protests, such as blank editorials, were used as excuses by the Indira Gandhi government to censor all media.

The Emergency was a 21-month period during which the Prime Minister of India, Indira Gandhi, declared a state of emergency across the country. This led to suspension of elections, severe curtailing of civil liberties, and censoring of all media. The passing of the Emergency, brought about by the President Fakhruddin Ali Ahmed, gave Indira Gandhi the power to practically rule by decree.

The Emergency is considered the darkest period in the history of the Indian democracy, and is considered a huge mistake on the part of Indira Gandhi. Here’s some more detailed info about the Emergency.

Background to The Emergency in India

It’s necessary to gain some preliminary knowledge about the instigator of the Emergency, Indira Gandhi, before we delve into the momentous decision.

Indira Gandhi was the daughter of Jawaharlal Nehru, India’s first Prime Minister and among the second generation of the famous Nehru-Gandhi clan. Nehru was succeeded as Prime Minister by Lal Bahadur Shastri, and after his death in 1966, Gandhi succeeded him to the seat.

She was a charismatic leader, popular particularly in the minorities and troubled groups of India, such as people of the lower caste, women, etc. Her ruthless, calculated political maneuvers and popular charm allowed her to concentrate incredible power in the PMO. Her son, Sanjay Gandhi, was influential in the political scenario despite not being elected to any position, and executed many actions thanks to the nepotistic tendencies of Indian politics.

Indira Gandhi was also criticized for her desire to control the judiciary of India. In the Kesavananda Bharati v. State of Kerala  case, the Supreme Court decided, in a 7-6 decision, that the Parliament had no right to alter the fundamental principles of the Constitution, even though it could bring about amendments. This led Gandhi to appoint one of the judges in the minority, A. N. Ray, to the post of Chief Justice of India. Ray had usurped three senior judges in acquiring this position, and the interference from the executive in matters of the judiciary was severely criticized all over the country.

Her opposition slowly started to gain strength through the 1970s, and the rising tension came to a head in the form of the case State of Uttar Pradesh v. Raj Narain.

Indira Gandhi faced charges of electoral misconduct over her victory from the Rae Bareli constituency in Uttar Pradesh in the 1971 elections. The case, decided in 1975, resulted in the more serious charges against Gandhi―such as bribery and forcing government employees to promote her case―being waved away, but her being convicted for relatively minor infractions such as misappropriating government property and getting the police to construct her dais.

The court declared the 1971 results in Rae Bareli null and void, and Gandhi was banned from holding elected offices for six years. Justice Jagmohan Sinha was responsible for the decision. The Congress party was given 20 days to replace Gandhi from her positions. However, Gandhi’s appeal to the Supreme Court was successful in canceling her eviction, though at the cost of getting her a conditional stay of execution, which banned her from voting in the legislative assembly and took away her privileges as a Member of Parliament. She was allowed to continue as the Prime Minister, but the reduction in her capacities would reduce the post to a mere moniker.

Though the charges brought against her had been relatively trivial, the opposition to the Congress government latched on to it and started demanding Gandhi’s exit. Jayaprakash Narayan, a Gandhian and socialist leader of the masses, had already instigated numerous agitations and protests against Gandhi’s administration in several states, and he came to the fore as Gandhi’s detractors started to gain power. Jayaprakash Narayan, known as JP, organized more protests across the country, aided by future Prime Minister Morarji Desai and labor leader George Fernandes. Student and labor unions were at the forefront of these agitations. JP had earlier demanded a ‘total revolution’ across India, even asking the Army and police forces to disobey Gandhi’s orders, which he claimed were unconstitutional and immoral.

Though the Gandhi-led administration would rightly be vilified for the declaration of the Emergency, the extreme reaction of Jayaprakash Narayan, Morarji Desai, and the likes, to the Raj Narain  case is considered by many political commentators as sufficient justification of Gandhi’s decision.

The intent of Jayaprakash Narayan to incite agitations in “every district headquarter” and ask the armed forces to disobey her orders led Gandhi to term it as a threat to national security. Citing a provision that allowed the Prime Minister to unilaterally declare Emergency without consulting the Parliament, Gandhi got the compliant President at the time, Fakhruddin Ali Ahmed, to sign the Emergency into effect, just before midnight on June 25, 1975.

The MPs were notified on the morning of June 26. Soon, Gandhi started to arrest her main political opponents and severely reduced civil liberties of the masses so that an organized uprising couldn’t form against her. She also implemented strict censoring rules on the press, allowing no unfavorable opinion against her administration to be published.

Raj Narain―Gandhi’s proximal opponent―and Jayaprakash Narayan were among the first to be arrested; other leaders of the Janata Party, including Morarji Desai, L. K. Advani, and Atal Bihari Vajpayee soon followed suit. M. K. Stalin, the son of M. Karunanidhi, leader of Dravida Munnetra Kazhagam, was also arrested and subjected to heavy abuse.

Elections for both state and central assemblies were suspended, and public meetings were severely restricted. Since Gandhi’s administration had the majority necessary to change the constitution or initiate new laws, Gandhi practically got the power to rule by decree. She would declare ‘Ordinances’ through the sympathetic President, which allowed her to even avoid the Parliamentary procedure. She also enacted policies that enabled her to divert any blame for scandals away from her office. The states of Tamil Nadu and Gujarat were brought under President’s Rule, the latter after the Gujarat administration had not carried out several of Gandhi’s unconstitutional orders.

National media was used virtually exclusively for government propaganda. Even minor deviations from the government’s regulations were not allowed. One newspaper was forced to cancel a birthday message for Jayaprakash Narayan; the editor of the paper published a blank page in protest.

One of the most controversial aspects of the Gandhi regime during this period is the forcibly carried out sterilization programs conducted by Sanjay Gandhi. Driven to reduce the nation’s population, which Sanjay Gandhi believed to be the root cause of many of India’s problems, countless Indians were forced to undergo family planning operations, regardless of their wishes. This has had a long-lasting impact on Indian policies, with administrations post-Emergency focusing on education as a means of reducing population instead of mandates.

The 42nd Amendment to the Constitution of India was brought about, completely changing the face of the proclamation, even the preamble. This amendment is now infamous as the Constitution of Indira. Among other changes, this Amendment limited the common man’s access to the Supreme Court, which was now all but a front for the Central government. This denial of the ultimate judiciary of the country to the majority was a particularly rankling change, and was a major point raised by Gandhi’s detractors against her administration.

Religious organizations such as the Rashtriya Swayamsevak Sangh (RSS) and Jamaat-e-Islami were also banned. The RSS, along with many Sikh organizations, remained a major force in organizing protest and agitations against the central administration. The RSS was noted as being “the only non-left revolutionary force in the world” by The Economist  due to their organization of peaceful satyagraha movements.

Racked by the protests against her administrations, Indira Gandhi finally lifted the Emergency on March 21, 1977; it officially ended on March 23. Sanjay Gandhi reportedly wanted his mother to continue the implementation of the Emergency for a few more years. In the subsequent elections, the Congress suffered a decisive loss, with both Indira Gandhi and Sanjay Gandhi losing their seats. Morarji Desai became the first Prime Minister of India not affiliated with the Congress party, breaking the hegemony of Jawaharlal Nehru, Gulzarilal Nanda, Lal Bahadur Shastri, and Indira Gandhi.

The Emergency is seen as a blot on the history of independent India and is frequently described as the time when India got the closest to becoming an autocracy.