Hmong people come from the mountainous areas just south of China. Due to political unrest and in search of farmland, they migrated southwards. Historyplex gives you a brief overview of the history, culture, and beliefs followed by this Asian ethnic group. 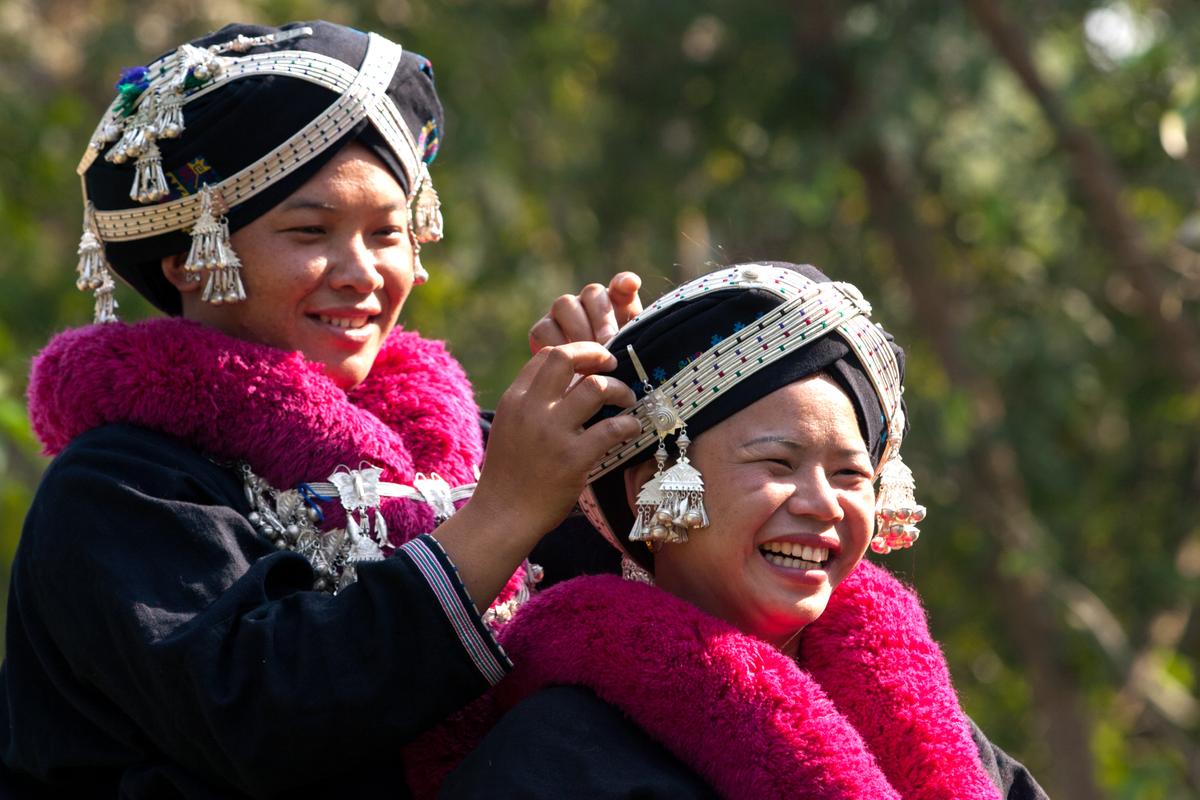 Hmong people come from the mountainous areas just south of China. Due to political unrest and in search of farmland, they migrated southwards. Historyplex gives you a brief overview of the history, culture, and beliefs followed by this Asian ethnic group.

Today, the US is home to about 260,073 Hmong people. They mainly reside in California, Minnesota, and Wisconsin.
― The U.S. Census Bureau

The Hmong people date back to 3000 BCE. Before moving to the south of China, they resided in China for 2,000 years. Post the Vietnam war, they set foot in the United States where they were recruited as spies by the CIA. When the US pulled out of the war, the Hmong people had no choice but to flee and find shelter in Thailand refugee camps because the new rulers oppressed them for anti-communist movement. By the late 1970s, some of them went back to the US to settle down. Some of them also occupied parts of Australia, Canada, France, etc.

After they lost the battle at the Opium War, they were forced to leave their land of origin. There are certain evidences of near past about their survival in the most undesirable condition. As they led a nomadic life, they were called “Miao”, literally meaning tribes/barbarians.

Respecting family members is one of their basic rules. One must address the eldest in the family first. They are very humble people and believe in not expressing themselves boldly. It is considered inapt to have eye contact while talking or listening. Where a smile on one hand is cordial, laughter is a sign of being disrespectful. These people respect their guests a lot. They don’t take or give an appointment before visiting. If one reaches their home during the mealtime, either the guest should dine with them or they will wait until the guest leaves.

Their staple food is rice. There are several types of rice: new rice, sweet rice, purple rice, sticky rice, and harvested rice. Rice being the staple of the land is eaten with a combination of vegetables, meat, and spices. The menu for special occasions includes roast pig or boiled pork soup, fruits, boiled eggs, egg rolls, seasoned meats, vegetables, rice, and salad.

Hmong food is famous for its peculiar blend of spices and sauces, of which fish sauce is very popular. They too follow the pattern of three meals a day, without any in-between meals. Though majority of the ingredients are same, their recipes differ. A bland vegetable soup (zaub tsuag) with no salt, oil, or any other spice (such as green mustard) is the only traditional drink.

In their community, marriage is a union of two families. There are various ways to decide how one can get married to the desired partner. To marry someone from the same clan is prohibited, as they are descendants of the same ancestor whose name is carried by the clan. According to tradition, if a boy wishes to marry a girl, he can kidnap (“zij”) her after making his intent clear. The girl’s family members are kept in the dark about this. However, an emissary from the boy’s side goes and informs the girl’s family about her safety. Once the girl enters the groom’s house, she is not allowed to leave the house for the next three days. It’s only after these three days that the wedding is conducted, which is a two-day affair.

Bride wealth is the price paid by the groom’s side to the bride’s family because now the girl’s family is one-member short to help with the household chores. The sum provided as the bride wealth is in terms of silver bars, livestock, or money, and it denotes the social position of the bride’s family. Polygamy was the tradition, but now it’s changing with time.

They had a tradition of introducing their clan before introducing themselves. Gradually, the name of the clan became a part of their name. The naming ceremony takes place on the 3rd day of the birth. Sacrifices are made, blessings are given, and words of wisdom are shared. Both genders have common names. A girl after getting married is known by her husband’s name; till then she is recognized either by her clan name or by her name. Married men and fathers are given an additional title along with the name they have since their childhood, also known as the adult name. Men prefer that they are called by their adult name. A ceremony takes place to provide adults with their new title.

Role of Males and Females

The Hmong follow the patriarchal system. Men enjoy an upper hand in the public, while the women have their power restricted to household decisions. Women usually are homemakers as they are deprived of education and also not allowed to do outside jobs; hence, their whole world gets restricted to their family. The women gain power as they grow old.

The men take important decisions in the family. They may consult other close family members and involve them in the process. The men take part in various rituals, which bring good luck and protect the family and household.

It is important to have children in their culture, and a son is preferred as he can offer sacrifices to the ancestors. Couples without a son can adopt or a male can marry and have another wife, in their desire to have a son. But the scenario is changing with the spread of awareness about the biological reasons which determine the sex of a baby. Thus, families who have only daughters are also gaining importance.

Hmong language is a tonal language, that is, though the word is same, the pronunciation differs as the stress on different syllables changes. Thus, music is connected to their spoken language. Similar to other cultures, even they have music for various occasions, be it happy or sad. These songs are sung by a couple, which describe the journey through various phases of life during a particular ritual.

They traditionally believed in “animism”. They are of the opinion that spirits live in a different realm and are independent of the physical bodies. They also practice “shamanism”, where the Shaman is a mediator between the two realms: earth and the spiritual realm. They believe that a person has 12 souls. This soul is different from the spiritual world as it dwells in the physical world unlike the spirits. They strongly believe in the presence of the supernatural.

Due to migration, relocation, and invasion of the French, the people got converted to Buddhism and settled in Thailand and other places in the Middle East. The people who were invaded by French were converted to Christianity by the missionaries who introduced Roman script to them and brought written form to them. The remaining people either got converted to some other religion, or they still follow animism and shamanism.

As Hmong people are believers of the supernatural, they think that sufferings are because of external factors and evil spirits. They believe that a person has 12 souls and symptoms of soul loss are weakness, nausea, dehydration, insomnia, or a dream of being with a stranger. The soul retrieval ceremony is held to bring the soul back. Retrieval of the soul calls for a sacrifice to be made. A shaman is the supreme spiritual healer. There are women who are shamans, but they don’t receive similar status to their male counterparts.

Any culture remains incomplete without having their own myths and legends. They are the mirror to human predicament across the globe. They teach us of the experiences of our ancestors, moral values, and also throw light on civilization, tradition, and conduct of the culture. The majority deals with themes of moral behavior, creation of man, etc. One of the stories from the legends tell what the vice of greed has to offer, with a moral to the story. Also, the myths and legends reflect the richness of the language used. They form the base of the literature of the community.