These Facts About the Egyptian Hieroglyphs Will Simply Floor You

Hieroglyphs were used by the ancient Egyptians as a writing system as far back as 3200 B.C. The word 'hieroglyph' is Greek and means 'sacred carving'. Hieroglyphs were distinct in a way that they combined the use of pictures or logos alongside the traditional alphabetic medium.

Hieroglyphs were used by the ancient Egyptians as a writing system as far back as 3200 B.C. The word ‘hieroglyph’ is Greek and means ‘sacred carving’. Hieroglyphs were distinct in a way that they combined the use of pictures or logos alongside the traditional alphabetic medium. 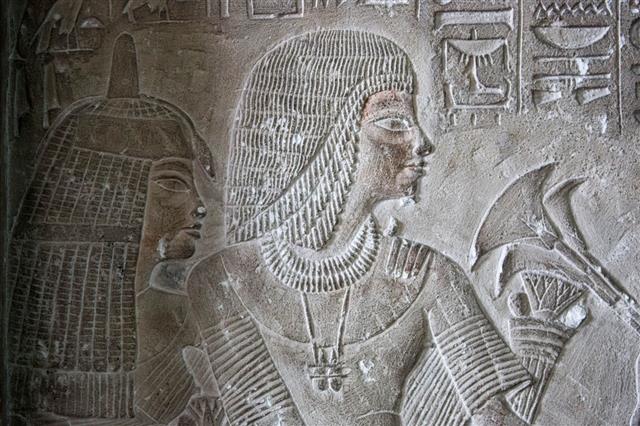 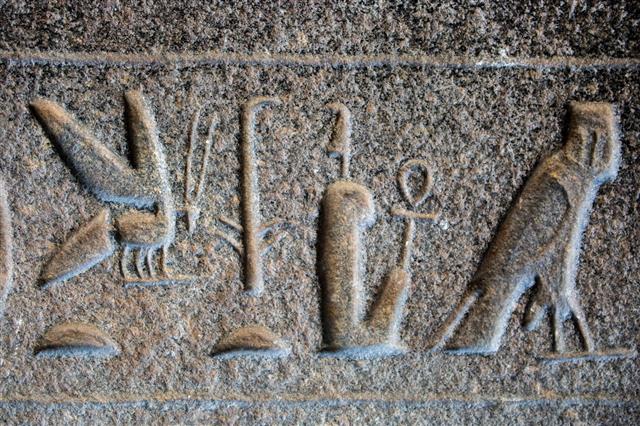 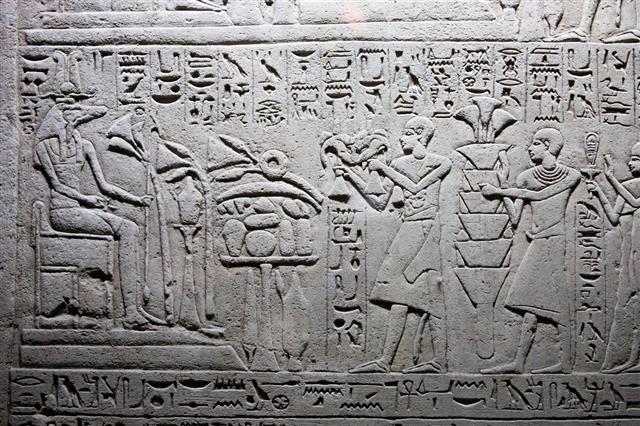 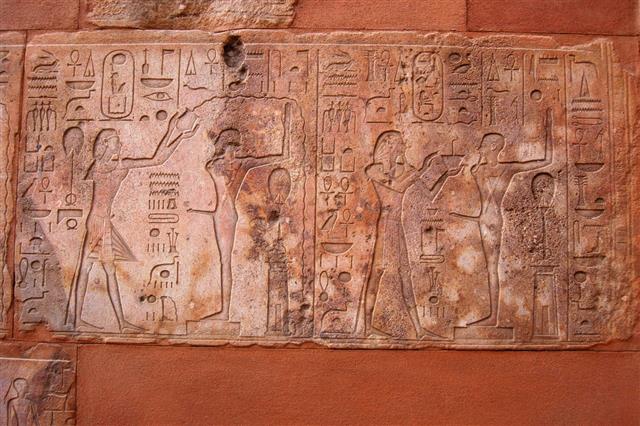 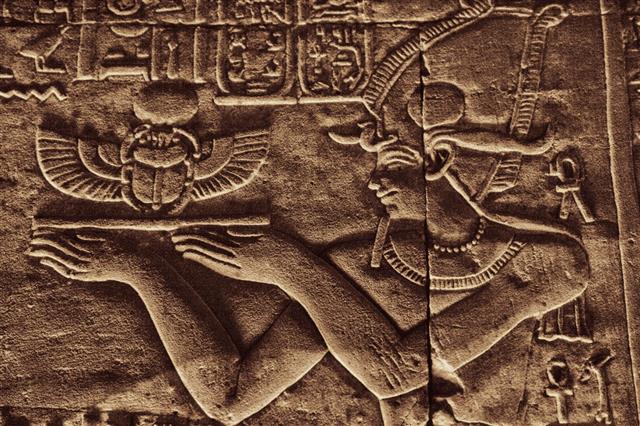 Egypt is not the only ancient civilization credited with having a picto-alphabetical form of writing. The hieroglyphic system is also found in the Maya and Indus valley civilizations.

Egyptian hieroglyphs have been a source of mystery and fascination for thousands of years. The entire system was based on ‘picture words’, and was therefore complex. In fact, these picture writings baffled linguists for almost 1,400 years, before some clues were found to their meaning. The hieroglyphs took a lot of time to learn and master due to their sheer numbers. Scholars estimate that there are in excess of 700 hieroglyphs found in the Egyptian writings.

The Hieroglyph structure was

The literal translation caused some problems in translating Egyptian hieroglyphs, because Western researchers thought that hieroglyphs were a mode of conveying mystical, magical facts, rather than just a language.

The development of Egyptian hieroglyphs could have been influenced by the Sumerian script, which developed before the Egyptian one, and developed in a region close to Egypt.

Finding the key to deciphering hieroglyphs was so difficult that in the 4th century BC, even Egyptians couldn’t read them!

Early attempts at deciphering Egyptian hieroglyphs were hindered by the wrong assumption that the language was symbolic (symbols represented what the picture depicted) rather than phonetic (symbols were used to represent sounds.)

Hieroglyphs had no convention of writing from one particular direction, i.e., they could be written from left to right, right to left, top to bottom, or bottom to top.

Hieroglyphs in ancient Egypt were everywhere, from monuments to tombs to vessels, metal and even wood. They are most often found on large stones or bas-reliefs.

Signatures and insignia of royal families and deities were also represented through hieroglyphs inscribed on stones called ‘cartouche’.

Scribes were trained in the art of reading and writing hieroglyphs from a young age. As most Egyptians were uneducated in those times, scribes were held in high esteem by the Pharaohs, and were even exempted from taxation and military service.

One can’t always write in pictures, it becomes difficult to explore emotions or abstract ideas. To get around this, the Egyptians also developed two other scripts called ‘Hieratic’ and ‘Demotic’. All these scripts were developed simultaneously, and where hieratic was a cursive form, the demotic, which is older, was used for letters and formal communication.

The art of the hieroglyphs was lost over the thousands of years when its usage was replaced by the Arab and Coptic scripts. Scholars also theorize that the rise of Christianity in the 3rd and 4th centuries A.D contributed to this, as the old hieroglyphs were deemed crude, and replaced with a mix of Coptic and Greek alphabets. The last known inscription in Demotic, dates back from the late 4th century A.D, found on the temple of Philae.

Dhul-Nun al-Misri and Ibn Wahshiyya were two Arab scholars who partly succeeded in deciphering the hieroglyphs.

Any discussion about the hieroglyphs would be woefully incomplete without its most iconic find. The Rosetta Stone today rests in the British Museum, and is one of the most popular exhibits there.

But back in July 1799, when Napoleon sent his troops into the small coastal city of Rosetta on the Egyptian coast, it was still part of Fort Julien, an important outpost for the French. Here, while undertaking repairs for the fort, an army engineer by the name of Pierre-François Bouchard discovered this famous stone embedded in the fort’s walls.

However, the French came under siege from the British and had to surrender. One of the terms of surrender was the transfer of antiques and discoveries made in Egypt to the British, and although fiercely contested by the French generals, the Rosetta Stone passed into British hands and was brought to England in February 1802.

A major blow to the understanding of this ancient language was the decision of Emperor Theodosius I, who ordered all the old Egyptian and pagan temples to be closed by imperial decree around the 4th century A.D., thereby officially preventing any further study of hieroglyphs and other ancient scripts. The Rosetta Stone was a major breakthrough because of its distinct features, namely having the same text in three different scripts, divided into three parts on the stone face.

The Hieroglyphic text makes up the top part of the stone. The Demotic script comes next, followed by the same text in ancient Greek.

The stone is 45 inches high, 28.5 inches wide, and 11 inches thick. The years used for construction have taken their toll and the stone is damaged on all sides, most noticeably on the lower right hand side, where there is a long diagonal cut. The hieroglyphs on top have suffered the most, although the Demotic script remains relatively unmarred and contains a total of 32 lines.

Scholars immediately latched on to the ancient Greek inscribed on the stone, as it was one of the old world languages still well-known. Stephen Weston is credited as having completed the first translation and given an oral summary of it in 1802. The translation of the Greek part of the text revealed that the stone was in fact a Royal decree, issued after the coronation of the Pharaoh Ptolemy V by the priests of Memphis.

The Demotic script was partly deciphered by Johan David Akerblad and Antoine-Issac Silvestre de Sacy. The hieroglyphs remained a challenge for a few years until the mathematician Thomas Young took an interest in them and deciphered a set of cartouches that translated to the name of the Pharaoh Ptolemy.

This was the insight the world had been waiting for. The meaning of the hieroglyphs was becoming clear, but no one had a clue as to how these words sounded. If a name could be translated, it would give an indication of the phonetics of the language.

Enamored by ancient Egyptian scripts and artifacts from childhood, Jean-François Champollion (1790 – 1832) made it his life’s ambition to study these cryptic texts and decipher their long-forgotten meanings. He learned several ancient languages in his teens, and at 19 years of age, was made professor of history at Lyceum in Grenoble.

Jean-François Champollion wrote an acclaimed thesis on ancient Egypt. His work on ancient languages brought him in contact with Silvestre de Sacy and later with Thomas Young, and he frequently corresponded with them with regard to the Rosetta Stone. As his studies progressed, he realized that each individual hieroglyph could represent a sound, phonetically, and not just names.

With this in mind, he began to develop a hieroglyphic alphabet, and was rewarded with the name of the Pharaoh Ramses II in the text. It was the obsession of Champollion that forced the Rosetta Stone to give up its secrets. Unfortunately, he died young and many of his scholarly works were published after his death.

Several other ancient manuscripts have since been discovered, some even predating the Rosetta Stone, such as the Canopus Decree, and our knowledge of hieroglyphs has advanced further with their subsequent translations.

In May of 2011, a battery-powered robot on wheels gained access to the uppermost tunnels in the Pyramid of Giza, and revealed red-colored hieroglyphs on the walls and floors, which were not seen for nearly 4500 years.

The mighty ancient Egyptian civilization is long gone. They have left behind huge monuments and thousands of artifacts that do justice to their long reign, and an indelible part of this legacy are the hieroglyphs, the ancient script of a people now lost to time. It is a matter of pride and duty for Egypt and the world to maintain its heritage, for it is the very history of mankind. 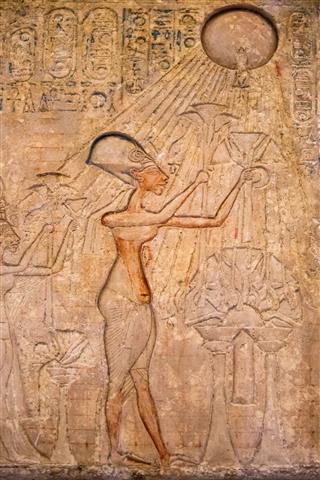 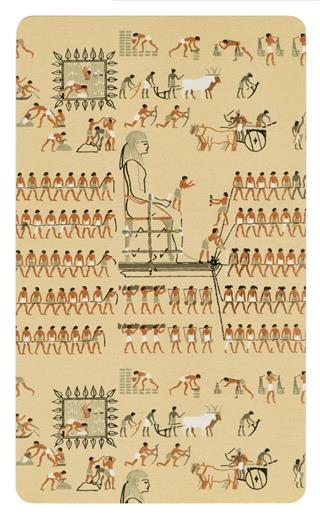 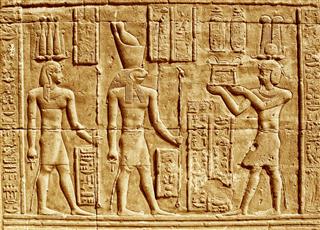 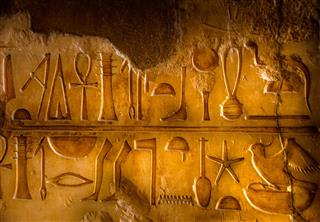 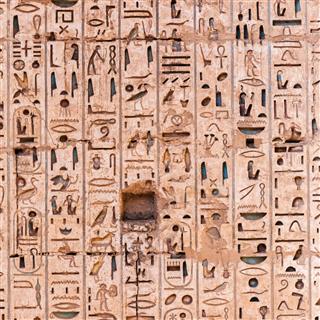